The 2012 Met Gala is definitely a time to experiment with fashion, but model Anja Rubik took experimenting to a whole new level on Monday night.

Rubik, who showed up on the arm of designer Anthony Vaccarello, was also wearing one of his creations: a cream-colored satiny dress with gaping holes in the, uh, chest and lower abdomen areas. Not only was Anja doing our favorite meme, Angelegging, but when we saw her in person on the red carpet, we were afraid more than just her leg was going to pop out.

It's not like Anja's afraid to show her body -- she posed for the famous Pirelli calendar in 2011. But, first Jessica White wore a dress cut up to there, and now Anja... is there about to be a whole new trend? Are hipbones the new cleavage?

And ... there's no way she's wearing underwear with that, right? Just sayin'.

Check out Anja's dress below and weigh in: is her look a fashion home run? 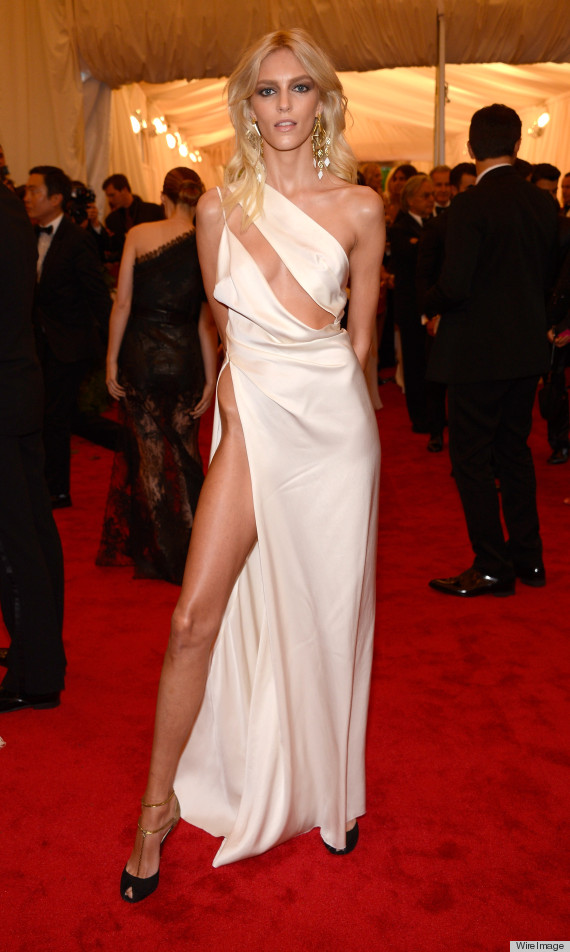 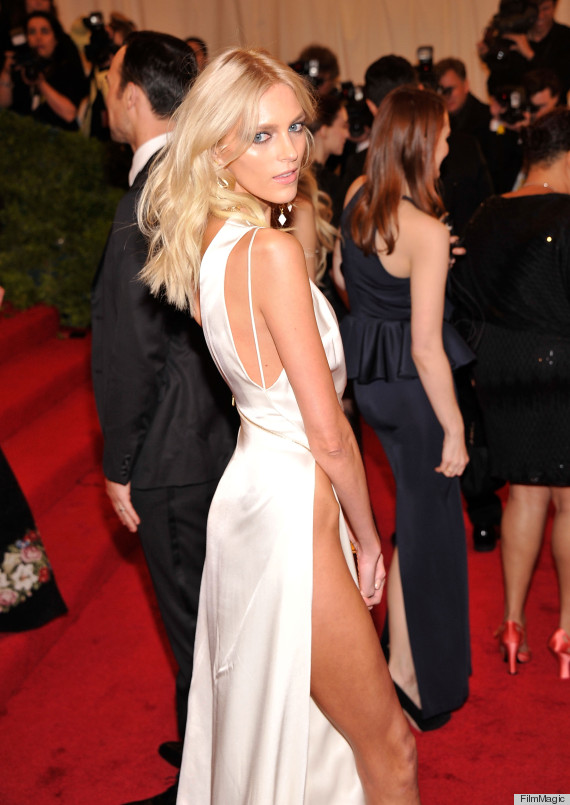 Click below to see the rest of the Met Gala 2012 arrivals!