Don't these people have pockets?

Police in Florida say they have recovered a marijuana pipe and a woman's identity from the body cavities of suspects arrested in separate incidents earlier this month.

Deputies from the Lee County Sheriff's Office busted 46-year-old Ann Hernandez for making over $5,000 of purchases using a fraudulent credit card and another woman's driver's license -- both of which were found in the suspect's vagina.

The Pompano Beach resident is accused of accessing the victim's Sears account and taking out multiple credit cards in the woman's name, then using her information to open a Home Depot credit card account and rack up thousands of dollars of charges, News-Press reports.

Authorities arrested Hernandez on a similar but unrelated charge on April 29 and claim her car was loaded with power tools she had purchased using fraudulent credit cards.

The suspect reportedly handed over the evidence hidden in her body and was charged with scheming to defraud, criminal use of personal identification, credit card fraud and grand theft.

Hernandez isn't the only Floridian accused of hiding contraband in a very personal place.

John David Hall has been accused of carrying a marijuana pipe in his "rear end" after Port St. Lucie cops claim they saw him making an illegal U-turn on May 4.

Before being booked into St. Lucie County Jail due to an open warrant for probation violation, the intake sheriff's deputy asked the 33-year-old suspect if he was carrying any contraband, according to an arrest affidavit provided to AOL Weird News by the Port St. Lucie Sheriff's Office.

But when another deputy began searching the suspect, "the defendant stated he had a pipe on him," the affidavit notes.

"The deputy asked him what kind of pipe and where it was, the defendant stated it was a marijuana pipe and it was in his rear end," the document notes.

Tests revealed that residue from the pipe contained marijuana, and Hall found himself facing charges of introduction of contraband into a detention facility, possession of drug paraphernalia, as well as violation of probation and a warning citation for the improper U-turn, Off The Beat notes. 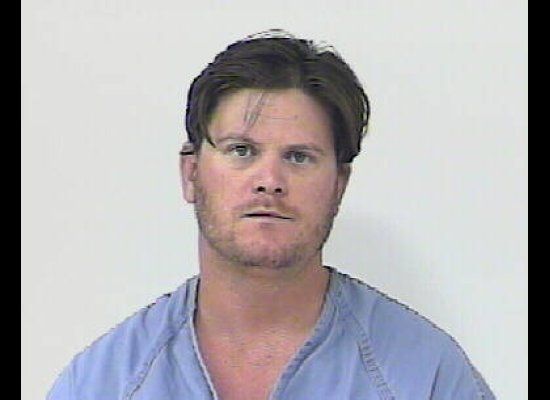 1 / 7
Bodies Of Evidence: Odd Hiding Spots
A man pulled over for making an illegal U-turn found himself facing more serious charges after he admitted he was hiding a marijuana pipe in his "rear end," according to the Port St. Lucie Sheriff's Office. After the traffic stop, authorities brought John David Hall to jail due to an outstanding probation violation charge. That's where he reportedly confessed to carrying the smoking device in an unusual place. He has been charged with introduction of contraband into a detention facility, possession of drug paraphernalia and violation of probation. He was also cited for the U-turn.
Port St. Lucie Sheriff's Office