Instead of being a lovefest or a cyber tea party, #AskELJames turned into a free-for-all where critics of all kinds--wits and dimwits--told James what they thought of her books and her writing. The responses prompted this furious denunciation from Rice, an author I admire:

I'm receiving word from numerous sources that author E.L. James is being attacked and bullied and abused on Twitter. I'm shocked and I'm disappointed. How long are we going to put up with this kind of thing? Fortunately E.L. James is a very successful author, internationally famous, and backed by a strong publisher and millions of readers. But this is the same sort of abuse that cripples and silences many self published authors, young authors, and mid list authors, and make no mistakes, they are indeed attacked ---- on Goodreads, on Amazon, on Twitter and the like. I'm fed up with "Censorship by Troll." Aren't you?.... And let's not nitpick about the difference between opinion and abuse. People who bring obscenity, hate speech, name calling and vile insults to this page [meaning Facebook] are deleted and banned. 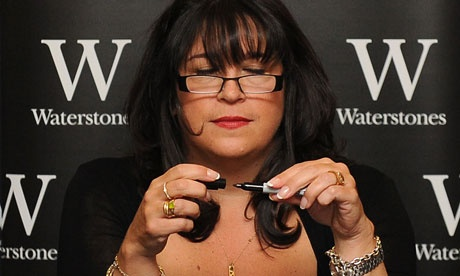 Note that Rice didn't bother to go on Twitter herself and spend any time scrolling through the tweets. She merely "received word." That makes her sound like some monarch in a throne room receiving reports of disturbances in a neighboring kingdom. I really don't understand why she didn't take the time to check out the Twitter feed herself before she started typing. I'd expect any author to take that most basic step before expressing a public opinion.

Now, it's hard to disagree with her comments about trolling and bullying, and yes, authors have been stalked on Goodreads and Amazon. But can you seriously compare James to any other writer in the world except, say, other mega bestsellers? Who else in the writing world would generate so much attention? And who's "censoring" James, who's stopping her from writing? People on Twitter with their oh-so-powerful tweets? To quote Cher in Clueless: "As if!" 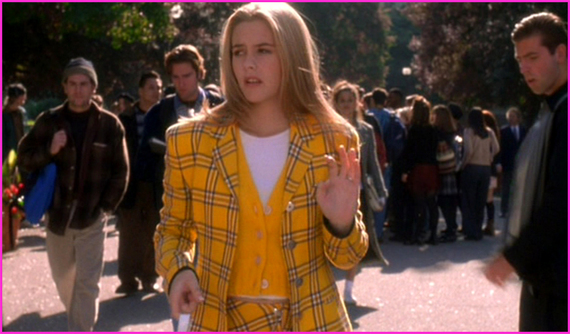 I don't think much of James's writing, though I've used it in a workshop to illustrate how not to write sex scenes, and my students were grateful for the bad example. But Rice's apparently off-the-cuff screed made me check to see if she was right to be so angry.

What I found, at first read, was hundreds of witty or just plain funny tweets. Were they barbed and sarcastic? You betcha. But this wasn't an invitation-only event, nobody had to buy tickets or pay $150 a plate for the privilege of banqueting with James. It was open. Wide open. And there were lots of defenders of James and people attacking anyone critical of James as a "hater." Her allies could be funny, too, because some claimed that her book was "a fictitious novel" or a "fictional novel." Think about that.

A good portion of the tweets were simply tweets about the other tweets, retweets, or tweets by people relieved to hear others say what they thought: James is an awful writer.

Some of the better questions:

Will there be a pop-up edition of 50 Shades?

How is your inner goddess feeling about this hashtag?

When does 50 Shades: Infinity Wars come out? Will there be a kick ass after credit scene?

You do realize that if Grey wasn't a billionaire, the 50 Shades trilogy would be one hell of a Law & Order episode?

My boss said no when I asked if I could kiss him and then I did anyway because no means yes right? Things at work are awkward.


Is this trolling, abuse, or hate speech? The majority of tweets were simply critical of her writing, no matter what the tone. How is criticism bullying? Rice's comments above invoked lots of sympathy for victims of bullying (at last count 5,000 people had Liked her remarks on Facebook) but they seriously blur the line between ordinary authors and a literary superstar like James who's frankly beyond the reach of whatever Twitter throws her way.

When I went back and looked for the nasty ones--and there were more than a few--I agree that too many people resorted to vulgarity and obscenity. But I still didn't see how that was hate speech or even bullying. James is rich, powerful, famous. These were pin pricks compared to all the terrible reviews James must have gotten for her books in print and on line.

And does anyone believe that E.L. James will stop writing because of a Twitter storm? She's a literary Mr. Rushmore who got pelted with spitballs. If anything, it's been a brilliant move by her publicists. She was trending on Twitter around the world. #TeamGrey wins this round, I think, in the end. She made new headlines and that's what PR is all about.

Lev Raphael is the author of 25 books in genres from mystery to memoir which you can find on Amazon.