Step inside an Ann Toebbe painting, and the world around you becomes a two-dimensional plane with no one way up.

Windows and doors frame floor plans littered with desks and tables, striped carpets and rounded lamp shades. It's clear you're standing amidst the components of a living space, as evidenced by the random pieces of domesticity flattened in every direction. But the layout is amiss, lacking the depth that separates a kitchen from a bedroom. Everything exists on one level, pinned in midair or flowing forth from an ungraspable point of origin. 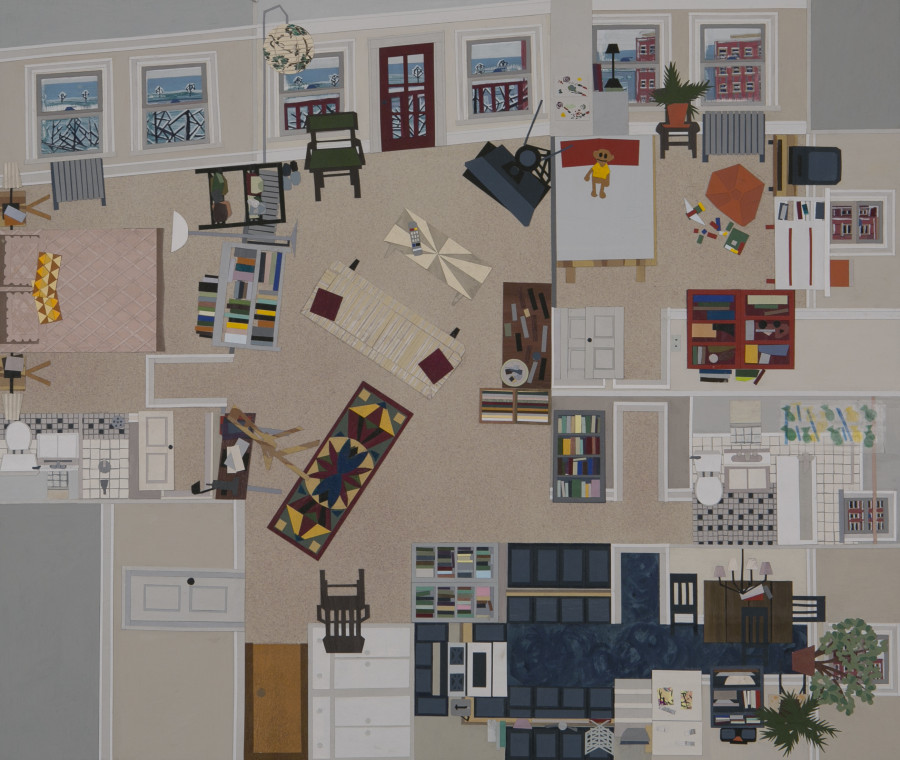 Toebbe's works, now on view at Monya Rowe Gallery in New York City, aren't necessarily meant to depict the exact inner layouts of apartments or homes. Her series, titled "Remarried," renders memories as architecture, transforming the dynamics of her loved ones' first and second marriages into pieces of furniture and formal arrangements.

To construct the cut paper paintings, Chicago-based Toebbe uses not photographs but recollected details gleaned from her friends and acquaintances, sometimes told second-hand and years after the fact. The paintings attempt to piece together the memories of relationships past, hinted at only through a vase of sunflowers or a lone teddy bear stranded on a bed. The works are intentionally familiar yet vague, allowing the viewer to insert her own memories to connect one square foot of imagined space to another. 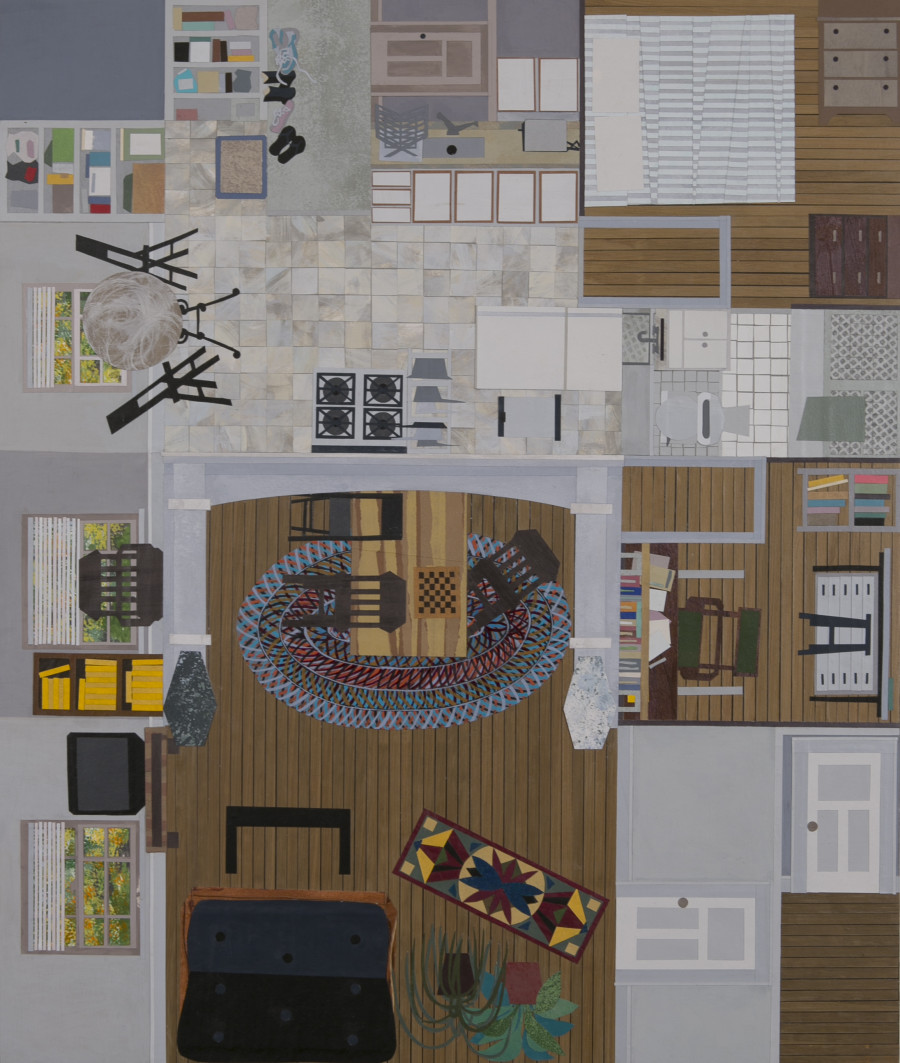 Toebbe's work with interior spaces has, according to Steven Zevitas Gallery, come to define her practice over the past decade. Before "Remarried," she explored the shared spaces of her childhood friends' homes, the botched inheritance of her parents' neighbor, and the vintage stories of homemakers in the 1940s and '50s.

"I have a knack for flattening space," Toebbe explained to Bad at Sports. "It wasn’t considered a great asset in my early training in drawing and painting but I have cultivated my skewed perception -- often called folk or faux naïve -- of space. I imagine objects flat first, then bend and fold them in creative ways to make everything fit in a given room." 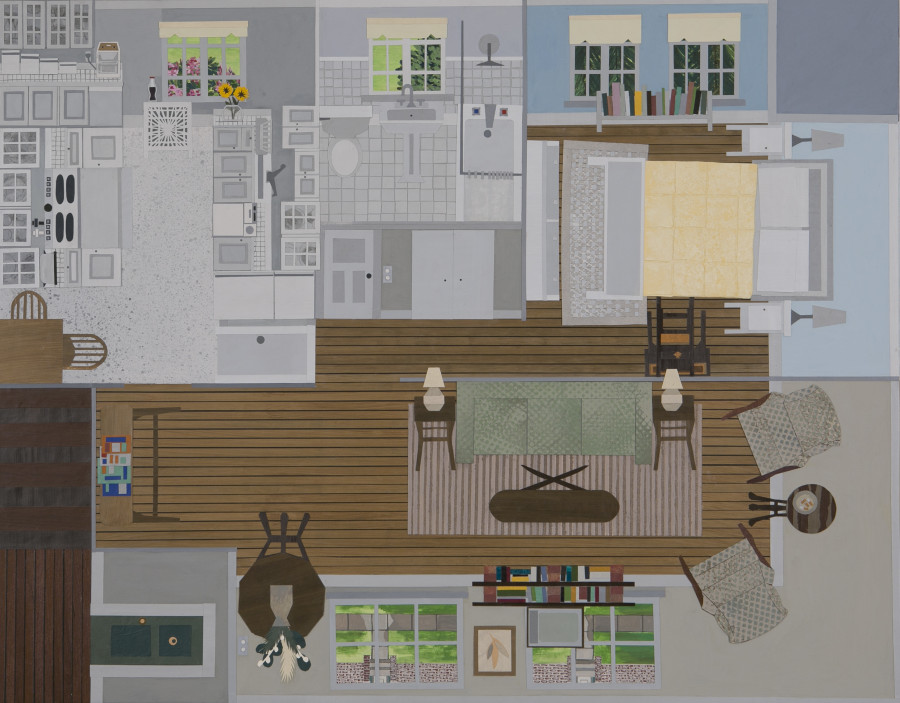 While Toebbe flattens, the viewer sees her impressively detailed worlds from a bird's eye view, spying on the spaces inhabited by real people. Though they are just fragments of whatever reality once was, her works immediately pull the onlooker into their centers, as off-kilter as they might be. 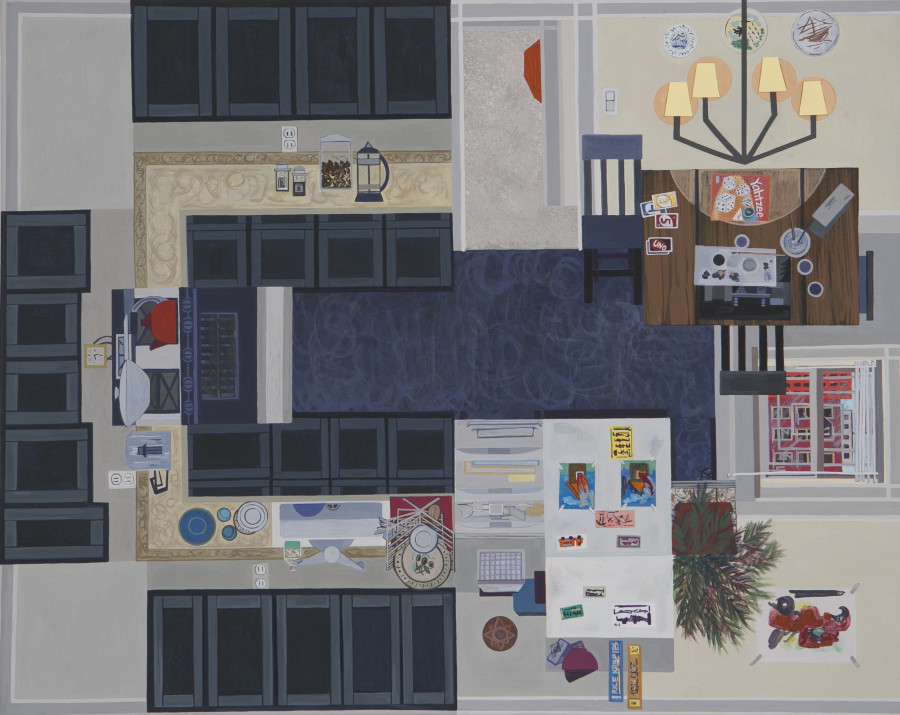 Ann Toebbe's "Remarried" series will be on view at Monya Rowe Gallery in New york City from January 11 to February 22, 2015. 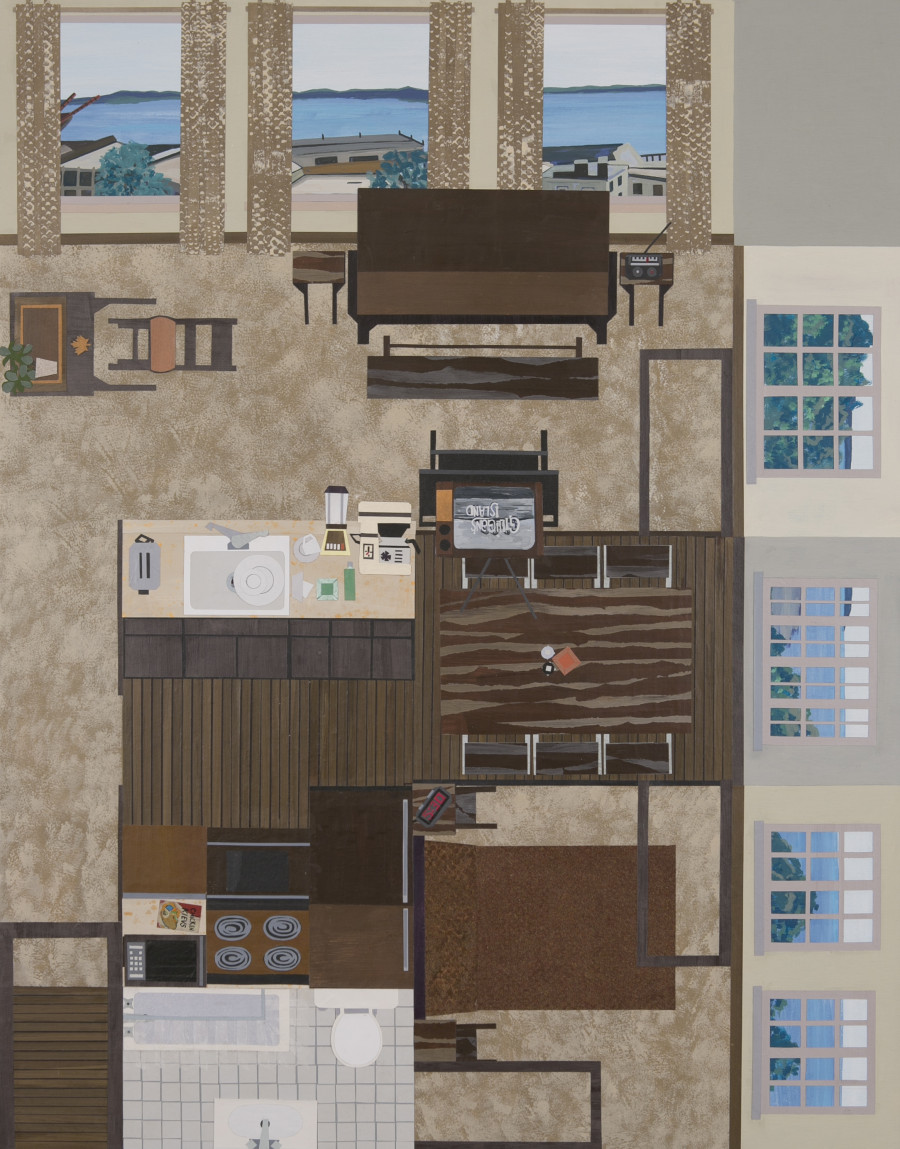