A Japanese model isn't masking her intentions to be famous, but she is wearing a mask.

Her name is Anna Amemiya and she has earned a certain amount of recognition by wearing a giant mask based on the facial features normally associated with anime comics and cartoons.

She first popped onto the Japanese pop scene as a model in 2010 and released a DVD in December of that year. So far, her biggest contribution to local culture was the lifesize pillow featuring her body, according to OddityCentral.

Amemiya, 22, reportedly only appears in public with the giant head, which makes it easy for fans to spot her in her latest endeavor: A play in Tokyo called “Venus Fantasista,” which is based on a Japanese mobile game about a ragtag group of beautiful girls who form a soccer team, RocketNews24.com reported.

David Merrill, a comic artist and journalist who writes about comics and anime, said Amemiya's decision to perform with a giant cartoon mask on her noggin takes "cosplay" -- a term for when adults dress up as characters from anime, manga, fantasy or sci-fi -- to "an ultra creepy level."

"This is a name for what she's doing is 'kigurumi,' where adults, mostly men, dress up as creepy anime mascots, first by wearing body suits to compress their figures before slipping on the costumes," Merrill told the Huffington Post. "This is the first time I've seen an adult wear the mask like this though. It's very fetishy -- like a gimp mask."

"If she was here, people would be trying to get photos of her without the mask," he said. "In Japan, they're not interested in what looks like in real life." 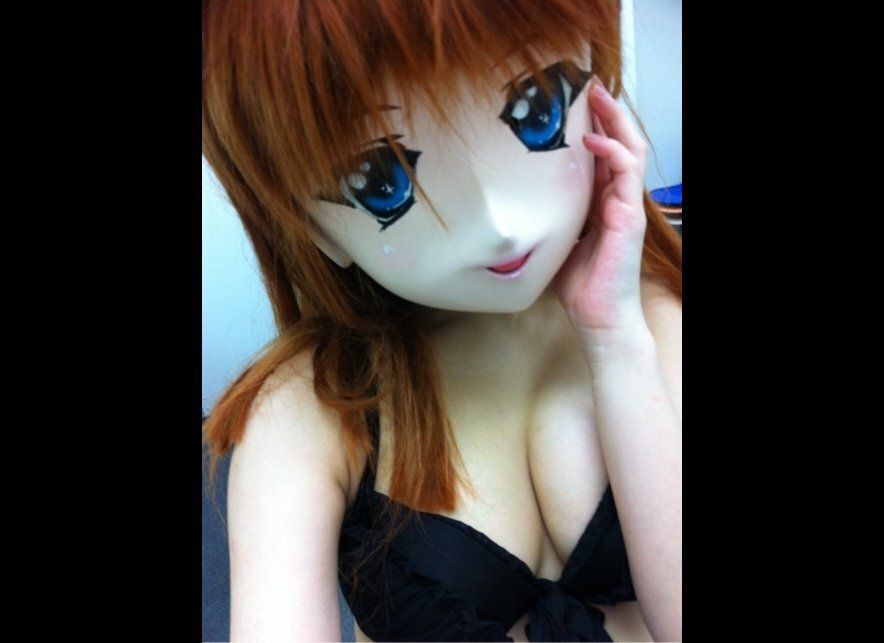 1 / 7
Anna Amemiya Photos
Photos of Japanese model Anna Amemiya who poses while wearing the head of an anime character.
ameblo.jp