Anna Chlumsky was on her way to JFK Airport for the first "Veep" Season 5 rehearsals when we called her up to gab about her recent Emmy nomination. Chlumsky is part of the year's most overstuffed category, with eight nominees competing for the Supporting Actress in a Comedy trophy. That's an even more remarkable recognition when you consider that Chlumsky was out of the business for the better part of a decade, leaving behind her "My Girl" fame for a life outside of the Hollywood vista.

This was her biggest season on "Veep" yet. Amy had an utter meltdown midway through, telling then-President Selina Meyer that she is the "worst thing that has happened to this country since food in buckets, and maybe slavery." Yes, Chlumsky has come a long way from smooching a bespectacled little Macaulay Culkin beside a tree. Now she's preparing for another round of one of HBO's most celebrated series, which is undergoing a showrunner shift, with "Curb Your Enthusiasm" and "Seinfeld" scribe David Mandel replacing creator Armando Iannucci. Chlumsky is also fresh off the Broadway stage and co-starring in a new David Foster Wallce biopic. The Huffington Post discussed that and more with the actress a couple of weeks ago, right before she reunited with the "Veep" cast.

Congrats on your Emmy nod. You left the business and returned to three consecutive nominations. That must feel incredibly gratifying.

Thank you! Yeah, it doesn’t feel exactly that way because I started acting again around 11 years ago. I certainly feel like I at least got my feet on the ground and got my chops in shape before having all these accolades. But it always feels like a blessing, and working with Armando, and working with this cast and this crew, is such a blessing and such a joy that it certainly does feel like a sweet spot when it comes to this job.

Do you feel compelled to stay in a political mindset between seasons? Parts of the recent Republican debate feel like they could have been a "Veep" episode.

I leave that up to the writers. I didn’t watch it because I don’t vote for that primary, so I don’t concern myself. But I studied international relations in school, so I have some kind of an interest in government and in society as a whole and what that has to do with the way that society is governed, but I definitely -- especially when my then boyfriend, now husband was overseas -- learned to kind of step back and respect that adage that we all have of “you don’t talk about politics, religion or family in public.” I gave that a shot back then and I discovered that there was so much more to talk about. I certainly can roll with the political conversations and current affairs, and I do read my Atlantic Monthly and my Economist, but it’s always to stay informed. I don’t make sport of it like some do.

You’re probably wiser as a result.

It at least keeps my blood pressure down, I hope.

Was it tough at all to juggle a Broadway show at the same time the fourth season of "Veep" was premiering?

The good thing is that once the TV show is wrapped, you’re done, so you don’t really have to do too much as far as the character goes. That was a blessing of having been wrapped by Christmas. I was able to then really dive right into Alice in “You Can’t Take It with You,” and then after that, dive right into “Living on Love.” It felt much more organized than it may have appeared because of the airing date. But it was funny -- when we premiered the fourth season in New York, I did have a curtain to get to, so it did take a little bit of maneuvering, just from a logistics standpoint of picking a hairstyle for the premiere party that could then go under a wig cap.

When you arrived for Season 4 rehearsals, were you informed of Amy's impending meltdown from the beginning?

They told me right away, which I was totally grateful for because then I was able to really earn it, I feel. Every chance that Amy was onscreen for the episodes leading up to her swan song, I felt, were opportunities to mark that arc for her so that by the time it happened it felt organic and something that was in the realm of possibility for her and for Selina. The writers did a fantastic job of staying that course as well, so we really did kind of have a blessed marriage when it came to Amy’s little arc in those first five episodes.

You had to play Amy's breakdown opposite Julia Louis-Dreyfus with the rest of the cast standing on the sidelines of the scene. With such an improv-heavy set, was it hard to maintain a straight face?

No, not at all. That’s not a funny moment in Amy’s life, but nothing is funny for Amy. We improv during the workshopping of the scripts, but mostly we stick to the script during shooting because there’s so much information to get into 24 minutes. We all knew it was going to be heightened because it was a more dramatic scene for everybody. But the beauty of what we do is that everything for our characters is high-stakes, always, and we’re always kind of in a Greek tragedy, even though the text is so funny. There’s a shot of Matt Walsh, who plays Mike, during the speech where you could see it physically hurt him to see Amy just unleashing this hurt and pain, and it’s beautiful. It’s so deliciously truthful. I think it was actually kind of, I don’t want to say easy, but we all felt very capable of staying in the scene and staying present, which is what makes us a strong ensemble.

Where should Amy and Selina's relationship go from here?

I personally -- and really, I have no idea, I’ve seen nothing -- feel like they’re going to have to kind of see each other a little more nakedly in a weird way. I don’t think it’ll ever be discussed. I think both of those women hate to show weakness, and especially with one another, but I think there will always be some kind of a respect that may not have even be there before, just because of where they’ve gone. It will make them stronger, just like in relationships. They don’t know why they need each other. It’s the same for Amy and Dan -- they have no idea why they need each other, but they do.

The "Veep" cast is known for workshopping the scripts rigorously before shooting, but with a new showrunner on board, will that process still be in place for Season 5?

Dave Mandel is terribly bright and he seems like a fantastic leader. The writers seem very pleased to be under his leadership, so I have every trust that it’ll be engaging and also consistent to some degree because I think that he is good at that, just from watching past work. Also we seem to want to keep up with the process, to some degree -- that’s why we’re going into rehearsal this week. I think none of us really know where it will lead us because it will be with different directors and people in charge, but that’s kind of the gorgeous thing about working for HBO and working on this show -- it really celebrates the organic collaboration of what we all do, meaning actors and directors and storytellers. We’re going in wanting to have some type of collaboration and I’m sure that we’ll come out with whatever is right for us and we’ll all build something new.

If you could guest-star on one show from your Emmy category, which would be it?

“Transparent” is a gorgeous show. They cover much more than jokes, but it’s a beautiful show. I think that’s kind of where my case lies, just thinking of the women in my category. And “Getting On” is a beautiful show. I love that show. I’m thrilled that Niecy Nash is nominated; I think she’s deserved it for a few years now and I’m so thrilled. Hey, we’ve got good TV these days! I’m in the embarrassment-of-riches category, for sure.

I also want to ask about "The End of the Tour." You play the girlfriend of David Lipsky, the journalist who traveled with David Foster Wallace on part of his Infinite Jest book tour. What's your take on some of the pushback the movie has seen? Some critics and DFW fans argue that he never would have wanted a movie like this to exist.

It’s good, old-fashioned storytelling. First of all, I didn’t know his work. I was just getting into high school when he was going through his heyday, so there was no way I was picking up that book. But I think anybody who sees the movie will realize that this isn’t his book and it’s not his story -- it’s David Lipsky’s story, and he’s still alive and he was consulting with us and he was there and he’s lovely. So it’s one of those things where this movie never presumes, and I think beautifully so, to speak for David Foster Wallace. I think it’s very respectful of the point of view in which it’s written, which is Lipsky’s point of view. Just as any of us could write a book and a film about our experience with anyone we meet, that’s really what this is as well. This is Lipsky’s experience and his memory of that experience, and that’s also what I think is such an effectively executed part of the film. It’s not told as necessarily fact, and I think it’s framed properly so. This is a man’s memory of somebody through his own experience. I think that covers us when it comes to the David Foster Wallace estate. Also, he was very much a part of our modern culture, and movies are one of the ways that we engage ourselves in our own culture, so I think why not? I think he’d be fine with it, but I also could never speak for him, as we don’t even assume to.

"Veep" Season 4 is currently available on Digital HD. The Emmys air Sept. 20. This interview has been edited and condensed. 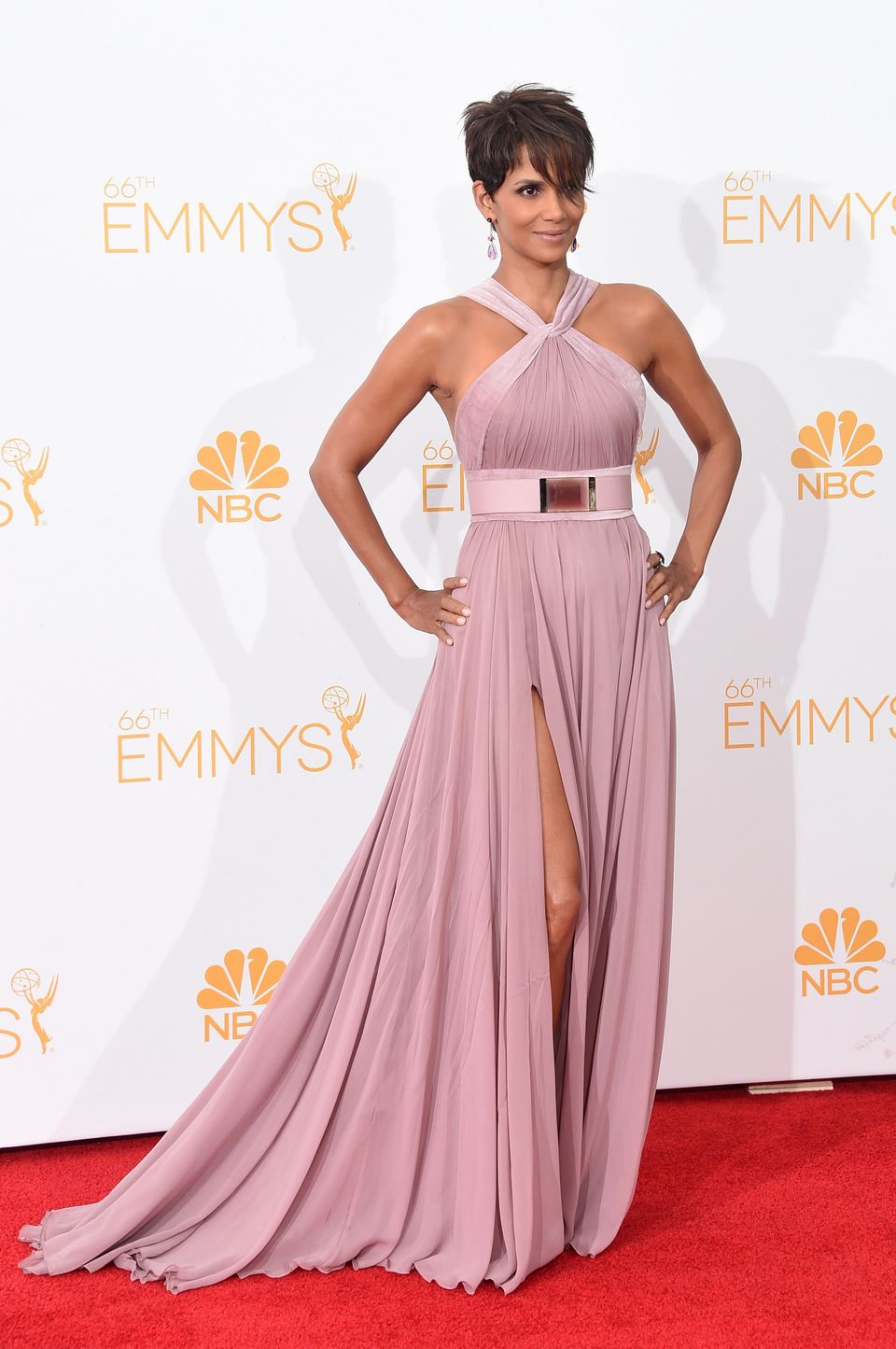