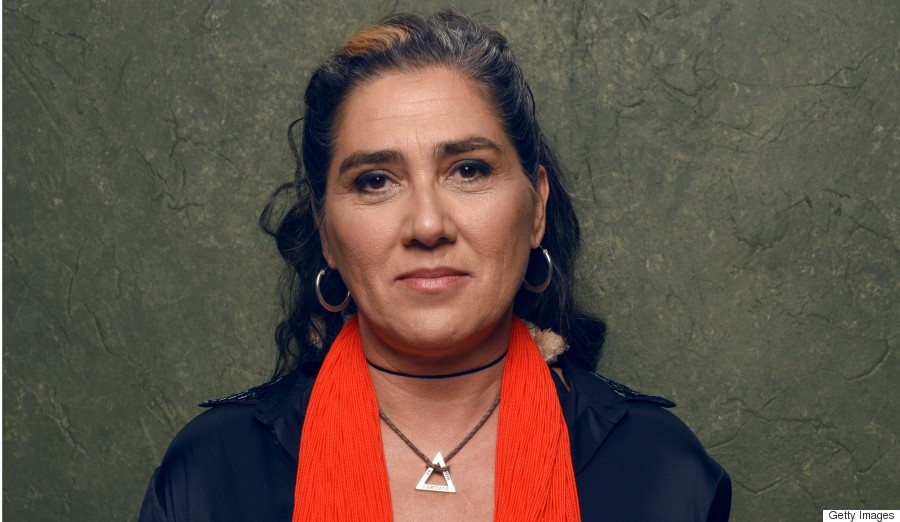 Although she’s enjoying the best year of her career, things haven’t been easy for Anna Muylaert. The 51-year-old filmmaker from São Paulo, who directed and wrote the dramatic comedy "Que Horas Ela Volta?" (“The Second Mother” is its English-language title), has faced the dark side of success: criticism. In this case, machismo criticism. Once again, a successful woman is the target of masculine egos.

If you are still unaware of it, Muylaert's film is Brazilian cinema’s biggest success in 2015.

Its main character is Val (played by Regina Casé) a housemaid from Northeast Brazil. She works for an upper-class family living in São Paulo. She left her hometown to work in the "land of opportunities," leaving her daughter Jéssica behind, but supporting her financially. A decade later, Jéssica (Camila Márdila) comes to São Paulo. Unlike her mother, Jéssica is an autonomous woman who trusts her own skills and is not pleased with the treatment of her mom.

"Que Horas Ela Volta?" received the Special Jury Award at this year's Sundance Festival for the performances of Casé and Márdila. At the Berlin Festival, it won the Panorama Audience Award. The film has been shown in several countries and caused an uproar among local and foreign critics; the Guardian gave it four stars; the Hollywood Reporter described the actors as "wonderful.”

Despite all this, filmmakers Cláudio Assis and Lírio Ferreira recently ruined a panel discussing Muylaert's film. Both made several chauvinistic remarks about the director, the film and the main actress. They later apologized.

"Men have always occupied the center stage and women stayed in the audience applauding," said Muylaert in an interview with Brasil Post. "When your film starts making money, you reach the male zone."

Muylaert has a rich background in the Brazilian entertainment industry. She was the screenwriter of anthological TV series such as Mundo da Lua and Castelo Rá-tim-bum, and of the film O Ano em que Meus Pais Saíram de Férias ("The Year My Parents Went on Vacation") (2006). She directed and wrote "Chamada a Cobrar" ("Collect Call") (2012), "É Proibido Fumar" ("No Smoking") (2009) and "Durval Discos" (2002). The former two were acclaimed award winners.

But no other film has projected the director's name as much as "Que Horas Ela Volta?," inspired by the story of Muylaert's own babysitter.

In the interview below, the filmmaker comments on these issues, as well as the chauvinist culture present in the Brazilian film industry and the possibility of the film being picked to represent Brazil in the “Best Foreign Film” category at the 2016 Academy Awards.

Recently there was an episode involving Cláudio Assis and Lírio Ferreira. You said to Folha newspaper that you were getting to know this "male filmmakers club" whose films are internationally successful. Is the Brazilian film industry machista?

[Here in Brazil,] It is okay for a woman to direct a film, but when she stands out, the world of money, business and prominence is a male one. At the beginning of my career I felt this [gender discrimination] when I realized that I earned less than my male colleague, but not lately. The films that reached the level of prominence [of "Que Horas Ela Volta?"] are all made by men. This is the first time that a Brazilian woman has sold her film [to other countries] and gets all the attention from local and foreign media. Then men don't know how to react. They tend to believe that no woman could have achieved that.

What is the solution to this problem?

We have to talk about it. This is an issue that doesn't concern men alone. Machismo isn't practiced solely by men, but also by women. Machismo is a set of rules that has been transmitted to us for millennia. According to these rules, men talk and women listen, men act and women observe, men are active and women are passive. When we start to question all this – not only men, but we women too –, we begin to notice and understand where it takes place. For instance: why do people call [Brazilian President] Dilma [Rousseff] "fat" all the time? "Fat", "ugly,” "badly dressed.” Nobody calls [former Brazilian President Luiz Inacio] Lula [da Silva] "fat.” Dilma is "fat,” but Lula isn't. Why? You can call Dilma "lousy,” a "bad president" [if you want to criticize her], but "fat"?! That is a sexist attitude. And we must start realizing that we do this unconsciously. This is a global issue. American women get mad at that behavior.

Do you consider yourself a feminist?

While we’re on the topic of women, the character Val, in your film, is amazing. She is poor, works very hard and has come from Northeast Brazil (until recently, one of the poorest regions in Brazil). What does Val symbolize in today’s Brazil, where the lower classes have greater purchasing power, access to universities, etc.?

Val represents the old Brazil, where separatist rules were in effect. She represents the strong, affectionate woman. A lot of the positive images foreigners have of Brazilians comes from people like Val, who are really nice, affectionate and hardworking. She is a fully strong and honest woman, but she feels inferior to other people and agrees with this condition – but her daughter doesn't. She [Jéssica] represents a new generation, a new way of thinking, and she doesn't consider herself as inferior.

The women in your film, Val and Jéssica, are memorable. Do you think Brazilian films need more female characters like that?

Yes, not only Brazilian films, but the film industry worldwide. We learned at school that the powerful people that have written history, the winners, are all men actually. Our entire history is told from the male perspective. However, since the '60s women began gradually feeling empowered, both in the film industry and in other professions. The time has come to show the other point of view. And I think this film deals with maternity. It is the child from the mother's point of view, which is different from the father's. I am not saying it is a better or worse point of view, but they are two different stories, two different points of view. The director doesn't have to necessarily be a man or a woman – it is the perspective that has to be different. It is the yin point of view and the yang point of view. One is more contemplative and the other more active. So much so that in the U.S. they created the Bechdel test that shows, in a film, if the woman has a role that only serves to reinforce the machismo world.

You have directed the most talked about Brazilian film of the year. Your name has been mentioned a lot abroad, as well as Regina's and Camila's. The film was given awards in Berlin and at Sundance. Does this give you goosebumps?
It is a good and normal feeling. I believe in the film's strength. I think it is actually capable of establishing a dialogue, but at the same time this "success" brings many problems. So it ends up being normal work. Success is overworking. I work a lot, I'm exhausted, I'm away from my children, I'm being attacked, people are trying to bring me down. I'm not sitting at home, drinking pineapple juice and enjoying life. I am struggling as I have probably never struggled before in my life. I am very pleased that my work is done; my team is amazing and did a terrific job. I was showered with praise and declarations of love, but there is the other side.

Give me an example of this other side.
When your film starts making money, you reach the male zone. In Berlin, for instance, we sold "Que Horas Ela Volta?" to a foreign distributor. I and my co-producer had a meeting with him. The distributor said he liked the film, he thought it was amazing and that the characters were amazing. And he looked at the co-producer all the time, never looking at me, as if suggesting that if the film was good, the responsible party could only be a man and not a woman. This is a just a detail, but it is humiliating and depressing. My producer didn't write, didn't direct, didn't edit the film; he simply introduced it. The entire artistic responsibility is mine and not his. So, if the distributor was talking about the artistic aspect of the film, why didn't he look at me? I feel really bad. This is just one example, but there are many others. 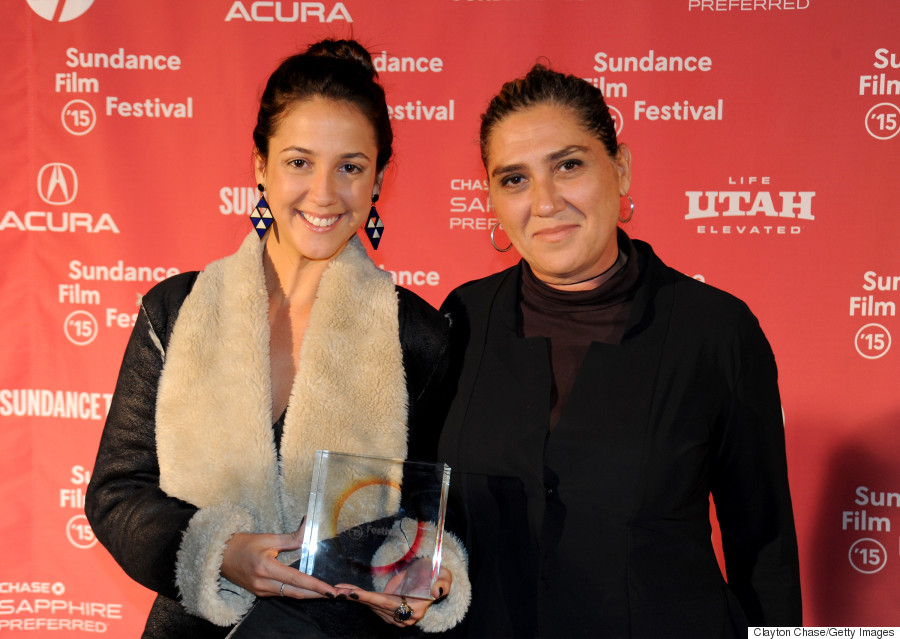 Márdila (left) and Muylaert at Sundance, in January, holding the award for best actress given to Márdila and Casé

What about the Oscar? A lot of people are campaigning for "Que Horas Ela Volta?" to be nominated next year.

Currently I am not taking that seriously. I am happy that people are saying nice things about the film and seeing its quality, but I don't take that seriously. If it gets picked by Brazil [to compete for the “best foreign film” category], we will work to make that a reality, but that is very far from happening. I’m 51-years-old and under no illusions. I’m not buying a lottery ticket thinking that I am going to win. That’s quite far from becoming a reality, but there’s a chance. It is a good film; it addresses universal issues; it was sold to many countries and is a success all around the world. But I am not going to dwell on that fantasy.

Do you have any advice for women who want to enter the film industry? Either directing, writing, producing…

Cinema is tricky for anyone. Men, women, Brazilians, Americans. It is one of the most dangerous industries in the world because while it is art, it is also business. It is a job conducted on many levels. The film director must have an understanding of rhythm, of direction ... It is complex for everyone. My advice: Work, show [your work] to other people, raise questions. At the end of the day, with or without machismo culture, what counts is the result.

This story originally ran on Brasil Post and has been translated from the original Portuguese.