NEW YORK (AP) — Vogue’s Anna Wintour has apologized in an internal email for “mistakes” made in her 32-year tenure in not doing enough to elevate black voices on her staff and publishing images and stories that have been racially and culturally “hurtful or intolerant.”

The fashion doyenne wrote in Thursday’s email: “I take full responsibility for those mistakes.”

The magazine’s editor in chief, who is also Conde Nast’s artistic director and global content adviser, had no further comment Wednesday on the email obtained by The Associated Press. It was first revealed Tuesday in the New York Post.

Wintour’s mea culpa surfaced soon after Adam Rapoport, the editor in chief of another Condé Nast title, Bon Appetit, resigned after a photo surfaced of him in brownface, amplifying outrage over how the food magazine treats employees of color.

On Monday, editor of the lifestyle site Refinery29, Christene Barberich, resigned after reports surfaced of staff members saying they had experienced racial discrimination at the company.

Meanwhile, Samira Nasr on Wednesday was named the first editor in chief of color in the 153-year history of U.S. Harper’s Bazaar.

In her email, Wintour referenced the country’s “historic and heartbreaking moment” after the death of George Floyd and other people of color at the hands of police, events which have sparked rage and grief in protests that have played out for more than two weeks around the world.

“I want to start by acknowledging your feelings and expressing my empathy towards what so many of you are going through: sadness, hurt, and anger too. I want to say this especially to the Black members of our team — I can only imagine what these days have been like. But I also know that the hurt, and violence, and injustice we’re seeing and talking about have been around for a long time. Recognizing it and doing something about it is overdue,” Wintour told her staff.

She called for the tumult to be a “time of listening, reflection, and humility for those of us in positions of privilege and authority. It should also be a time of action and commitments.”

Wintour didn’t specify what content she was referring to as offensive, or what steps will be taken to rectify hiring and bring on a new creative approach. She pledged, “On a corporate level, work is being done to support organizations in a real way. These actions will be announced as soon as possible.”

She wrote: “Meanwhile, I want to say plainly that I know Vogue has not found enough ways to elevate and give space to Black editors, writers, photographers, designers and other creators. We have made mistakes too, publishing images or stories that have been hurtful or intolerant. I take full responsibility for those mistakes.”

Wintour said her staff includes “too few” black employees. She didn’t say how many.

“I know that it is not enough to say we will do better, but we will — and please know that I value your voices and responses as we move forward.” 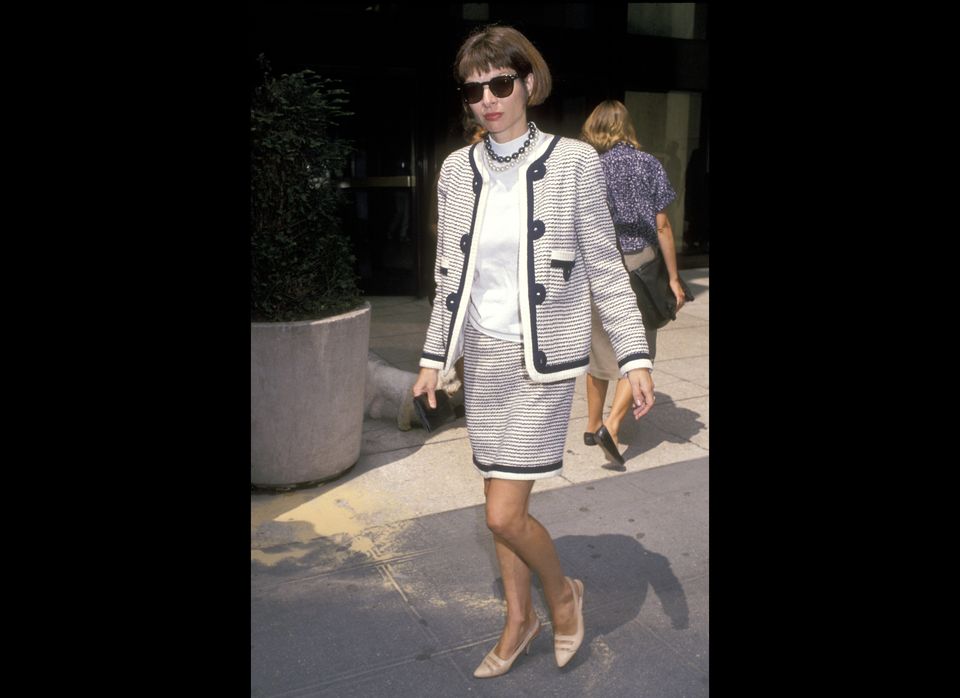