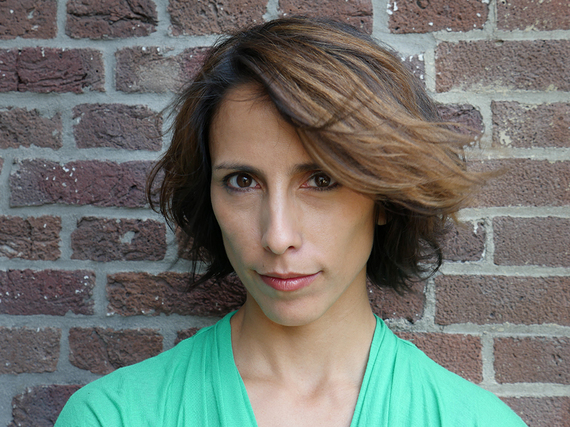 When I became aware that Colombian-Belgian choreographer Annabelle Lopez Ochoa had choreographed an acclaimed ballet to Tennessee Williams' A Streetcar Named Desire, I was determined to meet her. I wanted to find out who she was and what she was thinking about and what other works she had coming up. We finally met in Princeton, New Jersey where she was rehearsing her latest work, Islands of Memory, for Daniil Simkins' INTENSIO project which will be presented at Jacob's Pillow with an all-star cast of dancers from American Ballet Theatre plus Céline Cassone from Ballet Jazz de Montréal. Lopez Ochoa is a much sought after choreographer whose works are in the repertoire of dance companies around the world. Her next major work, scheduled for the 2015-16 season, will be about Frida Kahlo for the English National Ballet.

Andrew Blackmore-Dobbyn: Tell me about the piece you're working on for INTENSIO.
Annabelle Lopez Ochoa: It's a collaboration really and it's called Islands of Memory because it's about time passing. This is also why we use Vivaldi's The Four Seasons. (this is a version re-composed by Max Richter) For me, time passing is a little abstract so what I did was in the duets, the first one is light, the second was more temperamental and then the third one is more passionate and the fourth one is deconstructed and difficult until at the end, when you're old you know that the whole battle is just with the ego and you return to some kind of tenderness. There are a lot of possibilities of how to watch the piece.

When you have such great dancers to work with, does it change your working process?
No, it doesn't change anything. I think they show a facet of my work that I don't always see. I like things to be precise. I like clarity and I'm very organized in my head. I like a certain aesthetic that is very pretty although if it's too pretty it gets boring. I had only done one ballet with pointe shoes before and I had Céline (Cassone) for that and I was lucky to have her. Before I had met her I didn't know that I could do things on pointe because I was not a pointe shoe dancer. To see my work on people who are so articulate, they translate my work in a way that contemporary dancers can't. They have more precision, more dynamic changes that fit well with my work and I think that's why Daniil asked me to become involved. I'm not changing my choreography for them. I knew that I was going to have these dancers, that I was going to use pointe shoes and I was happy that it was going to be performed well.

What companies do you think you fit with especially well?
I don't know if it's the best company for me but with Ballet Hispanico I've done five works and the director just says, go! Also Whim W'him, it's a small company, I've done three works with them. They say, just do whatever you want, the premiere is in three weeks. But I think my forte is that I can adapt and I don't have one certain style. What I hope is that when you go see an Annabelle Lopez Ochoa piece that I've done for Ballet Hispanico or this one for INTENSIO or any other company that it's a different experience even if it's the same person who created it. It won't be like what I did for Pennsylvania Ballet or BalletX. I like diversity so I couldn't say which company really fits the best. I think this is why I don't really want to be the resident choreographer somewhere because I'm afraid of getting stuck and repeating myself. I love the unknown.

What do you want to communicate to your audience about Frida Kahlo?
I didn't want to make a biography but I think her work is so related to her life that we have to explore it to understand the shifts in her work. I want to convey that she's a fighter, not a whiner. She's not complaining about the tragedy of what happened to her but is transforming it into images. Her art is her life. I have to create a Mexican atmosphere. It will start out very abstract, very black and at the end I want an explosion of color. She was a very fun person. It's amazing to me that she was so funny when she was in so much pain. It will begin with story-telling and evolve into surrealism. It's going to be thirty-five minutes. Peter Salem from Streetcar Named Desire is going to make original music for it. I want a lot of drums and the right instruments so that it's not Max Richter type music. We're portraying Frida Kahlo who was all about Mexico.

What does the working environment do for you in terms of shaping the way you think and work?
I noticed how much beauty affects us when I was in Moscow. It was winter. I thought, those poor people, they have to look at all those square buildings, everything gray. In Paris they can be very arrogant but the city is like an artwork... like Florence, Rome... when you walk out of a museum, it's gorgeous. It lifts the soul. Some people just don't see art as a necessity in life and that there's so much art around them. And I'm a little part of that. In every profession there is art, there is spirituality... if you really believe that what you do is going to make a difference. For me, as a creator, there's an aesthetic explanation of what inspiration is. For me it is an energy that is present and people who are creative are sensitive to it. They open themselves and bring it out. But it happens in a studio and that's why the environment and the surrounding vibe is very important. At the moment when I'm creating, I'm very sensitive and vulnerable and I allow myself to be a child. There is no censor and there are no rules. I'm just going to see what happens. That's why I like not to prepare too much in advance. If I do that I get too much in my head and I need to be more in the lower chakra. It's the divine within us. I have ideas and I have no idea where they come from. That's not me. It's too elevated. It's just that I was focused enough and sensitive enough to those vibrations and the dancers were open to whatever I asked them to do and together we made art. So we have to be generous to that moment and to each other. Of course there are deadlines and all that but there's something spiritual in art and I need the help of the dancers to become vulnerable. If they're not in the mood or they don't show up, I leave the building because I won't be able to work.

What are you looking forward to for future creations?
Although I pretty much know what I'm going to be doing until 2018, there's a part of me that's not very happy about the fact that I know. It's good because I know that I have work and I'm going to be creating but I don't like to think too much about the future. I think life has more interesting adventures for me than I can imagine so I'm not interested in mapping everything out. I'm trying to do every project that comes my way the best that I can, as though it's the last so that makes me impassioned about even small projects.

A selection of photographs from the works of Annabelle Lopez Ochoa

PHOTO GALLERY
The Works of Annabelle Lopez Ochoa
Download
Calling all HuffPost superfans!
Sign up for membership to become a founding member and help shape HuffPost's next chapter
Join HuffPost
Voting Made Easy
Register to vote and apply for an absentee ballot today
Register now 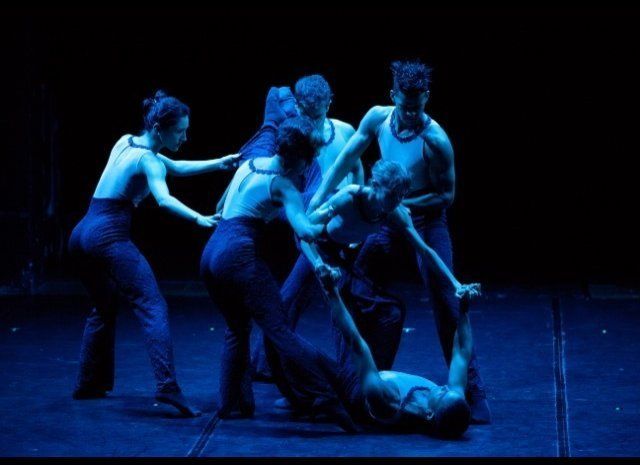