If you're looking for some motivation to hit the gym this morning, look no further than Anne Hathaway. The newly-engaged (and newly-shorn) actress underwent a total body transformation to slip into her Catwoman suit, which she'll wear in the upcoming Batman finale "The Dark Knight Rises" -- and it sounds like it was the hardest thing she's ever done.

"[The suit] was a psychological terrorist," she tells Allure in the July 2012 issue. "The suit, thoughts of my suit, changing my life so I would fit into that suit.... It dominated my year." She adds, "I didn't understand how you could be thin and strong. I went into the gym for ten months and didn't come out."

That's one powerful garment (we wouldn't assign even our skimpiest bikinis that kind of influence). Anne's outfit, glimpsed in a few paparazzi photos, has actually been highly criticized for straying from the original. But given how hard she worked to fit into it, Anne insists viewers won't be disappointed. "If you didn't like the photo, you only see about a 10th of what that suit can do," she told MTV.

Plus she's got more thing to worry about right now -- like losing even more weight for her role as Fantine in Les Miserables. She jokes to Allure, "I'm doing some crazy weight stuff right now. I’m on day six of detox... this diet makes me break out, so I love that. Nothing like living on hummus and radishes and then be all, 'And I got a pimple. Yeah!'"

Oy. Anne, eat some carbs! Ditch those mirrors! Chill out a bit! We promise we'll still love you.

Read more at Allure.com or grab the July 2012 issue on newsstands in New York and Los Angeles today. Below, a sneak peek... 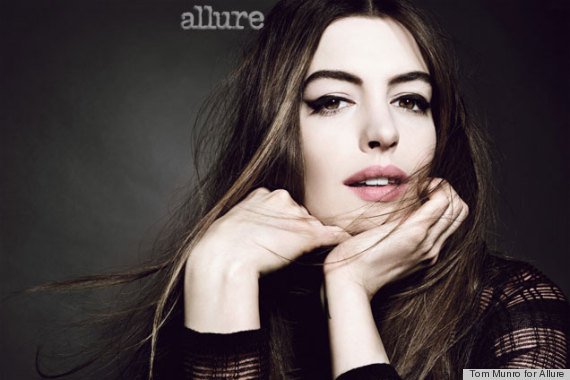 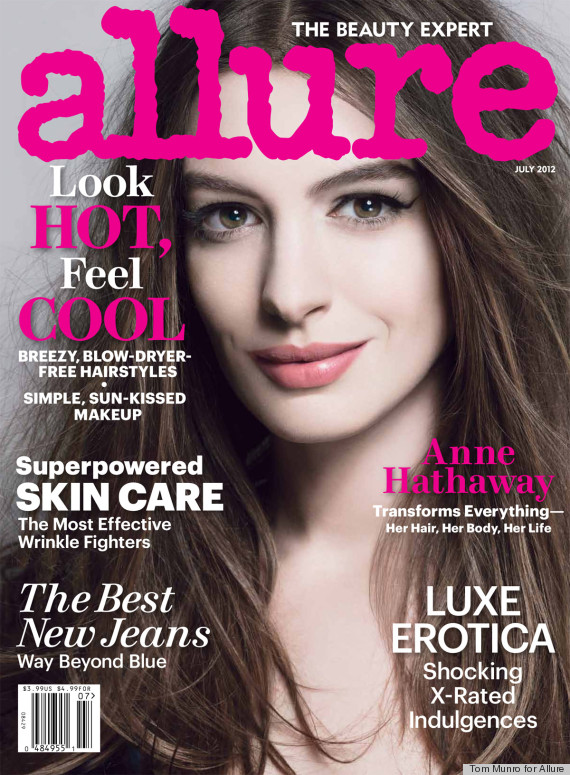 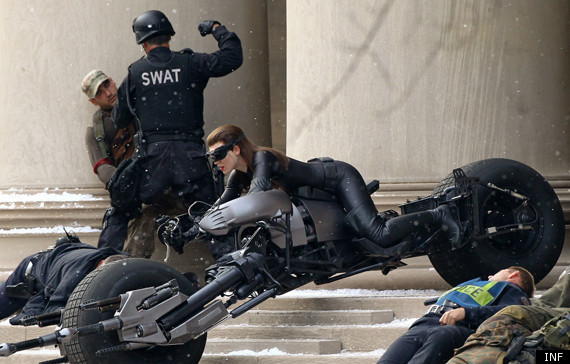 See Anne's style through the years: