Some roles call for an actor to gain or lose a significant amount of weight and that's why they get paid the big bucks.

Anne Hathaway may have scored the coveted role of Fantine in the "Les Miserables" remake, but she has to shed the weight to look deathly ill. U.K. paper The Mirror reports that the 29-year-old actress is on an extreme crash diet, eating fewer than 500 calories a day, since she was ordered by movie execs to lose 16 pounds in fewer than 20 days so director Tom Hooper can film her character's death scenes.

Losing that much weight that quickly can be dangerous, but Hathaway is too smart to starve herself.

"The story is a huge exaggeration," her rep Stephen Huvane told The Huffington Post. "Anne is on a special diet, but is not looking to lose that much weight and she's consuming more than 500 calories a day. She just needs to look more frail as she is playing a prostitute who is dying of tuberculosis."

But it's not the first time Hathaway has had to drop some weight for a role. Last summer she told Chelsea Handler that fitting into her skintight Catwoman costume for her role in "The Dark Knight Rises" called for a serious change in diet. "The catsuit is unforgiving, man," she said. "I'm a vegetarian and right now, I'm living on kale and dust for the training."

It sounds drastic, but dramatically changing one's appearances is often thought to be a surefire way to score an Oscar. Natalie Portman nabbed the Best Actress award at the 2011 Oscars for her portrayal of a delusional ballerina and lost 20 pounds to play the role. Likewise, Charlize Theron won Best Actress in 2005 after she gained 30 pounds, becoming virtually unrecognizable to play serial killer Aileen Wuornos in "Monster."

Check out more celebs who gained or lost weight for a movie role:

PHOTO GALLERY
Celebs Who Gained Or Lost Weight For Roles
Download
Calling all HuffPost superfans!
Sign up for membership to become a founding member and help shape HuffPost's next chapter
Join HuffPost

Anne Hathaway Not On Starvation Diet For Movie Role, Says Rep (PHOTOS)
Celebs Who Gained Or Lost Weight For Roles 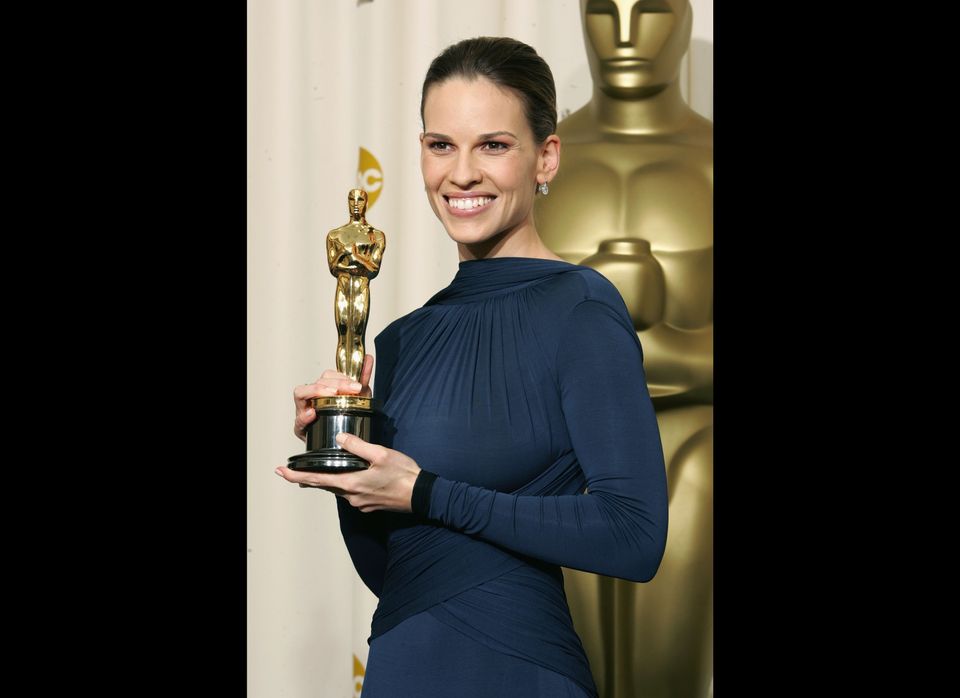 1 / 12
Hilary Swank
Hilary Swank gained some weight and won Best Actress in 2005 for her role as a boxer in "Million Dollar Baby." The actress trained in boxing for two and half hours each day followed by another hour and a half of lifting weights. "The producers asked me to gain 10 lbs of muscle. I gained 19lbs of muscle," <a href="http://www.people.com/people/article/0,,1010852,00.html" target="_hplink">she told People</a>.
Getty