Much has been written about Anne Hathaway's short hair, the cropped 'do she got to play Fantine in the upcoming "Les Misérables." Anne recently told Vogue that she's embraced the pixie cut, saying, “I love the short-haired lifestyle."

But at the first-ever screening of "Les Mis," held in New York City this past Friday, Hathaway admitted that she was anxious about her extreme makeover before she took the plunge, especially because it came right before her real-life wedding. The end result, however, wasn't too bad, said Anne: "When I eventually looked at myself in the mirror, I just looked like my gay brother. It was fine."

Hm, is it true? Below, see a pic of Anne with her two brothers: Thomas is on the left, and Michael, who came out when Anne was a teenager, is on her right.

We're not necessarily seeing a close resemblance... but we will agree that Anne's pixie deserves two thumbs up. Even with "Les Mis" all wrapped up, Hathaway is keeping it: "I’m turning 30, and -- I hope this isn’t obnoxious to say -- I feel prettier, and much more myself. I guess I just feel much more satisfied with less now," she told Vogue. Amen to that. 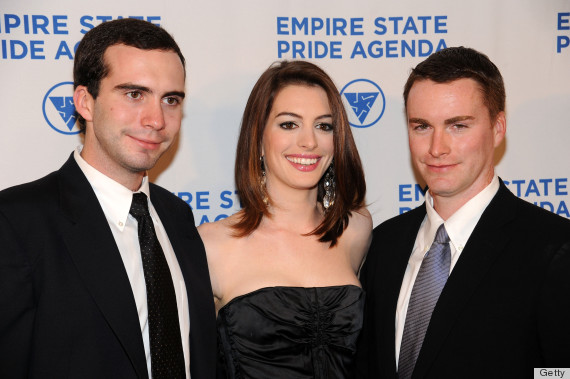 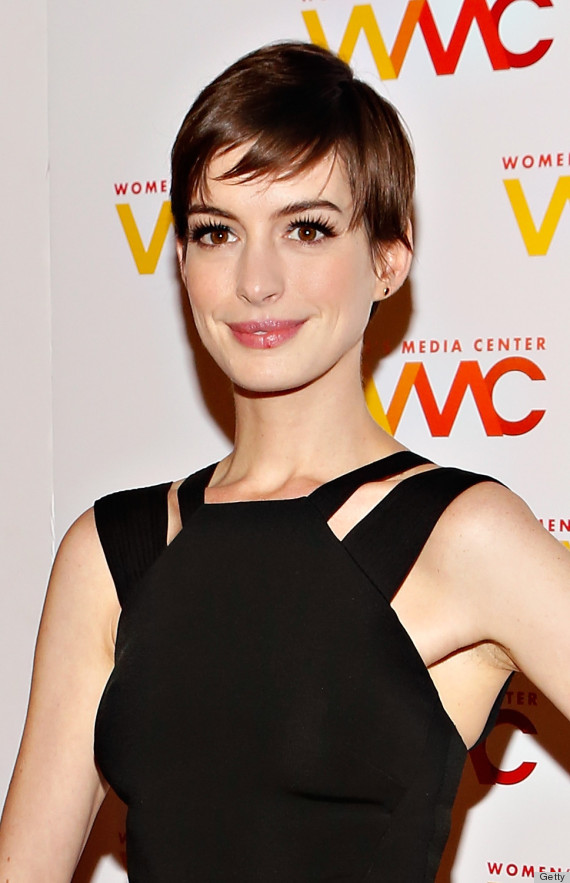 See Anne before she chopped it all off: