So far, the premieres for "Les Miserables" have offered up quite the fashion mix: head-scratching gowns, worst-dressed contenders and even wardrobe malfunctions have all graced the red carpet in honor of the soon-to-be-released film. So what's a star to do to turn heads? Go bondage.

Or at least that's what Anne Hathaway tried last night. After her less-than-crowd-pleasing dress in London, the actress showed up to the New York premiere in a gown that was equally as confusing. The black Tom Ford taffeta number from Spring 2013 features a cape (the designer's signature?) and a thigh high slit. The whole thing read very goth meets S&M.

But the icing on the bondage cake definitely was Anne's footwear. The 30-year-old sported some pretty epic gladiator sandals that went almost all the way up her leg -- not exactly a reflection of the star's squeaky clean image. The Tom Ford heels were even reportedly custom made in vegan leather for Anne, so she had every intention of committing to the goth look. Even her slicked-down pixie wen't along for the ride.

Now we're pretty big fans of Ms. Hathaway's fashion sense here at HuffPost Style, so if anyone can pull off this look it's Anne. That said, anyone else a little overwhelmed here?

Check out Anne Hathaway's bondage-inspired look and tell us if you're into it. 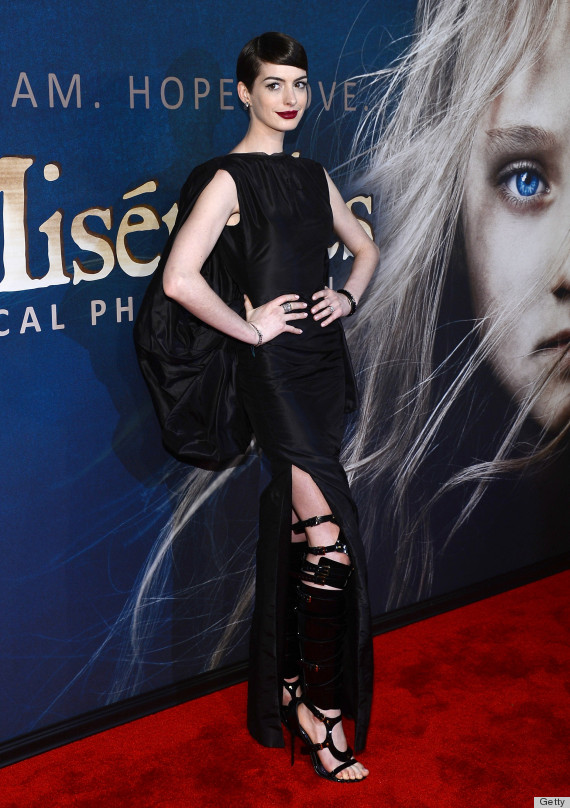 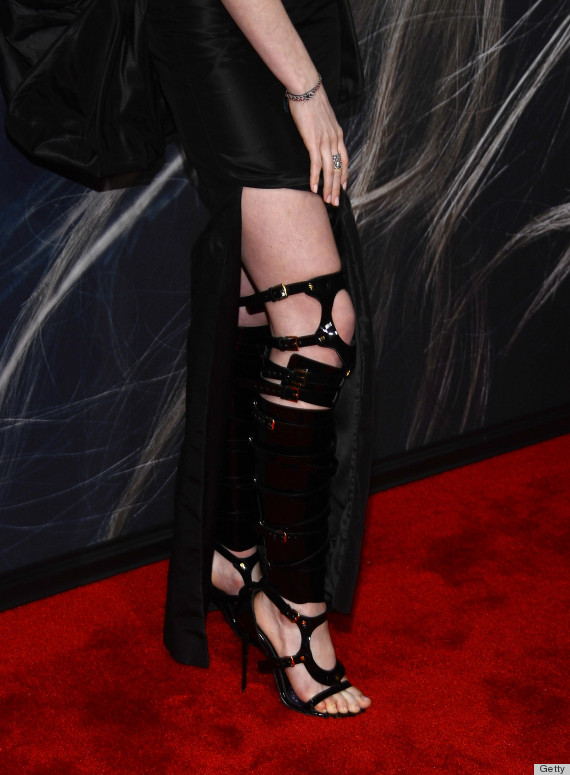 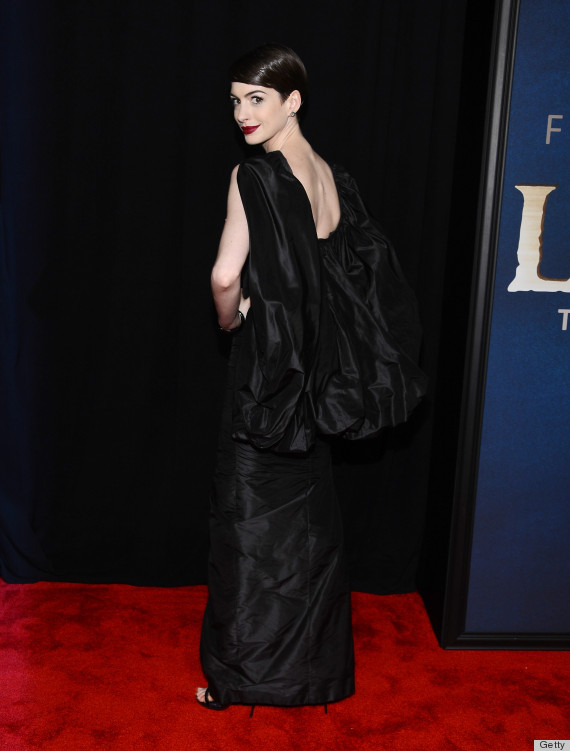