Some 2,500 New York City students from 25 public schools were treated to a behind-the-scenes look at Broadway, courtesy of the "Annie" cast and crew.

Over the course of two "Creating the Magic" workshops, actors Taylor Richardson (Annie), Merwin Foard (Daddy Warbucks) and Liz McCartney (Miss Hannigan) entertained the youngsters with spirited renditions of the classic musical's best-known songs, including "Tomorrow" and "I Don't Need Anything But You," at the Palace Theatre in Times Square. But the crowd's biggest cheers were saved for the appearance of Mikey, the 10-year-old rescue dog who stars as Annie's canine sidekick, Sandy.

Take a look at photos from "Creating The Magic,' then scroll down to keep reading:

Presented by not-for-profit educational organization Inside Broadway, the "Creating the Magic" event had a more beneficent aim beneath all of the glitz and glitter. As Inside Broadway's executive director Michael Presser explained, the workshops (which have been going strong for 17 years) aim to promote arts education in schools, and subsequently inspire an entirely new generation of theater fans as well as future performers and theater technicians. As such, even "Annie" crew members who would normally remain out of the spotlight during a performance participated, like crew members Scott Anderson, Steve Camus and conductor Joey Chancey, who all got in on the fun.

"I believe that if a child is interested in the arts, you should let them go as far as they can go," Presser said. "It's obviously a long road up to [Broadway], but there are a lot of intermediate stops along the way that are worthwhile. At least they'll get that experience and the opportunity."

McCartney, who pointed to the impact of arts education on her own children, echoed those sentiments. "Every kid has some sort of music in them," she said.

As for Richardson, a 11-year-old Virginia native, she geared up for her own performance by recalling the advice of her own arts teachers: "If you don't believe in yourself, then you won't be able to do it."

'Annie' Musical Stars, Crew Show NYC Students How They 'Create The Magic' Of Broadway (PHOTOS)
'Creating The Magic' At 'Annie' 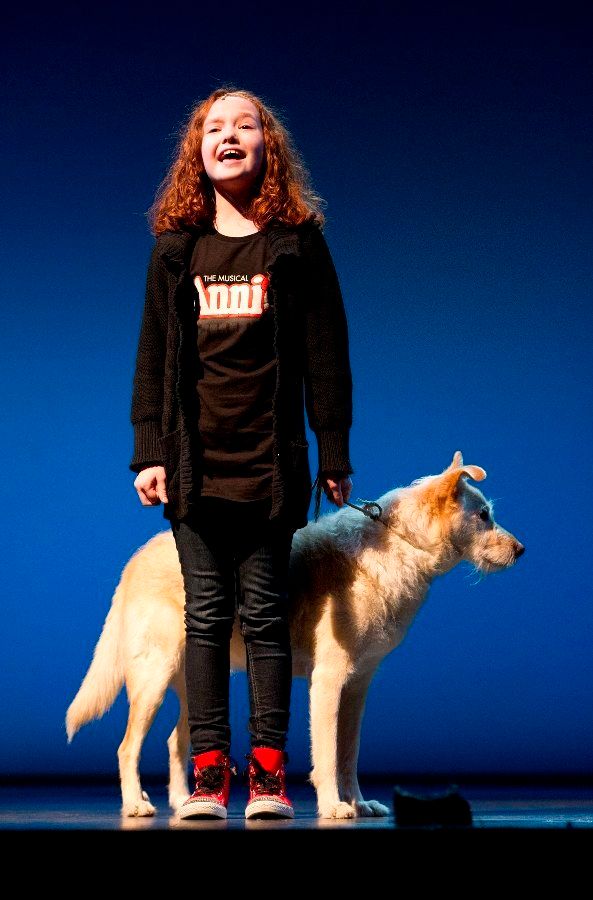