As part of Los Angeles County Museum of Art's second ever Art + Technology Lab, artist Annina Rüst has crafted a robotic installation entitled "A Piece of the Pie Chart," commenting on the lack of ladies in both artistic and technologic environments. Highly aware of her minority status in her spaces of work, Rüst crafted a machine that generates edible pies adorned with pie charts, illustrating gender disparity in a variety of art and tech spaces.

A Piece of the Pie Chart at Stadtgalerie Bern, November 2013 from Annina Rüst on Vimeo.

The pie-happy machine, which you can see in action above, springs an automatic assembly line into action. Users put pre-baked pies, made by the artist's family members, onto a conveyor belt, where a heat gun warms the pie's top layer so the pie charts can stick. Robot arms pick up a pie chart and a vacuum cleaner suspended from the ceiling sucks up the diagram, and the arm places the chart atop that delicious and informative pastry. A webcam posts each newly baked protest on Twitter, before the pies are displayed in a gallery setting or put to more political use.

"The pies can also be mailed by the exhibition visitors to the places where the data originated to remind companies, universities, and public sector entities how large (or rather small) the piece of the pie is that women in technology can claim for themselves," the artist explains on her website. "Mapping gender data onto images of edible pies is a way of adding a material representation to gender statistics. It is also a way to add more urgency to the feminist cause."

"Gender is a very contentious topic in the tech world," Rüst explained to The Creator's Project. "Many technologists immediately get defensive when the topic of gender and technology is discussed. I therefore chose a 'sweet,' humorous, seemingly non-threatening form of protest using pies."

Like an alternative form of satire, Rüst warms others up to pressing ideas through a seemingly innocuous vessel -- baking. 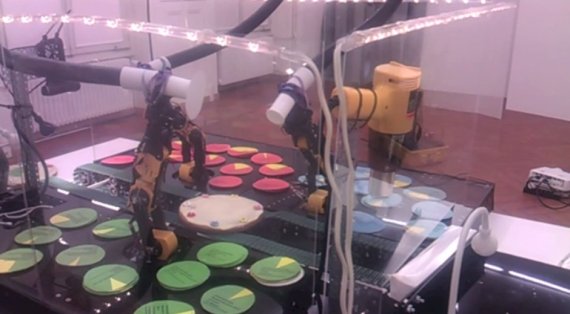 The combination of technological machinery and domestic labor also creates an interesting intersection of domains normally associated with disparate genders. Incorporating household objects like vacuums and baked goods into the very fabric of technology actively opens up a space where these two arenas can coexist and -- more importantly -- collaborate.

"It's a Rube-Goldberg-like contraption that mixes robotics hardware with more domestic tools such as a vacuum cleaner, a heat gun, and baked goods," said Rüst. "So far, many people have commented that they like this eclectic mix of robotics and the domestic because it helps them imagine a technology future designed by an equally eclectic and diverse set of technology producers. In short, I am happiest when I can appeal to an audience's sense of imagination."

Rüst is one of two female participants in this year's Art + Technology Lab. The first edition of the initiative, which took place from 1967-1971, featured dozens of artists and, you guessed it, no women. This year the ratio of women to men is 1:3, which, though a great improvement, still leaves more work to be done.

"Feminist protest art that uses different forms of data collection, analysis, and visualization has existed for at least 43 years and yet gender parity is not yet reality," Rüst wrote in a blog piece for LACMA. "This doesn’t discourage me. Rather, I think that a multitude of voices and approaches are needed. Gender data collection, analysis, and visualization needs to be applied to other areas of life as well—in my case, technology creation. My pie visualizations emphasize economic and workplace implications for women working in the art and tech world and in intersections thereof."

Help women get a piece of the pie by following Rüst's project here. 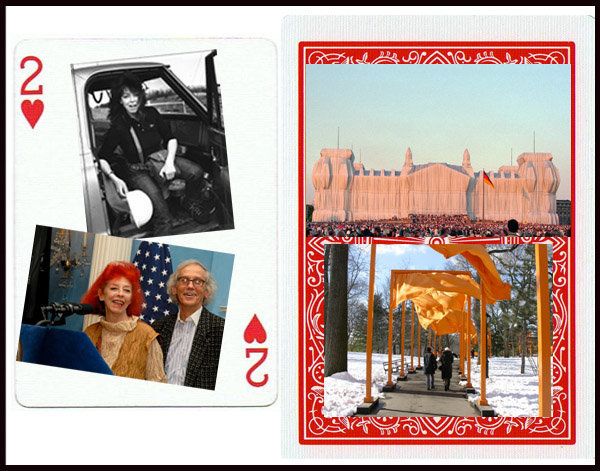 1 / 15
Jeanne-Claude
Together with her lover and partner Christo, Jeanne created ephemeral installations that melded urban planning, architecture, engineering, performance and sculpture. The husband-and-wife team are famed for their magical and massive-scale projects, from wrapping a valley of the Rocky Mountains with 14,000 square meters of cloth to installing bubble-gum pink skirts to 11 islands in Miami's Biscayne Bay. Jeanne-Claude passed away in 2009 at 74 years old, but we celebrate her today.