Kaitlin Nguyen from California, was born with a lymphatic malformation, which caused a large deformity on her face, making it difficult for her to talk and eat, Dr. Gregory Levitin, director of the Vascular Birthmark Center at Mount Sinai Roosevelt in New York, told The Huffington Post. The 3-year-old's parents reached out to Levitin to have it removed but the family had trouble covering the high surgery costs.

So, a generous anonymous donor decided to fund it. 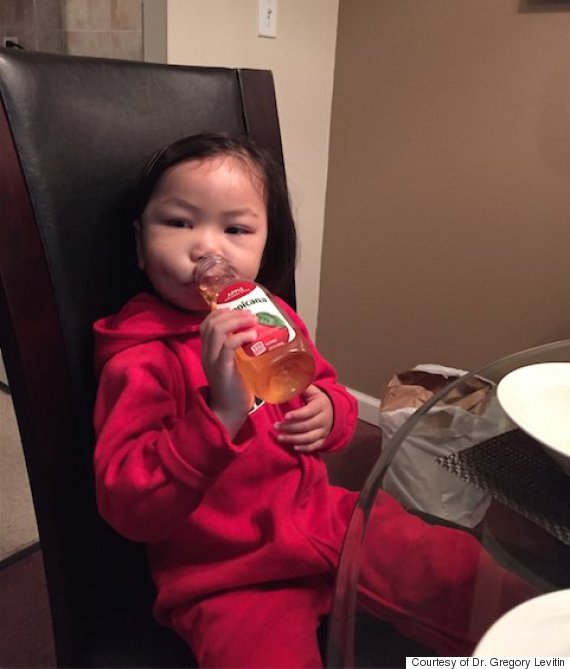 Kaitlin, after her surgery.

The 3-year-old underwent a successful surgery on Tuesday, and is now acclimating to her new life.

“I wanted to say thank you to the donor who made this happen for Kaitlin," the 3-year-old's mother told ABC News, before the surgery. "I would love to thank him.” 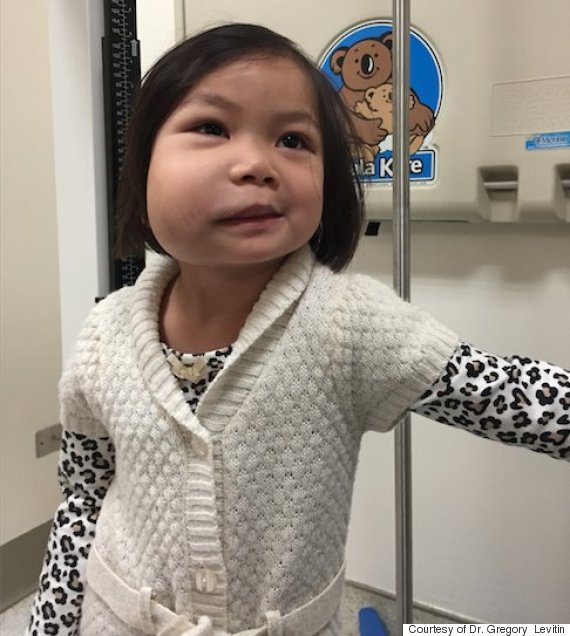 Kaitlin, before her surgery.

Levitin told HuffPost that the donor is no stranger to giving back. A few years ago, the anonymous man had reached out to the surgeon, offering to pay for the procedure of another man who had a large birthmark, but couldn't afford the operation to remove it. After seeing the operation's results, the donor was shocked and told Levitin that he was willing help another who couldn't afford such a surgery. So when Kaitlin's insurance company refused to cover her procedure in New York City, Levitin reached out to the donor once again, who happily agreed to fund the surgery.

Levitin says that the donor's generosity means a great deal to those he's helped. 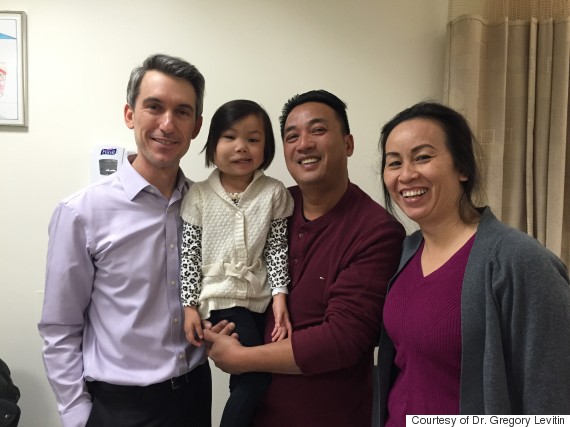 "These are people who would have fallen through the cracks and wouldn't have gotten the treatment otherwise," Levitin said.

The doctor told HuffPost that Kaitlin's surgery was a challenging one, but it went "wonderfully" and she is currently doing well. He said he was happy such a deserving child was able to receive the operation, and that the 3-year-old will likely see positive changes in her life because of it.

"This was a real game-changer operation," Levitin said. "It is my expectation that she will be just like any other 3-year-old girl who walks down the street with beautiful brown eyes and a cheery smile."