The pro-WikiLeaks Anonymous has been leading the charge against those have crossed WikiLeaks--including MasterCard and Visa, which stopped processing WikiLeaks payments.

Anonymous' account, @Anon_Operation, was suspended only a matter of minutes after it tweeted a link to leaked MasterCard credit card numbers (see tweet below). 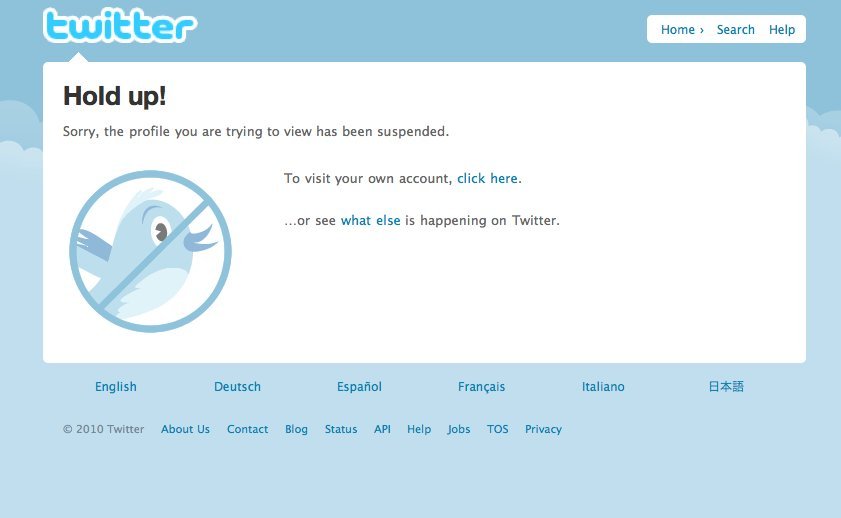 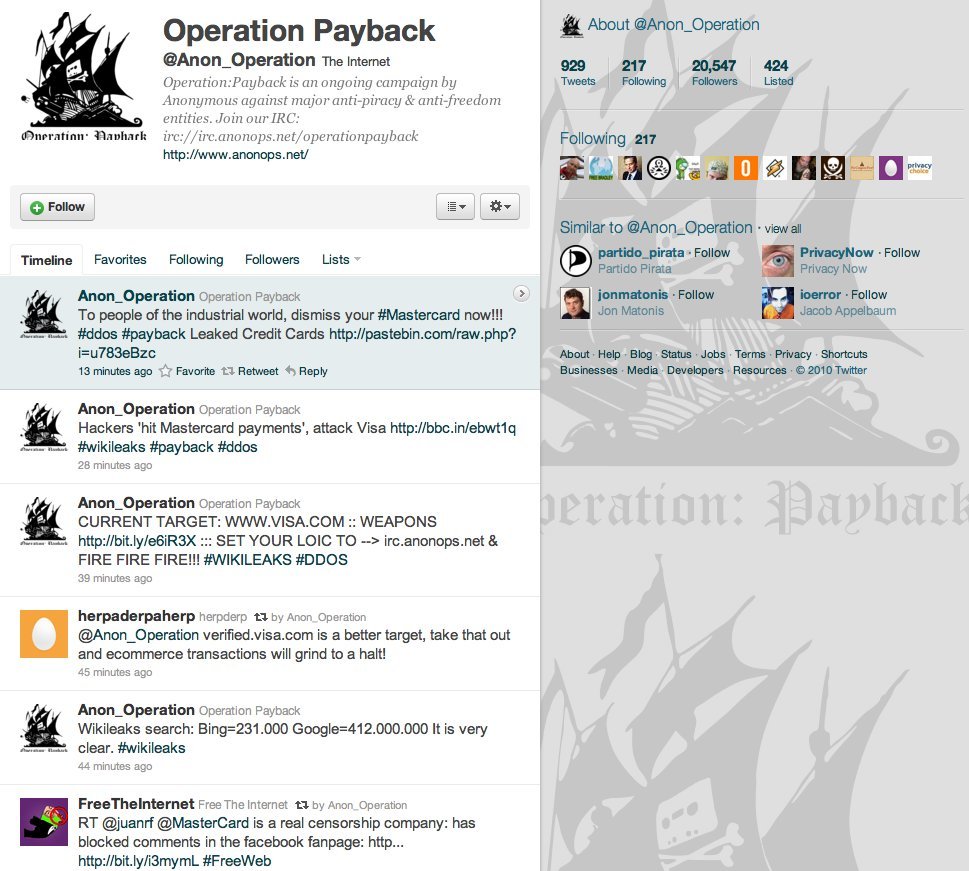