The notorious hacker group Anonymous has struck once again, and this time its victim was Virgin Media.

According to the BBC, the hackers' distributed denial of service (DDoS) attack began at 5 p.m. BST and made Virgin Media's site unavailable for one hour. While, as The Register reports, Virgin Media has claimed that the site is back online, at time of writing, the site was still down: 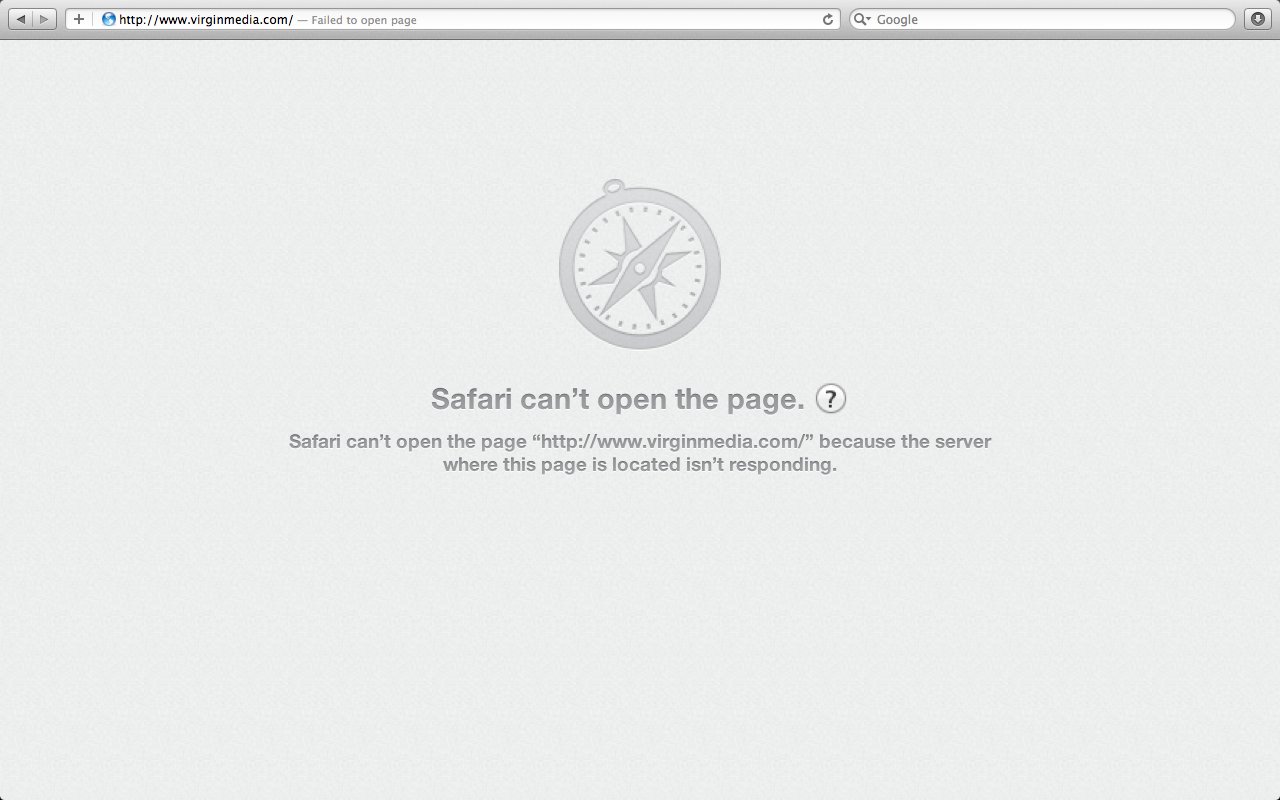 It seems what spurred this latest move by Anonymous, dubbed "OpTPB," was the British High Court's ruling on April 30 that Internet service providers, including Virgin Media, must block the file-sharing site The Pirate Bay.

Near the time of the attack on May 8, one Twitter account associated with the hacker collective, @AnonUK, tweeted:

Virgin Media has responded to the attack, telling BBC in a statement, "As a responsible ISP, Virgin Media complies with court orders but we strongly believe that tackling the issue of copyright infringement needs compelling legal alternatives, giving consumers access to great content at the right price, to help change consumer behaviour."

Seems like some random Anonymous groups have run a DDOS campaign against Virgin media and some other sites. We'd like to be clear about our view on this:

We do NOT encourage these actions. We believe in the open and free internets, where anyone can express their views. Even if we strongly disagree with them and even if they hate us.

So don't fight them using their ugly methods. DDOS and blocks are both forms of censorship.

What do you think of Anonymous's latest attack? Share your thoughts with us in the comments!