I was handed by the postman some weeks ago a mid-size package.

It contained the Turkish translation of a monumental work titled A Reference Guide to Modern Armenian Literature 1500-1920, by Professor Kevork Bardakjian, who I had the pleasure of meeting years ago at the University of Michigan.

As the social awakening in Turkey proceeds below the surface about the crimes of humanity at the end of the Ottoman Empire, with the immense tragedy that brutally wiped out massive proportions of its Armenian subjects from Anatolia, so do the activities to help raise the awareness.

Books -- some translated and others original -- on various aspects of the Armenian genocide are appearing, as well as others on Armenian culture and politics.

New ground was also broken by a recent conference at Bosporus University on the forced conversion of Christian Armenians to Islam, with heart-wrenching narratives now coming to the surface.

"You cannot imagine the mental blocks now coming unstitched in the Anatolian social fabric," a hardworking civilian activist told me recently. "Wherever we go and meet people, in villages or towns, in eastern or western Anatolia, the stories just pour out of them, about the past kept under the carpet."

This is very good news and encouraging for all those who push for a peace with history, by ending the denial.

Another historic threshold was, too, passed the other day, on Nov. 18, as part of the reconciliation process -- albeit seemingly slow motion, but irreversible.

A few prominent members of the Yerevan-based Civilitas Foundation opened an office in the heart of Istanbul, in a well-attended ceremony. It is the first time a purely Armenian organization has now cemented -- officially -- its active visibility in a step that was totally unimaginable, say, 10 years ago.

A non-profit organization established in 2008 by Armenia's former minister of foreign affairs, Vartan Oskanian, Civilitas has been focused on projects to strengthen civil society, promote democracy and facilitate dialogue between Armenia and the international community.

The importance of the event was underlined by an emotional inauguration speech by Salpi Ghazarian, director of the foundation, who is a good friend for all engaged in the reconciliation process over the years.

For her, it was a dream fulfilled, with an extremely loaded agenda ahead. 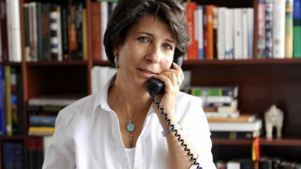 When I asked what it meant to her personally, Ghazarian told me:

"I was born a librarian, I believe in satisfying the need to know. We all have that need, and that right. Armenians about ourselves, our roots here in this city. The people of Turkey about themselves and their part in our history. This is a part of that process of seeking answers. We want to focus not just on helping each country's citizens better understand what's going on across the border, but also to demonstrate to the international community that we are able to speak to each other, even about the difficult issues. It is possible to tackle and overcome [these issues]."

Not so far ahead, the unresolved burden of the unspeakable atrocities of 1915 looms; in two years, its 100th anniversary will be marked. At this stage, question marks and hopes about a closure are intertwined.

Yet, as Ghazarian pointed out, it will not be the focus of the center's work; dialogue on memories and loss will matter more than anything else.

"The closed border between the two countries presents both a physical and a psychological barrier. It's a barrier to replacing old memories with new ones, to unrestricted access to today's Armenia and today's Turkey," she added, underlining the vital role of enhanced dialogue. "This can in no way replace the political work that must be done by governments. Nor is this a second track attempt at reconciliation. Instead, this is a civil society effort to support the work being done on the ground. It is also an effort to share information about Armenia's [and the diaspora's] organizations and NGOs."

It is all a work in progress. Anything that helps a closure is welcome. As a reminder of that, on my way out of the ceremony, I was handed by the owners of Aras Publishers, located in the same building, another new book in Turkish, by Leon Surmelian, on the tragedy of his family in Trabzon, in 1915. The more Turks and Armenians learn about each other, the closer they are.