Just before 9 a.m. on Thursday morning, the President of the United States, arguably the most powerful man in the world, decided to tweet insults about a female journalist’s supposed facelift.

After Joe Scarborough levied criticism on “Morning Joe” at President Donald Trump’s treatment of Secretary of State Rex Tillerson, Trump lashed out at both Scarborough and his “Morning Joe” co-host and fiancee, Mika Brzezinski, on the president’s favorite platform: Twitter.

...to Mar-a-Lago 3 nights in a row around New Year's Eve, and insisted on joining me. She was bleeding badly from a face-lift. I said no!

The tweets were roundly criticized, including by some Republican senators, and some on Twitter referred to the incident as “shocking.” And while the language used by the president is certainly appalling and, as Sen. Ben Sasse (R-Nebraska) tweeted, “beneath the dignity of [the president’s] office,” Trump’s vicious focus on a woman’s looks as a way to demean her isn’t shocking at all.

“Sadly this is not surprising from a man with a long history of sexual harassment and sexual assault,” said women’s rights advocacy organization Ultraviolet in a statement released on Thursday afternoon to press. “Tuesday it was sexual harassment of a female journalist in the Oval Office. Thursday it was cyber bullying a female journalist on Twitter. What once unthinkable new low will this man go to next? We fear the answer.”

This is the man who has rated women’s looks on a numeric scale, cut down his female critics by calling them “pigs” and “dogs,” mocked Carly Fiorina’s face, called a former Miss Universe “disgusting” for gaining weight, reportedly casually harassed women on “The Apprentice” set, said Megyn Kelly had “blood coming out of her wherever,” and inappropriately commented on an Irish journalist’s smile just two days ago.

This is also the man who while in office has supported a health care bill that is unquestionably cruel to women ― especially mothers and low-wage earners; who drastically expanded the global gag rule, threatening access to women’s health care around the world; who rolled back protections for women workers; and who proposed a budget that cut funding for teen pregnancy prevention. President Trump’s treatment of women isn’t just insulting ― it’s downright dangerous for the women who live in the country he governs, and the women around the world who are impacted by U.S. policies.

Be beautiful, but naturally beautiful. Be forever young, but age gracefully. And while you’re trying to do all of those impossible things at once, the men who have ascended to the highest offices in your nation might just take away your health care.

Going after a woman’s looks in order to demean and silence her is a tried and true tactic of powerful men, and the president’s tweets speak to this pattern.

When you’re a woman living in a sexist, ageist, racist society, your looks will never be good enough. If your body is deemed “too big,” you’re lazy and disgusting and unloveable. If your body is deemed “too small,” you’re gross and sick and unfuckable. If you look youthful, you can’t be taken seriously. If you look older, you’re invisible. And if you try to change any of these things through surgical means, because you’ve grown up in a society that tells you to in a million small ways every day, you deserve to be roundly mocked for it.

Be beautiful, but naturally beautiful. Be forever young, but age gracefully.

And while you’re trying to do all of those impossible things at once, the men who have ascended to the highest offices in your nation might just take away your health care.

These sort of casual attacks and violations feel nearly synonymous with womanhood ― something that Planned Parenthood President Cecile Richards articulated on Twitter.

“In support of every sister who has been harassed on the street, on the job, or on twitter #standwithmika,” she tweeted.

In support of every sister who has been harassed on the street, on the job, or on twitter #standwithmika

Harassment and bullying by men, especially the man who occupies the oval office, has to STOP.

I #StandWithMika bc no one should be targeted by online abuser & liar. Twitter shouldn't allow #Trump to #cyberbully. Reprimand him #Twitter https://t.co/SJm0t2RupI

@realDonaldTrump is the worst kind of misogynist bully. What does his teach our daughters about their place in the world #StandWithMika

This president relies on the trope of female bleeding as his best weapon against women who challenge him. #StandWithMika #purityanddanger

Back in September 2016, when Hillary Clinton brought up then-presidential nominee Trump’s treatment of former Miss Universe Alicia Machado, I spoke to Amy E. Farrell, Professor of American Studies and Women’s, Gender and Sexuality Studies at Dickinson College about the way body-shaming language is used to control women.

“Historically, comments about women being ugly, fat or like an animal...have been ways to keep women in line,” Farell said. “The fear of not looking a certain way that is acceptable to powerful men has been a way to scare women into spending their lives worrying about their looks... These are ways to scare women into not speaking up.”

Women don’t need President Trump’s Twitter feed to know that our perceived value is tied up in our looks. We already understand that “pretty privilege” is real. After all, we live it every day. But this is the dirty truth behind Trump’s reckless attacks on Brzezinski. He wants everyone ― those in government, the media, the American public ― to fall in line behind him. And when he perceives that a woman is failing to do so, he goes after her in the only way he knows how, a way that speaks to his own dangerous ideas about what makes up a woman’s worth.

Another Day, Another Tweet From Your President About How Much He Hates Women
Body Image Moments 2016 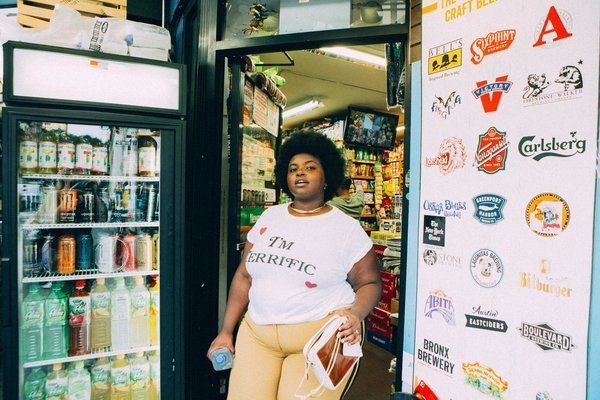