I recently stumbled over the Unconventional Apology Project, a project that shares first-hand stories of triumph over domestic violence in a portrait and interview series, and was reminded of my own experiences. I never told anyone. My husband had an idea, but never knew the details. This is my story.

I was 14 when I met him. He was tall, handsome, and seven years older than me. He was very straight forward, told me that he liked me, and that he wanted to hang out some time. I knew that my parents would never allow me to see a guy, not to mention a guy who is seven years older than me, but that wouldn't keep me from hanging out with him. I'd tell my parents that I was seeing some friends or running errands and meet him instead.

We would hang out in parks or cafes, the mall, sometimes we'd hide in apartment buildings -- you get creative. One day, we walked along the fence of the airport when an obviously intoxicated homeless man came by on a bike. For no reason, he started talking to the man. He was very disrespectful, made fun of the man and blocked his way so he couldn't pass with his bike. The man felt threatened and swung his beer bottle at him and he just snapped. He pulled the man off of his bike and just hit him over and over again and then kicked him until he stopped moving. Then he grabbed me and started running. We ran and ran and eventually hid in a near apartment building. He was bleeding so he called his brother to get him to the hospital and I went home. This was the day everything changed. His brother blamed me for what had happened and so did he. From this day on, I was bad news and every bad thing that happened was my fault.

One time he tried to kill a mosquito on his windshield and hit it so hard that the windshield cracked. He blamed me. Another time he had an argument with a guy on the street. He started a fight, broke the guy's nose, jaw, and a couple of his ribs and I just so happened to walk by and see it. It was my fault. He blamed me when his car wouldn't start, when he got a ticket, when his boss didn't treat him right -- it was all my fault.

I was trouble, a bad omen like a black cat crossing your path yet, we were like two magnets stuck to each other.

He asked me to celebrate New Year's with him and I agreed. I was so excited, got a beautiful dress with black sparkles, brand new makeup, I did my hair -- everything was perfect. He took me to a party where we drank champagne and danced, and then to a hotel room he had booked for the night. I couldn't stay for obvious reasons, but figured we could just hang out a little longer until I'd have to leave. That's when he raped me. He knew that I was a virgin and so he forced himself inside my behind. I was crying and screaming in the pillows, but he didn't stop until he finished. Afterwards he told me how good it felt and for some sick reason that made it okay for me. I was hurt and he was happy.

A few weeks later he rented an apartment for us to meet at. I told him that I didn't want to have sex with him and he said that if I didn't let him, he'd find someone else to get it from so I let him. I was so young and so in love -- I thought that without him my life would end.

Then I found condom wraps and other signs that I wasn't the only woman who'd been in his apartment. When I confronted him, he snapped. He pushed me against the wall and choked me. When I tried to run for the door, he grabbed my purse and hit me with it. He said that if I left, he'd kill me so I stayed and let him beat me.

He became very controlling and showed up randomly wherever I would go. School, sports, friends; wherever I looked, there he was; peeking through a window; watching. 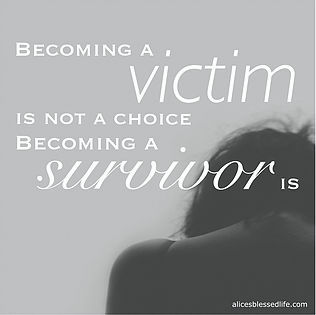 One day, one of his friends had seen me talking to a guy and told him about it. The guy I was talking to was my best friend's crush and I had only said "Hi" on behalf of my friend. He ordered me to a nearby park. When I arrived, he confronted me and told me that he would have to punish me. We headed towards a big playground in the neighborhood. It is a 20 minute walk and it was getting dark. This walk was the longest walk I've ever walked. I tried to find excuses to seek a restroom and call for help, but he wouldn't let me. When we arrived at the playground, he sat me on a ping pong table and started hitting me. He slapped me in the face; left, right, left, right, left, right -- it wouldn't stop. My face went numb and all I could think of was that this was it -- I'm gonna die. I knew that it would have to end at some point. He'd either stop or he'd kill me. Either way, it would end and so I waited. I let him hit me. I looked in his face and his eyes were black. He was so full of hate -- I was terrified.

After what seemed like forever, he stopped. He walked me home, said "I'll see you tomorrow," and that was it. I went to bed with his palms stamped into both sides of my face.

He continued to beat and rape me for two years. My parents noticed that something was wrong. They were worried and so they sent me to a teen psychologist. He followed me to every meeting. He'd hide behind a door or a window and listen to the conversations to make sure I didn't say anything wrong. If I did, he'd punish me. I had no one to talk to.

When I had just turned 16, he took a vacation with his family. He was gone for four weeks and I was free for the first time since I had met him. In those four weeks, I didn't have to answer to anyone but my parents. I was able to actually meet friends; to hang out and sleep over. I realized that this was the life I wanted to live. I didn't want to be hurt and treated like a piece of meat. I wanted to be free!

While he was still gone, I let him know that I wouldn't be waiting for him. He was just fine with it and I was relieved that it had been so easy except, it wasn't.

As soon as he got back from his vacation, the terror started. He called me non-stop. He knew when I'd leave for school, so he'd wait outside and try to pull me in his car. He'd hold onto me so I'd miss my train. He'd molest me in hopes that I'd just give in. He'd show up at my door, write the most disturbing things on the walls, and climb on my roof to watch me through the windows. He threatened to hurt me, to kill me -- it just wouldn't stop. He once ambushed a friend of mine with an ax ... an ax! Three times I reported him to the police. Nothing happened. This went on for three years, until I finally graduated and started working abroad.

This was nine years ago. Until today, he tries to contact me. Every once in a while he will message me on Facebook, send me an email, or whatever chance he gets to reach out to me and every time he does, my heart skips a beat and I get sick to my stomach.

A lot of the abuse happened in the open public at train stations, busy streets, parks, and playgrounds -- nobody ever came to help, even though my struggle was obvious. He was a boxer; tall, strong, and intimidating. People knew not to mess with him. When the police dropped the case, their reasoning was that I could have defended myself, but decided not to.

You might have noticed that I didn't mention his name and I apologize, if it got you confused at times, but saying his name makes him much more real to me than I want him to be.

For a long time I thought that I had moved on. I thought I had forgiven him, but I haven't. I pray that sharing my story will help me to finally forgive and move on and that it will help you to do the same. I believe that every story has a purpose. I didn't suffer for no reason -- nobody does. 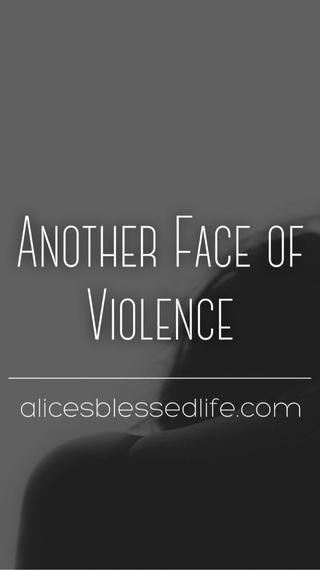