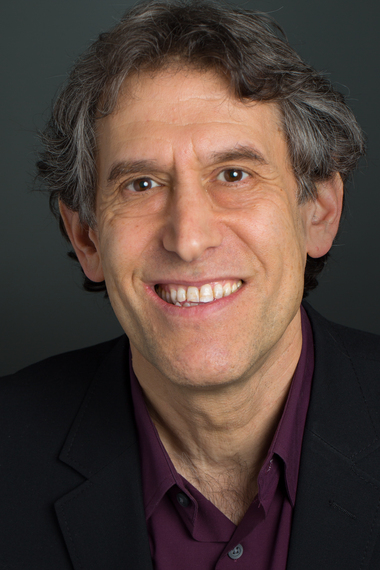 At a recent Jewish studies conference that was held in Boston, I decided to attend a panel discussion on "Yiddish Literature in Translation." As I settled into my seat in a room packed mostly with fellow Yiddish speakers, I was a bit taken aback by the first words of the first presenter and found myself fixating on them. "Now that we have reached the Post-ethnic era of American Jewish life..."

I thought to myself, "Did he actually say that?" Moreover, just how out-of-touch are these conference attendees that they can hear someone say that and not roar out "What? When did that happen?" (as, I must admit, I eventually did). More to the point, how am I supposed to explain that to my Russian-émigré relatives or my Brooklyn hipster students who just invested every penny they had in an "artisanal gefilte fish" factory?

Indeed, as a major instigator of the revival of Klezmer (the music of professional Jewish folk instrumentalists), I can remember a time when such a statement might have seemed a bit more logical, namely back in the 1960s, when mainstream American Jews seemed completely obsessed with burying their ancestral ethnicity and culture and trading it in for acceptance at affluent country clubs, an era most profoundly chronicled by a Hollywood-based sage by the name of Alan Sherman. For young Jews of the time who actually wanted to be Jewish, pretty much the only choice available was ersatz inclusion in the exotic but, to me at least, noticeably foreign culture of the nascent state of Israel. In those days, Jewish ethnic culture literally had to be rescued from the dustbins and dumpsters of history, one Dave Tarras 78 RPM clarinet recording at a time. That is what a handful of us did, wondering at the same time if anyone would ever care.

But in these times, how can the organized Jewish community, academic or otherwise, possibly afford to ignore what is clearly a growing trend among both Jews and non-Jews to embrace an ethnic culture that, much like the assimilated Jews of the 1960s, has finally "arrived"? Indeed, when the Pew Research Forum's comprehensive survey of Jewish attitudes toward their ancestral identity was released in 2013, the mainstream Jewish community was virtually beside itself with fear, determined that the precipitous decline of religious identification among Conservative and Reform Jews needed to be reversed at all costs. Somehow, the news that Jewish identification primarily through "culture, ethnicity, and ancestry" had risen steadily over the years from 7 percent among "The Greatest Generation" (that of my parents) to 32 percent among millennials was received as if it were some sort of virus that needed to be stopped at all costs.

Okay, I get that ethnic musicians are not usually the ones called upon to point out significant trends in a community, but as music director of several projects spearheaded by renowned violinist Itzhak Perlman that have been featured in recent years at such venues as Ravinia, Tanglewood, the Hollywood Bowl, Boston's Symphony Hall, New York's Carnegie Hall, not to mention in three PBS Great Performances specials, I do need to ask if there might be a positive side to this rising trend toward pride in Jewish ethnic expression (besides supporting my own career).

I remember well the phone call I received from a reporter representing Israel's largest circulation newspaper, Yediot Ahronoth, after one of our Ravinia performances, looking to review our concert. "There I was sitting out on the lawn and on various sides of me were not only Jewish but Korean, Chinese, and African American families listening in rapt attention...and, when you broke into the lively music, they all got up to dance together. Can you explain this to me?"

Really no explanation is necessary. When you play exciting music, people dance. When you play music with profound emotional intensity, people listen. When you offer workshops for young people who want to explore a vibrant culture, as was recently done for a week in New York (http://www.ajsnet.org/conference-menu.htm) and as has been done every summer since 1995 in Quebec's Laurentian mountains (http://klezkanada.org/), in Krakow, Poland (http://www.krakow-info.com/jewfest.htm) and in numerous other locations worldwide, people sign up and show up...in droves! And perhaps that's how a people actually survives.

The era of "embarrassment" over Jewish "ghetto culture" is long over. A major effort is needed to go beyond one-week workshops and find a way to provide substantial support for offerings in traditional Jewish music and culture at all levels of Jewish and general education...and, if not now, when?

About Dr. Hankus Netsky
Dr. Hankus Netsky is chair of Contemporary Improvisation at New England Conservatory, "one of the most versatile in all of music education" (JazzEd). Netsky is also founder and director of the Klezmer Conservatory Band, musical director for Itzhak Perlman's Jewish Music Projects, including "Eternal Echoes" and "In the Fiddler's House," and the recipient of a 2013 "Forward Fifty" award for his role in the resurgence of Eastern European Jewish music. The concert will provide an opportunity for attendees to purchase Netsky's recent book, Klezmer: Music and Community in 20th Century Jewish Philadelphia.  The book presents a detailed ethnographic portrait of Philadelphia's Jewish musicians, the environment they worked in, and the unique repertoire they performed at local Jewish lifestyle and communal celebrations.  He can be reached at hnetsky1@aol.com.