Last Sunday, I went to the Duplex in the West Village and saw Another Medea, a one-man show performed by Tom Hewitt (Jesus Christ Superstar, Rocky Horror, Dracula) and written and directed by Aaron Mark. I knew going in that it wasn't going to be your standard Duplex fare -- Mark had described the show as "Grand Guignol horror in the style of Spalding Gray" -- so it was hard to know what to expect. Monodrama meets horror?

I walked away from the show incredibly impressed and legitimately terrified (there were times I found myself gripping the back of the seat in front of me). Another Medea chronicles the tale of Marcus, a gay actor in present-day New York who gets into a relationship with a rich British doctor (Jason, naturally), has two children with him, and well... you can guess how it ends. 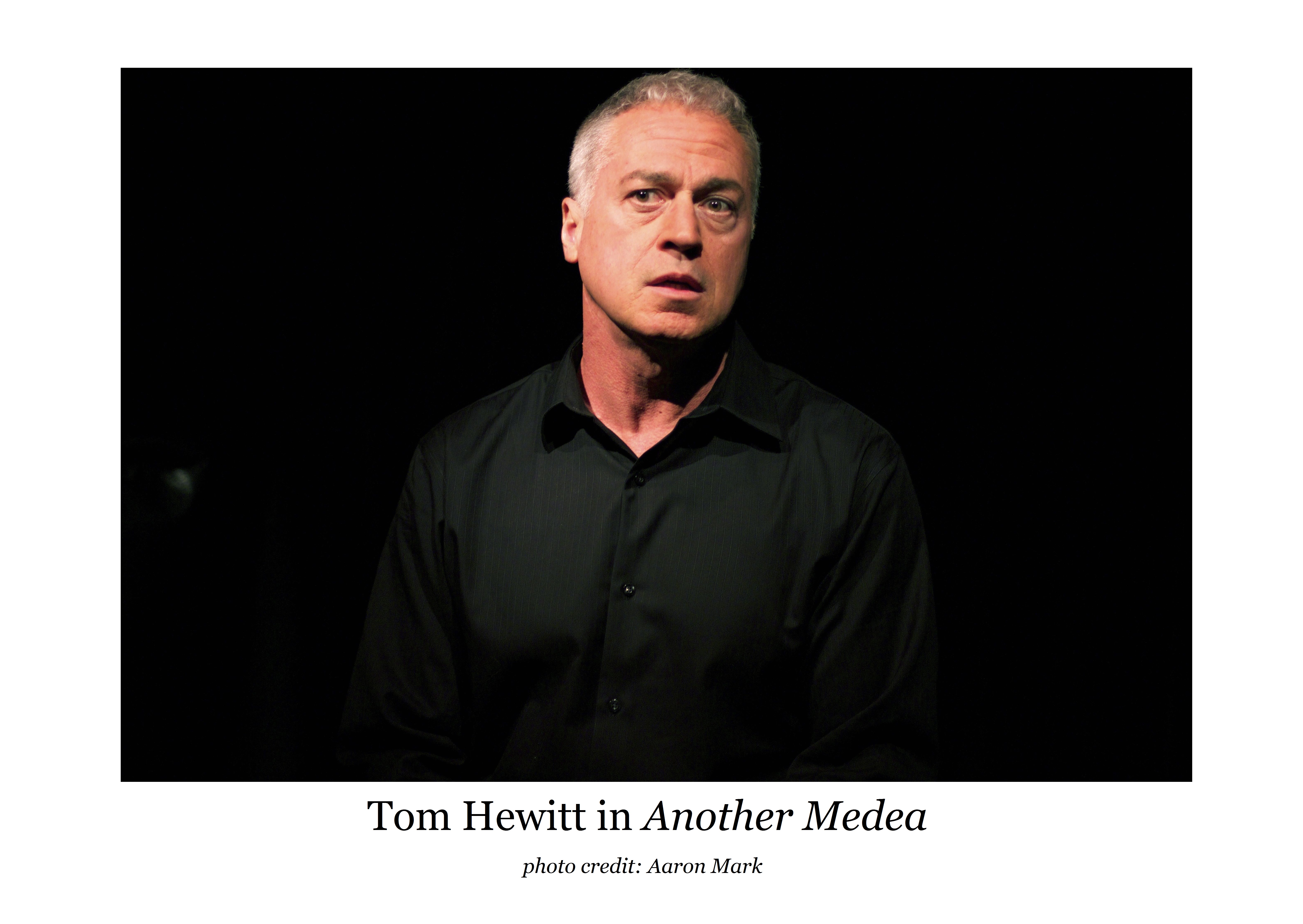 The play has one final performance at the Duplex on Wednesday, April 17th at 7pm. If you can, you should go see this brilliantly acted, horrific tale before it closes and goes onto a bigger life this fall.

I sat down with writer and director Aaron Mark to talk about why he wrote Another Medea, our obsession with the Medea story, and what's next for the play:

Where did the idea for a modern gay adaptation of Medea come from?

I was reading Charles Ludlam's Medea and loved it -- that was the jumping-off point. After that, I became aware of the number of adaptations of Euripedes' play, which are everywhere. But there had never been a version where the title character was a man. Ludlam's was a man in drag, of course, but he was still playing a woman. I thought that it was interesting, because in the original, Medea's an outsider with no legal rights. And I thought that we could do that in the present day with two gay men. And I had become really interested in monodrama and Spalding Gray and thought that would be an interesting way to tell this story. I had also worked with Tom a couple times before this, and he's so talented. I wanted to write a play for Tom that was a showcase for him, something that would be a really intimate play and give him a chance to show off what an actor he is.

One of the most interesting parts for me is that the way Tom tells the story, it seems like it could be true. He's very believable. Why did you decide to write the play this way?

I am very wary of theatrics, which is what a lot of the productions of Euripides' Medea are about. I wanted to get as far away from that as I could and just have Tom tell the story as simply as possible. It's really about storytelling, which is what we do. We tell these stories over and over. But this way, the audience questions whether it's true or not true. It's really fiction, but I had somebody who didn't believe me even when I told them that. They were like, "no, I read about this." The fact that people think it's true adds another level -- it heightens the storytelling.

In the play, Marcus graphically describes the moment when he kills his children. What's been the audience reaction?

Shock. Absolute shock. I don't think they know what they're in for. In the original story and in the adaptations, you never see it. It happens off stage. I thought, if you're going to tell it, why not go there? It's been hard to find the balance of what's too much and what's not. A slight hand gesture might be too much. We've had to pull back. But I think it's important to really look at what he does and get us thinking about it. It also counteracts the charm of Tom as an actor in this character. You fall in love with him. It would be cheating the audience not to really go there, as horrible as it is. That's the point.

Why do you think we keep coming back to the Medea story? As you talk about in the play, there have been countless adaptations of it as well as actual examples in the news.

I think because it's the most horrific thing, killing your kids. And trying to examine and understand that, because it absolutely happens in real life all the time. Certainly for me, I was working through why this happens. I can't really think of a worse event. And Tom brought up the other day that it's even harder for gay parents to have kids, so it's that much more unimaginable that someone would do this after going through all that. It ups the stakes.

Tom Hewitt is absolutely sensational. What has it been like working with him?

I just think he's a genius. The thing about Tom is that his instincts are so unbelievably specific -- he's so good at going through word by word and paring down the script. If a single word doesn't feel honest, he's always right. And I think he's used to working on these very large-scale pieces where he doesn't have the ability to touch the material. He's been very willing to get involved with the process and it's been a phenomenal collaboration.

So what's next for Another Medea?

We're trying to figure that out. We want to bring it back in the fall in some incarnation. Ideally, we're going to do it leading up to Halloween, we just don't know where yet. For such a long time, we thought we'd just do this as an audio recording. Part of the run at the Duplex has been figuring out if it actually worked in front of people. It really does, so I want to keep doing it and see where we can take it.

Great -- I hope lots more people get a chance to see it.