I keep getting comparisons in my Facebook feed between the U.S. and Australia when it comes to gun control and calls for us to follow their example. Noble idea. Flawed logic.

We can't and we won't, despite the fact that there are claims Australia "in some ways shares the United States' frontier mentality and history" since it was also ruled by Great Britain. But what happened there after a decade of gun violence left 100 people dead couldn't possibly happen here, even though it's resulted in a decline in suicides and a possible decline in murders (analysts dispute the results).

Australia's reform was radical: "The law banned semi-automatic and automatic rifles and shotguns. It also instituted a mandatory buy-back program for newly banned weapons." Does anyone see a U.S. buyback of millions of guns ever happening? 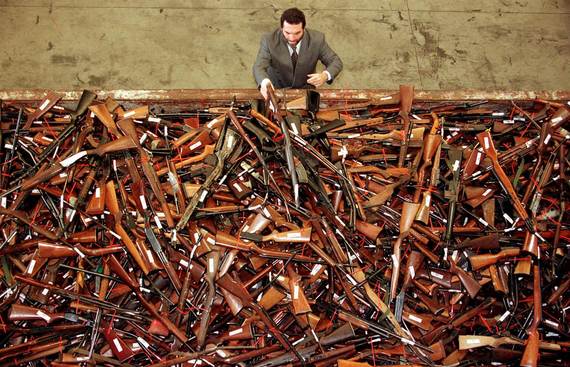 Serious gun control efforts in the U.S. are doomed and always have been -- and not just because of the power of the NRA or because of the Second Amendment. Guns are so enmeshed in American history, so much a part of our cultural DNA, that there will never be truly meaningful gun control in the U.S. Advocates of gun control don't seem to understand that and don't seem to appreciate the continuing, cross-generational impact of our founding national story.

One main reason we rebelled against the British was their attempt to take away our guns.

In 1774, the British only had 2,000 troops in heavily-armed and seething Boston, and the British response was to take control of the powder house, which meant that Bostonians wouldn't be able to use their guns. The British also started searching for guns and ammunition without warrants. And to suppress a rebellion against their rule, the British effectively began embargoing exportation of guns and ammunition to the Colonies. 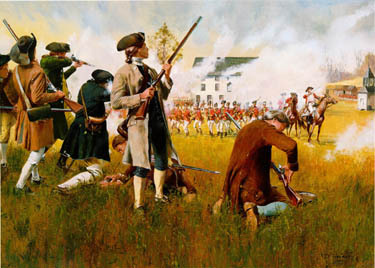 The very first battles at Lexington and Concord between Americans and the British took place because British troops were coming to seize an American arms cache.

So there you see guns galvanizing us before we had a flag, a Declaration of Independence, a government, a national anthem, before we had anything that truly united us. Guns, and holding on to our guns.

Every time there's a mass shooting like the one in the Louisiana movie theater, we see news conferences and petitions and TV panels and pinion pieces engaged in soul-searching -- but repeated efforts at gun control have failed miserably for decades and they'll keep failing no matter how much anguish we suffer. Citing gun control in other countries like Australia is pointless, because no other country has our unique history with guns and what they inescapably mean to us. Tragedies like the one this past week in Louisiana will keep happening, and so will the laments about the need for change -- but our history can't be re-written.

Lev Raphael is the author of 25 books in many genres which you can find on Amazon and B&N.