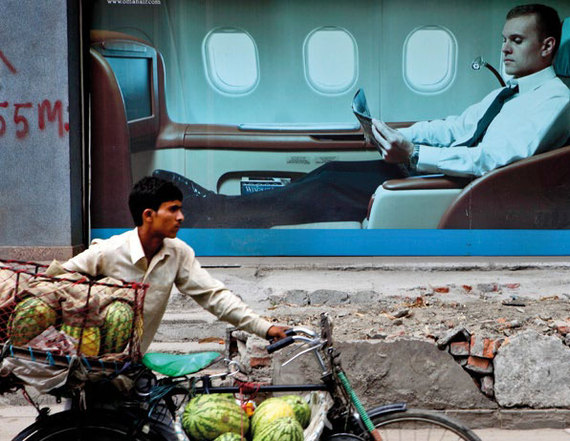 Activists from around the world will defy the terrorists to attend the World Social Forum in Tunis on March 25, determined to make the occasion a beacon for free speech, justice and equality. I am proud to join the leaders of Greenpeace, ActionAid, Civicus and the Association for Women's Rights in Development in highlighting the urgent need to tackle the vested interests of the 1%, in order to build a better world for all of humanity.

If you are in the top 1% of the global wealth stakes, our economic system works exceptionally well. Since the financial crisis in 2008, most of the wealth created in the world has ended up in your bank accounts. By next year, you could own more wealth than the rest of the world put together.

This is not just a global phenomenon. The growing gap between rich and poor is a reality for seven out of ten people on the planet. Last week the World Bank calculated that ten Africans own more wealth than half the continent. Statistics like these are actually a cold shower on people's natural, positive aspirations to improve their lot - they're telling us the 99% won't get there, or anywhere close.

Wealth is used to entrench inequality, not to trickle down and solve it. Our research shows how pharmaceutical and financial lobbyists spend hundreds of millions of dollars to influence government legislation in their industries' favour, saving them billions of dollars, for instance by securing the banks' huge state bailouts. Across the world, we see that great money doesn't only buy a nice car or a better education or healthcare. It can buy power: impunity from justice; an election; a pliant media; favourable laws. With the privatisation of our universities it can even buy the world of ideas.

There will be no victory in the fight against poverty unless this trend of worsening inequality is reversed. This is recognised by figures as diverse as the Managing Director of the IMF and the Pope. But we cannot win it under the current broken economic system.

This is a system that sees a world possessed of huge wealth nevertheless leaving the vast majority of humanity behind with virtually nothing at all. One where women are systematically exploited; at the current rate of progress it will take 75 years before women are paid the same as men, never mind that women's unpaid care work continues to remain invisible. And it is a system that is leading us to runaway climate change.

Yet the 1% are quick to tell us that there is no real alternative. Sadly, they say, nothing is ever perfect and of course there will be winners and losers (and typically, by implication, talented winners and feckless losers). But that we should be grateful - it's the best we can hope for.

What an appalling failure of imagination. What a shocking lack of faith in human invention, ingenuity and spirit. I am sure of two things. One is that another world is possible; the second that it cannot be imagined or created by the 1% - it is up to us.

I believe we can build a human economy where people are the bottom line. We need a world where people do not have to live in fear of the economic repercussions of getting sick, or losing their home or job. Where every child gets to fulfil their potential. Where corporations pay their fair share of taxes and work for the good of the majority, not just their shareholders. Where the planet is preserved and sustained for our children and their children's children.

This is not an impossible dream, it is a practical possibility, well within our reach. To get there we need to organise. We need to harness the boundless energy and creativity of our youth. We are many, they are few.