"We stand at a precipice in the history of water," photographer Ansley West Rivers writes in her artist statement. "How we approach the health and use of our rivers now will determine the lifespan of fresh water."

Rivers -- whose rather perfect name is not lost on anyone -- has devoted her recent life to capturing photographs of America's disappearing bodies of fresh water. She's an ardent advocate for watersheds as maps, visual pinpoints that tell a story of our civilization's past and present relationship to waterways in the United States. Her photos are not intended to be documentation, but rather, constructed portraits that pull together images of climate change, over-farming, industrial development and the general public's constant need for fresh water. 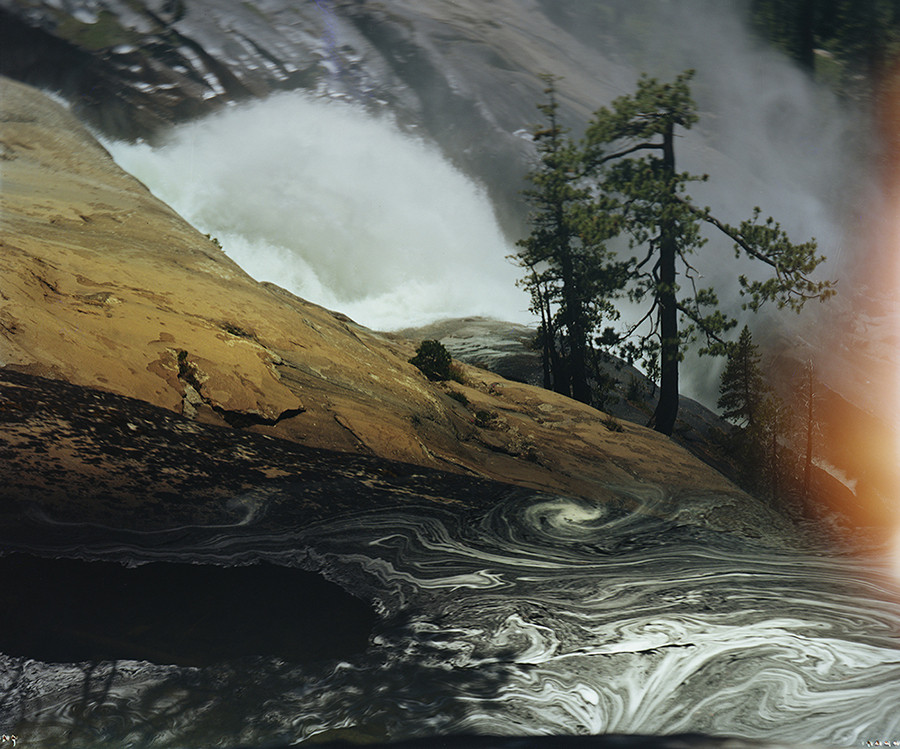 According to the EPA, there are 2,110 watersheds in the continental U.S.

Her series, "Seven Rivers," began in 2011. After spending 25 days floating on the Colorado River, passing the Grand Canyon, Lake Powell and Lake Mead, nestled between Glen Canyon Dam and the great Hoover Dam, she began to take notice of watermarks. "The Canyon is a National Park giving the impression of untouched wilderness," Rivers, who currently lives and works with her husband on their farm on the coast of Georgia, explained to HuffPost. "But the rapids, though wild with whitewater, are all government controlled. While floating downstream, I would gaze up the canyon walls to see the historical watermarks stretching above. The marks are evidence of the river before the dams."

They stand as evidence of the people that once populated the banks of the rivers too. "The death of a civilization is also evident throughout the canyon," Rivers added. "The people who lived along the riverbanks now only exist as ghosts and ruins dotting the canyon. Their loss is felt through the spirituality that exudes from the canyon walls but their life is no longer."

After her Colorado River trip, the artist began investigating the changes in other rivers -- from water levels to temperature, wildlife to saltwater intrusion. The seeds for "Seven Rivers" were sewn, taking the form of a photography project meant to capture portraits of seven of America's fresh water bodies: the Colorado, Missouri/Mississippi, Columbia, Rio Grande, Tuolumne, Altamaha and Hudson.

Like photographic collages, Rivers' works toy with negatives, splicing together remnants of water's present, with fragments of a future filled with looming smokestacks and receding shorelines. Horizons bend into silhouettes, while the waves of one river disappear into the rush of another. They are not realistic depictions of the state of fresh water, but Rivers' abstract renderings draw the viewer into a realm of conservation otherwise overlooked.

Rivers concludes: "The debate over water can only truly begin if we can connect ourselves to the rivers that sustain us."