Actor Anson Williams cemented his status in American pop culture playing the likeable "square" Potsie Weber on the iconic TV show "Happy Days". That beloved sitcom may have had its "final" episode in September 1984, but the show's appeal and fan base have proven to transcend the generations. After "Happy Days", Williams has been busier than ever as a television director, producer, and businessman. He's also a self-proclaimed food lover-- and as we enter 2016, Williams has entered some tasty new territory! The energetic entrepreneur has created "The Perfect Portion Cookbook", which he's co-authored with Mona Dolgov and Bob Warden. The launch of this new project may have been motivated by William's own personal quest for health and fitness (More about that later...!), but the ultimate mission of the book is much larger in scope: To have its readers learn a new way of staying lean and lively, while still enjoying their "tried and true" comfort foods -- 100 calories at a time!

It's no mystery that the Unites States has a weight problem. There are infinite resources about food and nutrition available from the internet, magazines, and books. There's an increased availability of "light" foods, artificial sweeteners, and over-the-counter weight loss supplements. So, what's going on? While there have been volumes written about why we're overweight and what we can do about it, the "back to basics" answer is so simple that it escapes most of us: (1) take in fewer calories, and (2) increase your activity. Oh so simple... but, admittedly, oh so hard to follow! While the love of good food is a universal phenomenon, extra large portions seem to be a very "American" thing, as evidenced by our "supersized" fast food options and our affinity for all-you-can-eat buffets. Indeed, portion control can be difficult-- but the authors of "The Perfect Portion Cookbook" seem more than happy to help. The enticing book has 336 pages, with a eye-popping feast of color photographs. There are 150 recipes, with a concentration on American comfort food (classic meatloaf, mac and cheese, pork chops, "Mom's chicken pot pie", and more). There's breakfasts to desserts, plus holiday classics and party-style munchies. What makes the book incredibly useful are the "helpful tips", and the user-friendly charts to help measure the "perfect portion" (100 calories) alongside each recipe. With enough options to satisfy just about every personal taste and occasion, I'd go as far as to say that this may be the ONLY cookbook that you'll need in 2016.

What inspired Anson Williams to create "The Perfect Portion Cookbook"? He tells me, "The inspiration for the book started on 'The Secret Life Of The American Teenager', a show that I was directing. I had gained 24 pounds because of all the constant food on the set. I knew that I had to get control of my eating habits, but also knew that diets, et cetera NEVER, EVER WORK! This includes needing to be a physicist to figure out calorie counts with cardboard-tasting Weight Watchers programs, et cetera. Life would be great if I could eat what I want and never overeat! One day, I was at the supermarket and noticed all of the 100 Calorie Portion Snacks. This was the 'it' moment! I thought to myself, 'What If I could eat all the best, yummy, comfort foods and each portion was exactly 100 calories? How easy a calorie count would that be?' This was the start of 'The Perfect Portion Cookbook' using the 100 Calorie Count System. The first ever!"

It's the "100 Calorie Count System", in fact, that separates Williams' book from the explosion of "celebrity cookbooks" that have appeared as of late. I point out to the author that a lot of skeptical people may find it hard to believe that famous people DO cook... and that many of them actually LIKE to cook too! Williams responds, "I realize that numerous celebrities profess to be gourmet chefs, et cetera. I am definitely not one of them. The success of 'The Perfect Portion Cookbook' was total teamwork. I am nowhere near a food gourmet, and never pretended to be, when I created the idea for the book. My business partner JoAnna Connell and I went to Bob Warden-- well-known on QVC and a "New York Times" best-selling cookbook author-- to partner on the project. He brought in the team to make 'The Perfect Portion Cookbook' a reality."

Now that the book is a reality, I asked Anson Williams to tell me his own "perfect meal"-- from appetizer to dessert:
"The perfect comfort-yummy-meal from our cookbook is easy for me:
Appetizer: Guacamole Stuffed Cherry Tomatoes (4 servings =100 Calories) on page 203,
Salad: Waldorf Salad (1 serving = 100 Calorie) on page 59,
Entrée: Bob's Chicken Pot Pie (3 servings = 300 Calories) on page 79,
Dessert: Chocolate Chip Cookies (2 servings=200 Calories) on page 289.
Total calories for a satisfying, delicious meal....700 Calories!"

Of course, in addition to all the talk about food, I was also curious about "Happy Days". I asked Williams if there was one recipe that is emblematic of his experience from the show. He reveals, "A recipe that echoes 'Happy Days' is definitely 'Baked Mac & Cheese'-- SO popular in the 1950's. Go back to page 75, and then definitely to the future!" What is the actor's relationship with his extremely loyal fan base as we enter 2016? "The connection of 'Happy Days' to all cultures continues to amaze me. It's now 2016, 42 years since its premiere episode, and a whole new generation has taken a seat at the center booth in Arnold's! It used to be a family of a mom, dad, and kids that were fans of the show. Today it's grandparents, kids, and grandkids that are fans of the show-- and I feel an equal, loving, connection with each generation."

Incidentally, "The Perfect Portion Cookbook" also offers suggestions for exercise on page 336: "How To Burn 100 Calories". Considering Anson Williams' philosophy of "Sixty is the new sexy!", it seemed odd that one common (and fun!) activity was conspicuously missing. So, for a final question, I inquired, "What is the one recipe in the book that's guaranteed to, shall we say, make for a very 'fun' Valentine's Day?" His answer? "Sixty IS the new SEXY! The recipe to describe this? Hmmmmmm.....Vanilla Bean Ice Cream, page 307...not too frozen! (Laughs) I would go for two servings at 200 calories. You'll work off the extra 100 calories!"

I can't wait to find out! 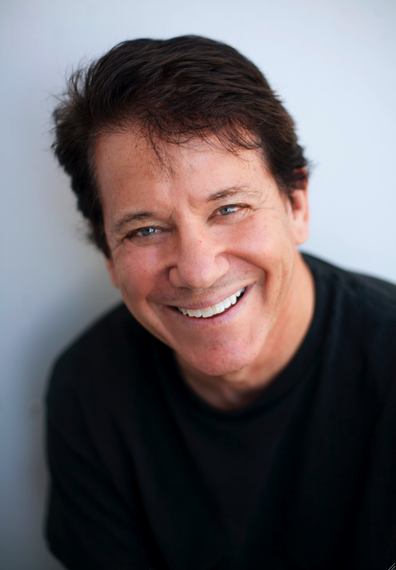 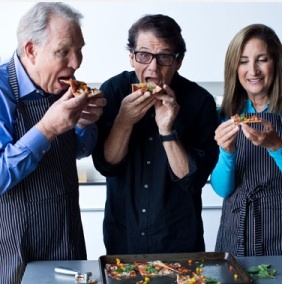 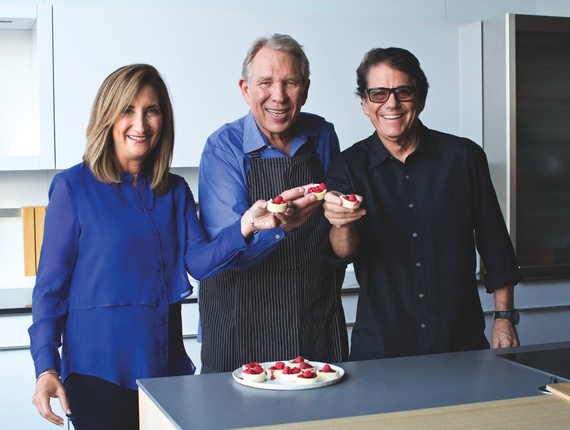