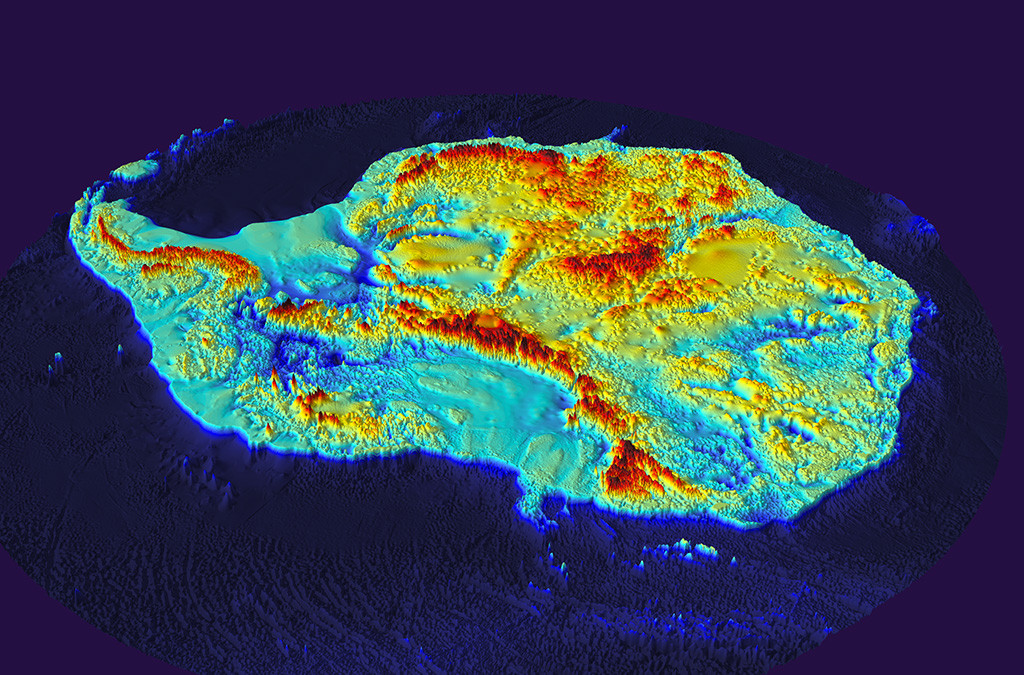 When most people think of Antarctica, they think of a permanently frozen wasteland dominated by massive sheets of ice. But a new image (above) shows a side of the continent most have never seen before.

Scientists from the British Antarctic Survey (BAS) recently released an new model offering an amazing peek beneath the surface of the frigid continent. Called Bedmap2, the topographic image is a product of collaboration between the BAS and international contributors.

The project yielded a host of discoveries. Included among them is an area underneath the Byrd Glacier in Victoria Land that sits 2,870 metres below sea level -- lower than any point on Earth's continental plates.

With regards to climate change, the team determined that the global sea level rise contribution from the melting of Antarctic ice was reassessed to 58 meters (190 feet), slightly lower than previously thought. Former estimates put that number at 61 meters (200 feet), but the BAS said the new measurement is more accurate.

In November 2012, The Guardian reported that sea level rise is occurring about 60 percent faster than scientists expected, according to a study by the Intergovernmental Panel on Climate Change. Furthermore, research published in Nature Geoscience last December said that Central West Antarctica is among the most rapidly warming regions on Earth, having warmed 4.4 degrees Fahrenheit since 1958. According to the New York Times, that is three times the overall rate of global warming.

The Times also pointed out that "warming" in Antarctica is relative, since average annual temperatures on parts of the Antarctic ice sheet are close to 50 degrees Fahrenheit below freezing. Still, scientists who worked on the Nature Geoscience study said that the rapid warming trend was "alarming."