The final season of “Anthony Bourdain: Parts Unknown” premiered on Sunday night, and it brought fans to tears.

Bourdain, who died by suicide in June, spoke with W. Kamau Bell while on location in Kenya about how lucky he was.

“I fucking pinch myself because I cannot fucking believe that I get to do this or see this, ever, or that I ever would,” Bourdain said, reflecting on how far he’s come from his humble roots. “Because at 44 years old, dunking fries, I knew with absolute certainty that I would never, ever see Rome much less this.”

But the comment that touched people the most may have been at the end, when Bourdain seemed to be speaking not only of his legacy but about what may come next:

“Who gets to tell the stories? This is a question asked often. The answer, in this case, for better or for worse, is I do. At least this time out. I do my best. I look; I listen. But in the end ― I know ― it’s my story. Not Kamau’s. Not Kenya’s or Kenyans.’ Those stories are yet to be heard.”

Sunday’s broadcast was the last “Parts Unknown” episode for which Bourdain completed his signature scripted narration. However, filming had finished on several others, including Indonesia, West Texas, Spain and the Lower East Side of New York City.

Over the summer, CNN announced that it would use audio of Bourdain from the filming of each episode to serve as narration. Those episodes and two Bourdain specials will air on Sunday nights through mid-November.

The full schedule is here.

Friends, colleagues and fans passed around the tissues on Twitter:

Getting ready to watch, @Bourdain’s, “Parts Unknown:The Last Episodes”, which starts today on @CNN at 9PM. I so hate he’s gone. He had so much more of the world to share with us. pic.twitter.com/C0LqaACDzh

"I do my best; I look, I listen but in the end I know its my story."@Bourdain, you've broken my fucking heart.

Such a bittersweet episode.
Thank you very much, Tony. pic.twitter.com/QqrkF608LS

@Bourdain Oh how I miss you. These last 5 episodes. Seeing you, hearing your voice tell the story. Knowing that these are the last stories you will tell. Breaks my heart all over again #PartsUnknown #anthonybordain #SuicidePrevention

Crying while watching one of the very last new episodes of “Parts Unknown.” It’s so heartbreaking that Anthony Bourdain didn’t realize how truly special he was.

Watching #PartsUnknown with the late Anthony Bourdain and @wkamaubell. Still hard to believe he’s gone. His candor and humanity moved us all. Thinking of Kamau and the entire @cnn family. This #Kenya episode is enlightening, inspiring and heartbreaking all at the same time.

This #PartsUnknown with @wkamaubell joining #AnthonyBourdain is glorious. How heartbreaking that Bourdain is gone. https://t.co/y2kUR2kflU

That closing scene to @PartsUnknownCNN . . . "Who gets to tell the stories? This is a question asked often. The answer in this case, for better or for worse, is: I do. At least this time out. I do my best. I look. I listen." @Bourdain

@wkamaubell The scene of you talking to Anthony Bourdain at the top of the mountain is heartbreaking and beautiful and profound. I’m not crying, you’re crying. 😢 #PartsUnknown

This conversation me and Tony had on the hill was one of the best experiences in my life. I knew it at the time & I means even more now. Thank you, Tony. #PartsUnknown #UnitedShades #ShadesUnknown pic.twitter.com/BLhK8oxs3S 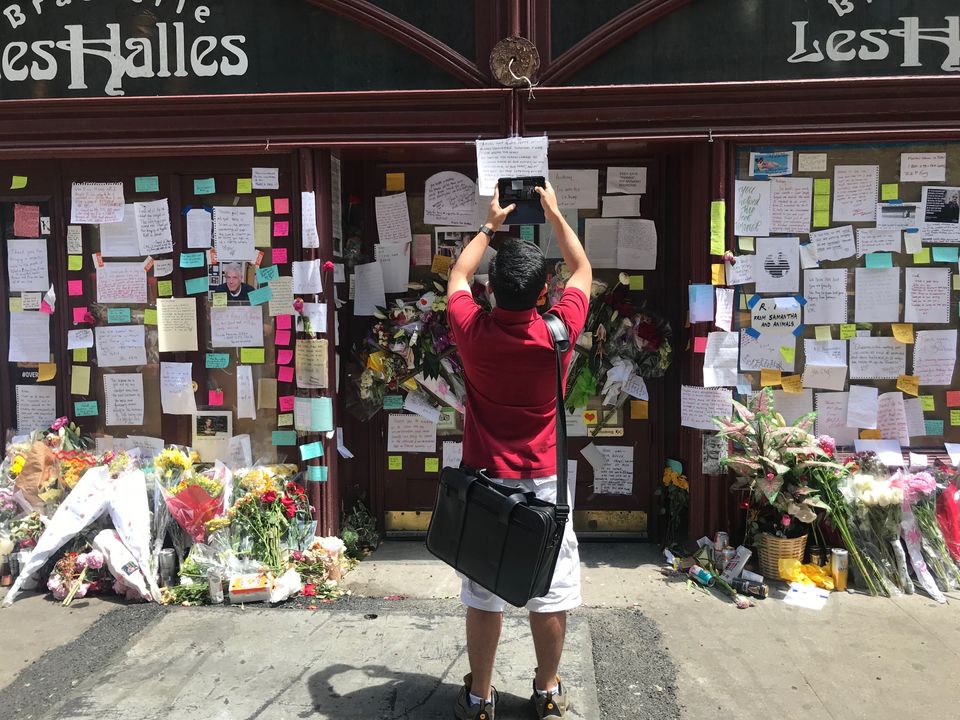