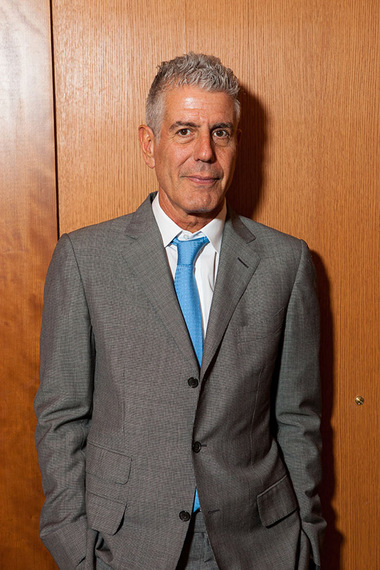 Last week I had the pleasure of meeting Anthony Bourdain to discuss his latest project, the short film series Raw Craft and his role as lead juror for the American Craft Council Rare Craft Fellowship Awards. In partnership with The Balvenie, the Awards events were held over a lovely lunch hosted at New York's Le Bernardin, and honored the four finalists with clips from the series of each of the artists and their work. The series takes the viewer into the workshops of artisans and craftspeople making beautiful, quality objects that are reminiscent of another era. Instead of close ups of flaming grills, food markets, and seafood towers, the films feature shots of red hot steel, metal grinders, and details of intricate stitching. 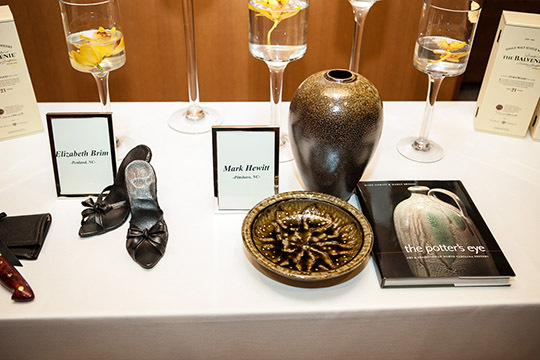 Display of the Finalist's Work - Photo by Brent Herrig 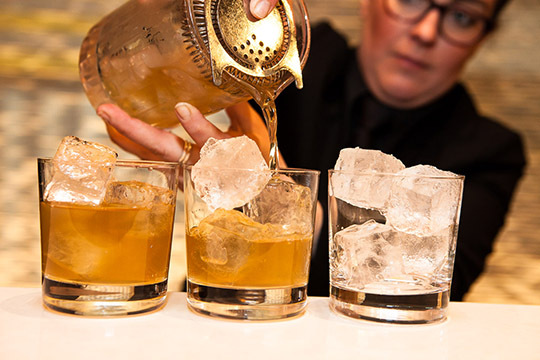 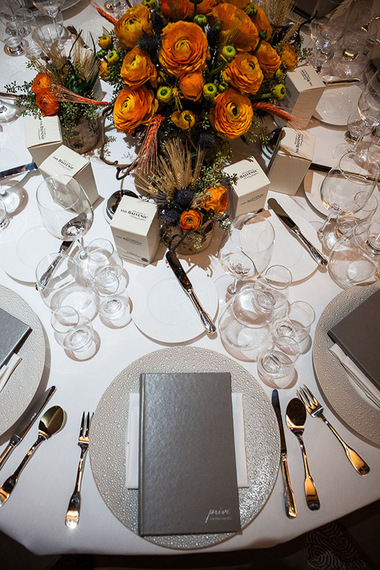 Throughout his career, Bourdain has brought attention to the people in the food industry who have dedicated themselves to doing things the hard but honorable way. The legendary fish butcher, Justo Thomas who butchers 700 pounds of fish a day at New York's famed Le Bernardin, food truck vendors who make blue corn tortillas on the streets of Mexico, matriarchs from every corner of the earth who have cooked the same traditional meals for generations - Bourdain has told their stories, and in the process, made us lust for adventure and street food. 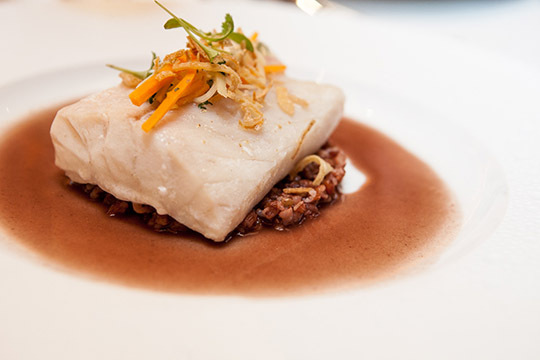 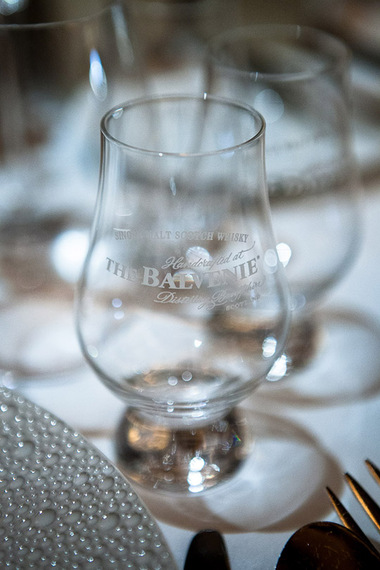 Bourdain now turns his attention to the people who make bespoke hand tailored suits, Damascus knives made from over 400 layers of steel, cast iron pans that are designed to not get hot on the stovetop, and handwoven baskets - those who have dedicated their entire lives to doing one thing well. "I might not strike you as the most romantic guy in the world," says Bourdain, "but there are certain objects that inspire even a cold blooded cynic like me, to flights of romance... Those objects which inspire belief in the metaphysical and in the magical...A skillet, a knife, a favored pot, a basket, a suit of clothes, a beautifully hand bound book. Things you want to rub your hands over, and think somehow that you're taking in some kind of accumulated wisdom, or magic - or something." 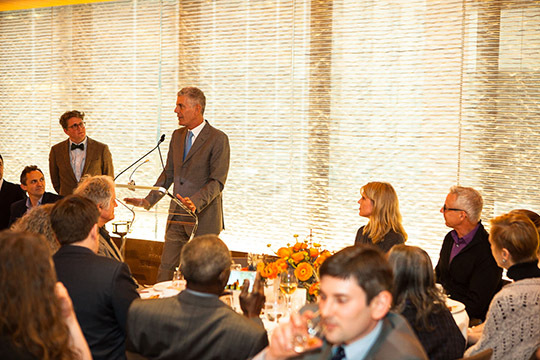 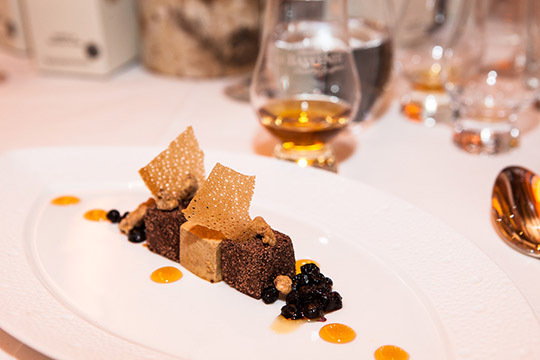 The winner of the fellowship was Bob Kramer, a knife maker who has re-designed the shape of kitchen knives to have a better weight distribution and to function better in the user's hand. His Damascus series of knives is nothing less than humbling, over 400 layers of steel layered together and then worked to create a mesmerizing marbling pattern. 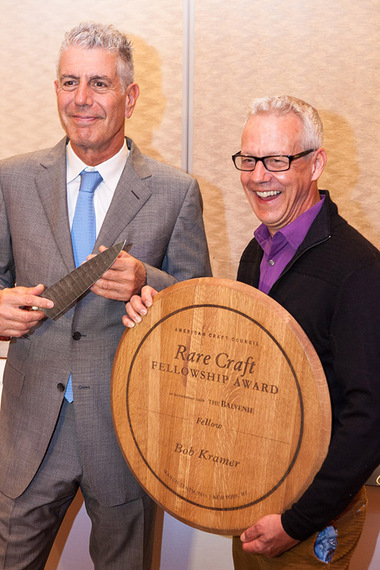 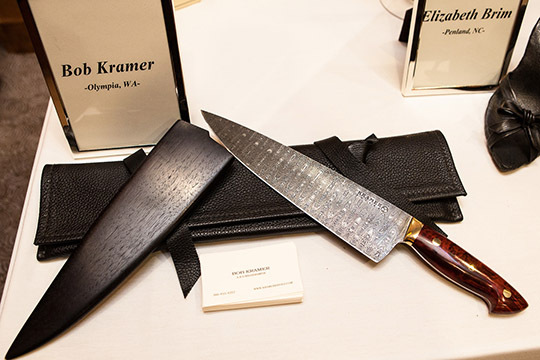 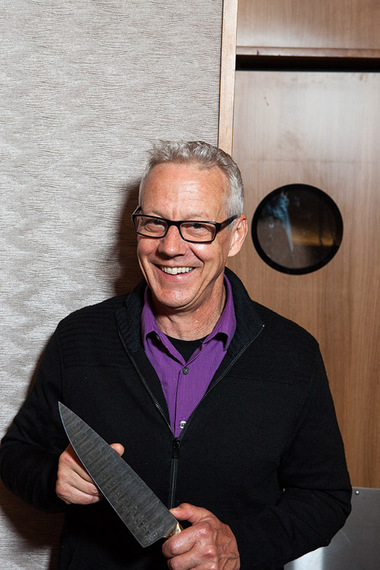 Gastronomista: What have you been able to take away from the experience of visiting the workshops while filming the Raw Craft series?

Anthony Bourdain: I admire people who do a hard thing because they can't help it, or because they think it's the right thing, or because they want to be the best, that's something we should reward. And as a society, more often than not, we punish that. Let's be honest. The pressure is, make it faster, stupider, and cheaper.

G: What were some of your favorite moments?

AB: I enjoyed hanging out with Frank Shattuck, who makes about one suit a month. Possibly the best bespoke suits in the world. He worked on (when he was still being mentored by his master) the suits of goodfellas. He'll show you that scene of Robert de Niro kicking Billy Batts to death, and he'll say "Look at that, the collar, it doesn't move"...Bespoke suit makers hand make everything, stitch by stitch by stitch. And he's a character. 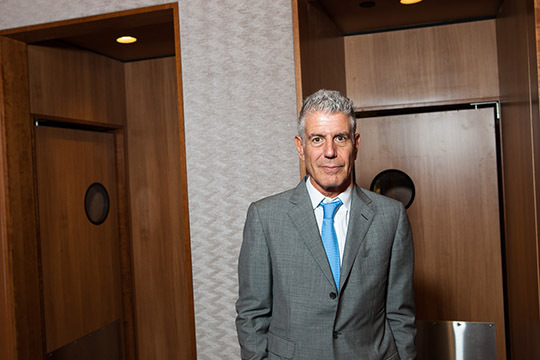 G: In the trailer for the Raw Craft series, you touch on the overuse of the word 'craft' in today's marketing lexicon that has cheapened the work of artisans and artists. After working with the craftsmen involved with the Balvenie Raw Craft program, what do you think the future of the craft movement is?

AB: Certainly the word 'handcrafted' gets thrown around a lot these days. In recent years, we've settled for less, we've forgotten what good things were. I feel like you can begin to tell the difference when you see those that chose to do things the old school way, the slow way, long way, the stupid way - the way that may not be the most profitable, commercial or efficient. Those are true craftsmen... There is no doubt for me, that if you can have it, you want the stuff where people have taken their time, paid attention to and personally care about how it was created. It is very important to me that these kinds of crafts continue into the future and we value artisans who make the decision to choose quality over quantity.

All photos by Brent Herrig.