With the September 28 launch of Parts Unknown series four on CNN, TV personality and chef Anthony Bourdain takes time out to talk to us about his unforgettable experience of filming in Tanzania and Zanzibar.

What drew you to film an episode of Parts Unknown in Tanzania and Zanzibar?

We've made shows in a lot of parts in Africa but we'd never really done the traditional safari, looking for those aspects of African landscape that's about large vistas and wildlife. We hadn't done that before.

What was your impression of the local food in each place?

The food in Zanzibar is very different to that of mainland Tanzania. Zanzibar has a lot of Arab, Persian and Indian influence, which makes the food spicy and quite interesting. It's coastal, as an island, and a former trade hub for spices. It has that mix of flavors and influences that's often really good for food. The mainland [Tanzania] is a little less varied, particularly the Maasai who we were hanging out with. They have a lot of raw meat, blood, yoghurt and not much else; they're pretty much on a 100 percent protein diet. The chief of the Maasai group hosted a meal in which we ripped a lamb open, drank its blood and ate its kidneys. 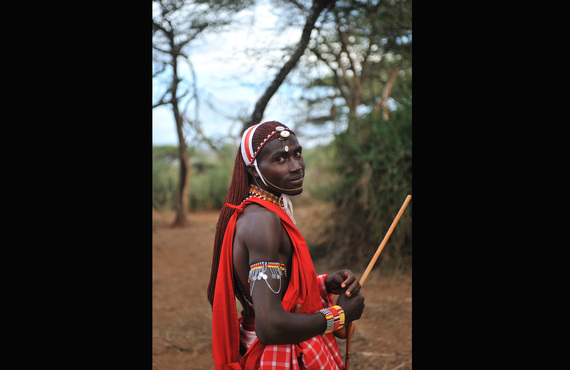 Have you ever struggled to eat anything you've been offered?

I always eat what's offered, as I think that's an essential part of what I do. You're not going to make any friends around the world by saying no to an offer of food, so I will always try what's offered. There are times when you just have to take one for the team.

While you were in Tanzania you stayed at Ngorongoro Crater Lodge. How was it?

It was very luxurious. The lodge is sort of the colonial dream of Africa; a real throwback to colonial times. You can go out in the Serengeti all day, looking at animals and bouncing around in a four-wheel-drive, and arrive back at the lodge to a hot bubble bath and a sherry in a nice glass. It's an experience you don't see much of elsewhere, and they have very good food there. 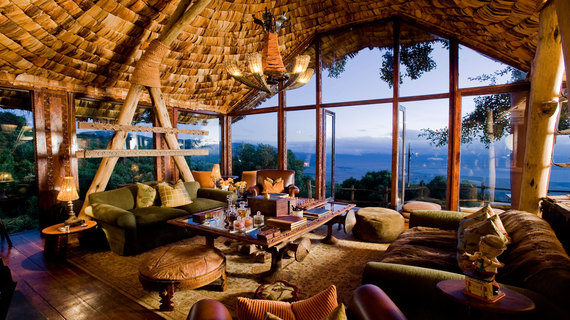 What's your most memorable moment from your time in that part of Africa?

The Maasai are pretty incredible and the meal we shared with them was very moving. I think people are going to be upset when they see it, let's put it that way.

You've met a lot of incredible people on your travels - who have you met that's made an especially lasting impression?

I've bumped into some pretty amazing people like Paul Bocuse, Bill Murray and Alice Cooper, and from this season Afrika Bambaataa and Kool Herc; the people who essentially invented hip-hop as we know it. 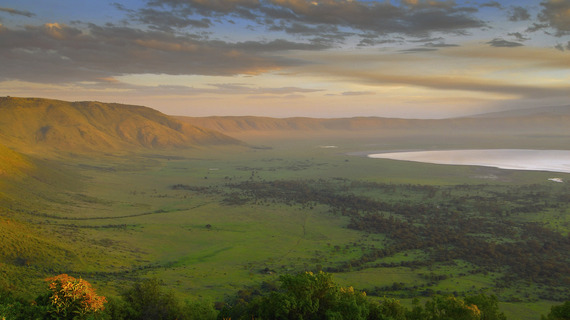 And where have the local people made a big impression on you?

We were filming in Libya not too long after Gaddafi was toppled and we were hanging out with a lot of young people who'd joined militias there and fought against Gaddafi. These were people with no military experience who'd fought a mechanized modern army with basically slingshots and improvised weapons. Many of them had been studying abroad when the war started and returned to Libya to fight. They were very kind to us. They kept us safe, fed us and looked after us. Their struggle and heroism made a real impression.

Where do you plan to go next in Africa?

I hope to go to Ethiopia this year. I'm interested in its culture and cuisine and I have a very good friend who's Ethiopian. It's always good to have a friend with a close association and personal history in a country, so we're going to take a very personal look at that place. 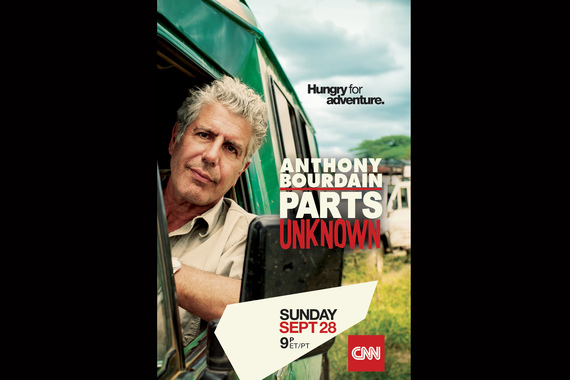