"I think later in his years, he could have retired because some of the films became terrible," Hopkins told HuffPost Entertainment in a recent interview. For the record, Hopkins prefers Hitchcock's fertile period between 1954 and 1960, when the director produced "Rear Window," "Vertigo," "North By Northwest" and "Psycho." That last film is at the center of Hopkins' newest effort, appropriately titled "Hitchcock." Directed by Sacha Gervasi ("Anvil: The Story of Anvil"), "Hitchcock" focuses on the making of "Psycho," as well as the relationship Hitchcock had with his wife, Alma Reville. Hopkins plays Hitch in the film, transforming his features and voice to embody the oft-imitated director; fellow acting legend Helen Mirren plays Reville.

"She was exactly what I expected," Hopkins said about his co-star. "Very professional, friendly, very good. Excellent actress. No-nonsense."

Neither is Hopkins, which is why it wasn't that surprising to hear the Oscar-winning star rail against both Method acting and the dog-and-pony show known as awards season.

You've played historical figures before. Did you have any apprehension about taking on another real-life character? Initially, yes, I did. I had apprehension all the way through the movie. I had done all my preparation, but being a perfectionist I wanted to make sure it was absolutely right. But Sacha said, "You're not Alfred Hitchcock, you're Anthony Hopkins playing him." I said, "Yeah, I know." But I wouldn't even look at the monitor screens [during production]. I didn't want to see myself or hear myself. I had done enough preparation to do the part.

What was the most difficult part of preparation? I think getting the makeup right was the first one. It wasn't difficult in itself, but we did about four or five camera tests to modify to make sure there wasn't too much makeup. Getting the voice right, too. I watched a lot of "Alfred Hitchcock Presents" on television.

Did you ever meet Alfred Hitchcock before he died? I did in West Hollywood. My agent took me to this restaurant one day and said, "There's Alfred Hitchcock down there." I said, "Oh, God. Can I meet him?" Hitchcock had just gotten his knighthood, so we're walking past him and my agent said, "Good afternoon, Sir Alfred." He said, "Hello. How are you?" He said, "This is my client Anthony Hopkins." Hitchcock said [to me], "Charmed, I'm sure."

Sacha is a first-time feature director. Did he have to do anything to earn your trust? No, he got my trust. I did the movie, principally, because he didn't have any experience. I thought it would be a good challenge. He had such enthusiasm and he's obviously a very bright young man. He was obsessed with this film and he wanted me to do it, desperately. Then Tom Pollock, the head producer, joined us at lunch and he said, "Tony, we want you to do this, we hope you say yes." I said, "Well, if these guys believe in me, I may as well believe in myself." So, off we went with it.

A lot has been made about how the cast of "Lincoln" mostly stayed in character during that film's production. Is that something you like to do? No, I don't. There's no such thing. Well, you can do it if you want, but I don't go along with being called "Mr. Hitchcock." I think that's a lot of crap. I just don't understand that. If actors want to do that, fine. If they want to be miserable, that's up to them. I'm not interested. It's a job. I do the job. I'm certainly not going to make my life miserable just to be a character.

I imagine you'd make people around you miserable as well. Well, yes! It's a pain in the ass. Who the hell wants to be with some miserable grump because he wants to get his performance right, so you have to call him this or call him that? It's so boring. I've been with actors like that and they're a pain in the ass, they really are. They're unpleasant to work with and I don't think they're always that good either. I've worked with some awkward customers, fortunately not too many. I go out of my way never to work with them again.

A big part of "Hitchcock" deals with the fact that people thought he was too old and should consider retirement after "North by Northwest" came out. Do you ever think about when you'd want to retire? No, I don't ever want to retire. I did a few years ago. I didn't actually plan it, but I thought, "Maybe I should just slow down and call it a day." My wife said to me, "You do that, you will die. You can't retire. It's your work, it's your life. You love working." When men retire -- particularly men -- if they get out too early, they usually die of stress or loneliness or they drink too much or their hearts give out. I think a certain amount of stress in life is good. The stress of just working, which takes effort -- I think it keeps you going.

This film has a good amount of Oscar buzz. What do you think of awards season? Has it got a lot of Oscar buzz? I hadn't heard that.

I think it does. For you as Best Actor; for Helen as Best Actress. Quite honestly, my agent phoned me and said, "Tony, you've got to get to New York because there's talk of this and that." I said, "I can't go to New York because I'm doing two films here. I'm working again on Monday, I was working Friday; I can't possibly get to New York." He said, "Well, you've got to try and get out of it." I said, "No, I'm working with this film company." In a way, I'm sort of relieved that I don't have to get embroiled in all this publicity face to face. Because, (a) I can't do it, and (b) it makes no difference. You know, I've been around -- I've got the Oscar myself for "Silence of the Lambs" -- and having to be nice to people and to be charming and flirting with them ... oh, come on! People go out of their way to flatter the nominating body and I think it's kind of disgusting. That's always been against my nature.

You're not alone; more and more, it seems like a lot of actors want the work to speak for itself. I do, too. You know, kissing the backside of the authorities that can make or break it; I can't stand all that. I find it nauseating to watch and I think it's disgusting to behold. People groveling around and kissing the backsides of famous producers and all that. It makes me want to throw up, it really does. It's sick-making. I've seen it so many times. I saw it fairly recently, last year. Some great producer-mogul and everyone kisses this guy's backside. I think, "What are they doing? Don't they have any self respect?" I wanted to say, "Fuck off." 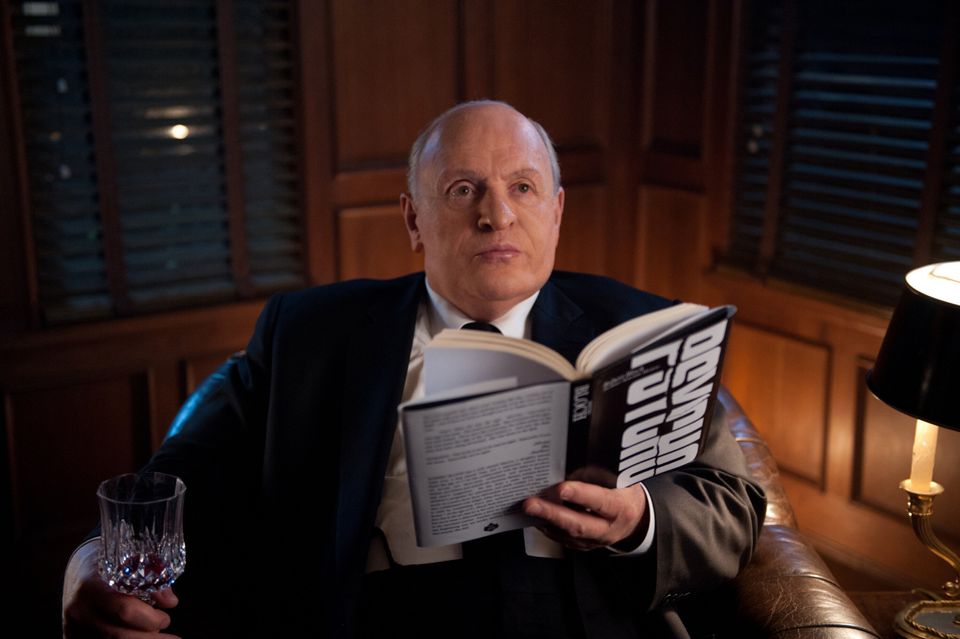