It was a low blow.

Anthony Watts, the Australian rugby player who bit an opponent's penis during play earlier this month, received an eight-game suspension after being found guilty of a contrary conduct charge in a league hearing Tuesday, according to the Guardian.

Watts, of the Tugun Seahawks, denied that any genital biting occurred, but league officials saw it differently. In footage of the incident, the player grabs his crotch in pain after Watts makes contact. Watts then pummels the player as he tries to get away. 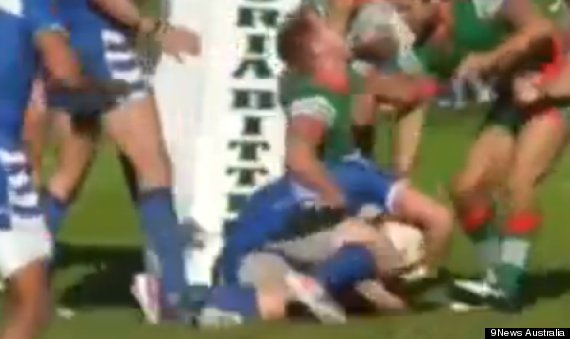 "What's on the field stays on the field, but I think this has gone a bit beyond that," Peter Rigney, spokesman for the Bilambil Jets, told 9News Australia.

The opposing player who made the accusations dropped trou in front of referees to show them the damage to his junk, but no official complaint was made.

Referees inspected a player's penis after he claimed Anthony Watts bit him during play Sept. 1

9News reported that the Watts' affiliation with an outlaw biker gang prevented the player from filing an official complaint with the league.

Earlier in September, Watts received a one-game suspension for an illegal hit.