Embattled Rep. Anthony Weiner (D-N.Y.) is resigning, sources confirmed to The Huffington Post on Thursday morning, as calls from Democrats for him to step down rose steadily since news broke last month that he had mistakenly tweeted a photo of his crotch to a 21-year old college student in Seattle.

The congressman had already announced he would be taking a two-week leave from the House for rehab. The combination of family pressure and personal embarrassment apparently became too big a hurdle to overcome. It was recently reported that his wife, Huma Abedin, is pregnant with the pair's first child.

On June 6, Weiner admitted that he had had ongoing online relationships with six women, and said that he talked to his wife about ones that predated their wedding last summer.

Here are the women: 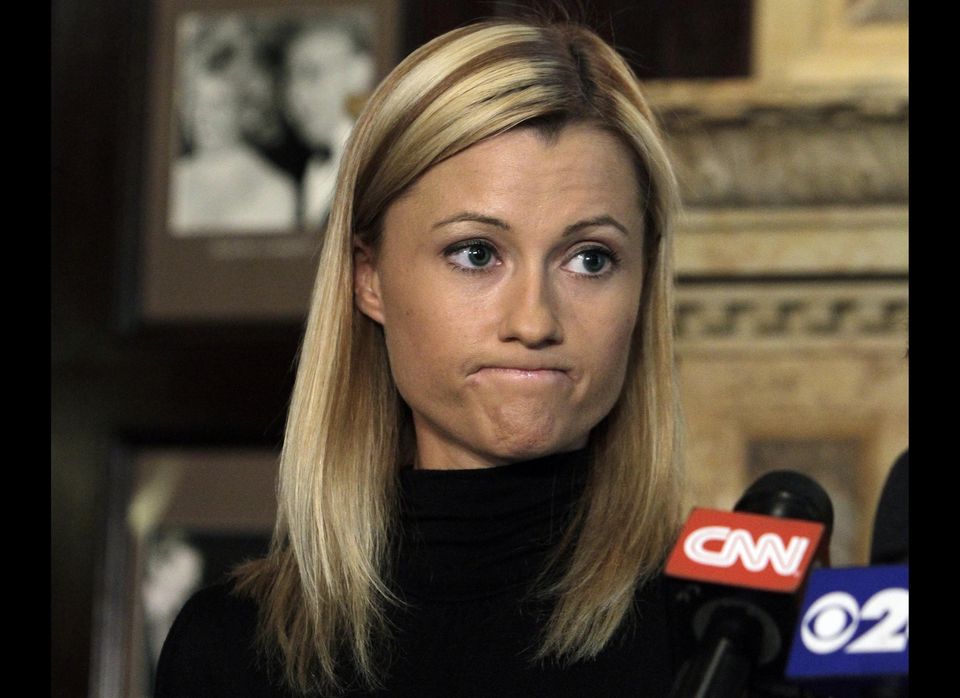 1 / 6
Ginger Lee
When Lee's name first appeared in connection to Weiner -- Lee tweeted on March 13 that Weiner had sent her a direct message on Twitter -- both she and the congressman dismissed any notion that they had a relationship. "This is another person who I -- has gotten dragged into this for no reason other than she was following me and asked to be followed by me," Weiner told CNN's Wolf Blitzer on June 1, as he sought to keep the lid on the scandal. "I think what this is about is a fairly pro forma thing that goes out that I send out to people as I follow them." But on Wednesday, the former porn star appeared at a press conference in New York to <a href="https://www.huffpost.com/entry/ginger-lee-anthony-weiner_n_877372" target="_hplink">set the record straight</a>. She and Weiner exchanged approximately 100 emails starting in March, but she says that while his messages to her were at times inappropriate, she did not encourage his lewd behavior. "I did not sext Anthony Weiner," Lee said in a statement. "I did not send photos to him or receive photos from him. Any time he would take conversations in a sexual direction, I would not reciprocate." Lee said that when the scandal broke, she emailed Weiner for advice on how to handle the media scrutiny, but eventually decided that his request that she deny any relationship with him crossed the line. "He asked me to lie about our communication," Lee said on Wednesday. "I think that Anthony Weiner should resign, because he lied to the public and the press for more than a week," Lee concluded.