There is a movement afoot to humanize environmental issues, to address them from an anthropological, or human, perspective. Biodiversity loss and the ongoing sixth extinction are particularly closely related to human perception, psychology, physiology, culture, political and economic systems, and human evolution. According to paleontologist Dr. Niles Eldredge at the American Museum of Natural History, the Earth is suffering a massive loss of species equal to and possibly greater than previous mass extinctions in our geologic past. This sixth extinction, unlike previous extinctions, is caused by one species: humans. We are destroying ecosystems, over-exploiting other species and natural resources, overpopulating, using too much land for agriculture, polluting, and over-consuming unnecessary goods. 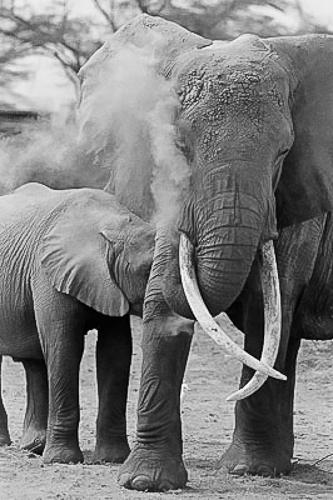 In pointing out that wildlife trafficking is not only bad for wildlife but also bad for people, Clinton hopes to create conditions in which people are held responsible, personally, socio-culturally, nationally, and globally, for other species and the biosphere that we all, human and non-humans, depend upon. Clinton made it clear that the human connection to other species is critically important and that she is building a coalition of groups and peoples to specifically address wildlife trafficking:

"So I think we have to look at this in a comprehensive, holistic way. And there's something for everybody. If you love animals, if you want to see a more secure world, if you want our economy not to be corrupted globally by this kind of illicit behavior, there is so much we can do together. After all, the world's wildlife... It cannot be manufactured. And once it's gone, it cannot be replenished." 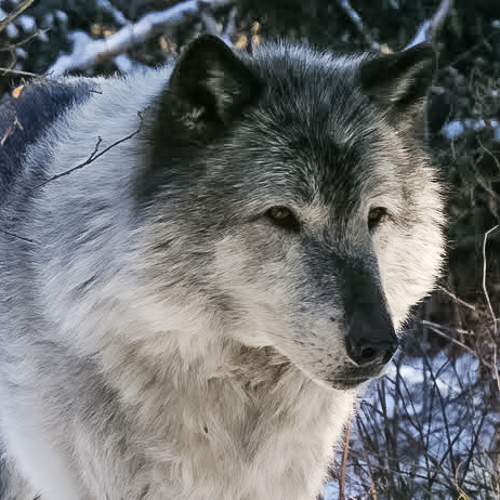 Will Clinton's inclusive perception engage anthropologists and help us use our expertise to address current important environmental issues, which are after all human issues? Recently, for example, anthropologist Jami Wright wrote her thesis on the anthropology of wolf reintroduction in the American West. And in 2008 Paul A. Murtaugh and Michael G. Schlax, two statisticians at Oregon State University, researched and created the concept of "carbon legacy" to describe the effects of reproduction and consumption on people's carbon footprints:

"Much attention has been paid to the ways that people's home energy use, travel, food choices and other routine activities affect their emissions of carbon dioxide and, ultimately, their contributions to global warming... The summed emissions of a person's descendants, weighted by their relatedness to him, may far exceed the lifetime emissions produced by the original parent. Under current conditions in the United States, for example, each child adds about 9441 metric tons of carbon dioxide to the carbon legacy of an average female, which is 5.7 times her lifetime emissions. A person's reproductive choices must be considered along with his day-to-day activities when assessing his ultimate impact on the global environment."

In 2010, at the American Anthropological Association's meeting, archaeologist Dr. Jerry Sabloff, president of the Santa Fe Institute, said, "Our motto shouldn't be 'publish or perish, but rather, public or perish.'" He went on to point out that anthropologists need to be involved in global issues, in policy, and need to reach out to the media and learn to use it effectively. 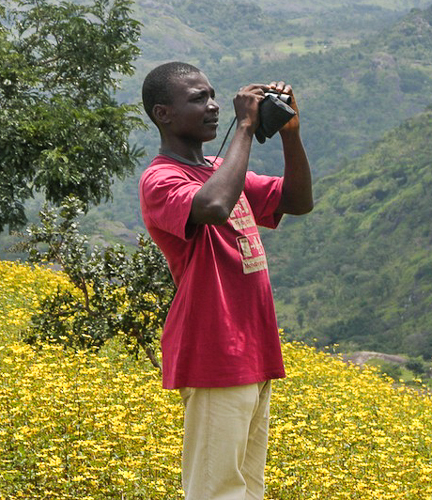 As Bala Dada, who created a program to provide environmentally sustainable information and communication to local villagers, said upon returning to his home village of Kagora in Nigeria:

"Driving along the twisty dipping roads is not the same anymore and will never be, not in my lifetime, at least. Gone are the massive trees that formed a canopy over the road, gone are the monkeys scurrying across the road. Gone is the way of life of a people, gone are the dreams and memories of many generations."

Tara Waters Lumpkin is president of the nonprofit Perception International. She founded its project Izilwane to explore, with the help of others, how human beings can shift their perceptions so as to learn to co-exist with other species and nature. In addition, she is an environmental and medical anthropologist who has worked as an international development consultant. Prior to international aid work, she was an environmental journalist and professor of writing and media.

Photos courtesy of: Elephants by Cyril Christo and Marie Wilkinson who are gathering support for a film on the future of the elephant called The Last Stand of the African Elephant, Wolf by Jami Wright who studies wolf-human relationships, and Bala Dada by Bala Dada who is a sustainable technology professional based in NIgeria.