A full-page attack ad against President Barack Obama featuring several false statements ran in a number of newspapers on Sunday, including the Sarasota Herald-Tribune.

The Tampa Bay Times first posted on the ad, which claims Obama "will move America to force Christian organizations to pay for abortions" and "force all states to permit same-sex marriages." The ad also makes false statements about "Islamic Sharia Law," undocumented immigrants and Occupy protesters. 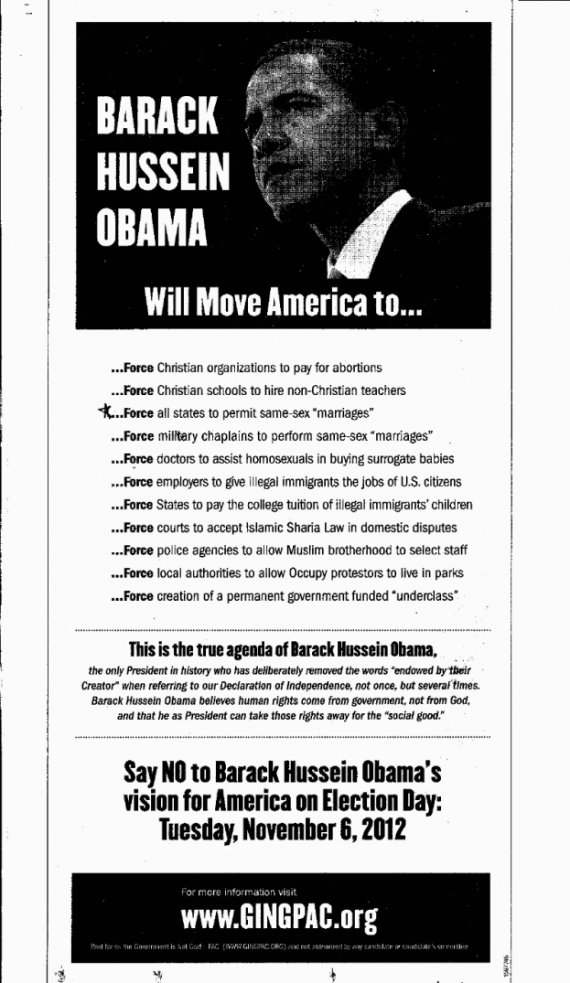 Click here for more from the Tampa Bay Times, including a full list of newspapers that ran the ad.