A respected German daily newspaper, Süddeutsche Zeitung, has provoked outrage after publishing a cartoon of Facebook founder Mark Zuckerberg which was "drawn in the style of the worst anti-Semitic caricatures: Adorned with a greedy fish-lipped mouth and a long hooked nose under a hat emblazoned with Facebook’s logo and a fringe of Zuckerbergian curls," according to Tablet Magazine. The cartoon referenced Facebook's recent purchase of WhatsApp, and was titled "Krake Facebook." 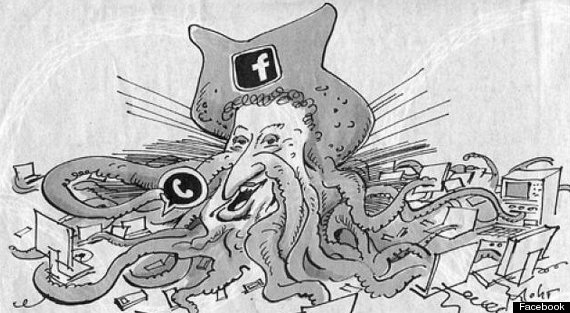 The newspaper quickly apologized on Twitter, but public condemnation continued, particularly as the SZ came under fire less than a year ago for another caricature which was seen as anti-Semitic. 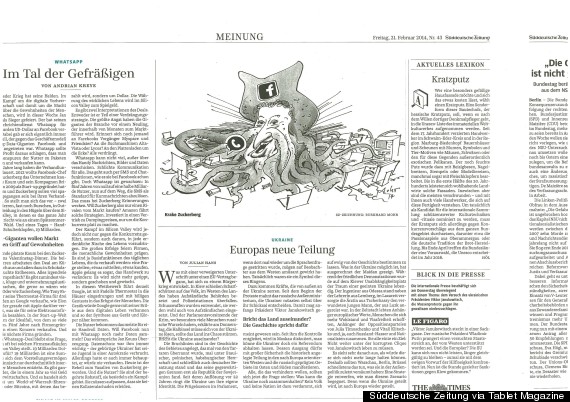 Efraim Zuroff of the Simon Wiesenthal Center told The Jerusalem Post on Monday that the image is "is starkly reminiscent of a 1938 Nazi cartoon depicting Winston Churchill as a Jewish octopus encircling the globe. And if anyone has any doubts about the anti-Semitic dimension of the cartoon, we can point to Mark Zuckerberg’s very prominent nose, which is not the case in real life. Absolutely disgusting!”

The cartoonist, Burkhard Mohr, was surprised by the reaction to his drawing, and said in an email to the Jerusalem Post that he was "shocked" that it was interpreted in such a way. He said that those that know him and his work understand that "it is the last thing I would do, to defame people because of their nationality, religious view or origin.” He also said that "Anti-Semitism and racism are ideologies which are totally foreign to me.”

Mohr said he meant to show "a cartoon depiction of the company Facebook beyond a specific person," and explained that the image shows Facebook's purchase of WhatsApp and “is a combination of an octopus from the film the Pirates of Caribbean.” He regrets the publication of the image, and wrote "I am sorry that it led to this misunderstanding and hurt the feelings of some readers.”

The cartoon appeared in the early print editions of SZ on Friday. Later publications replaced the controversial image with an empty hole where Zuckerberg's face had appeared, according to Vos Iz Neias. 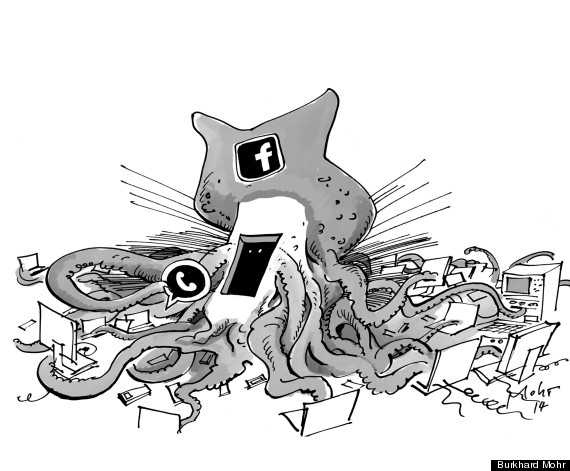