U.S. civil rights activists kicked off a week of protests ahead of Donald Trump’s presidential inauguration with a march in Washington on Saturday, vowing to keep fighting for equality and justice under the upcoming administration.

Chanting “no justice, no peace,” a few thousand protesters headed by the Rev. Al Sharpton marched along the National Mall toward the Martin Luther King Jr. Memorial, about two miles (3 km) from the steps of the U.S. Capitol, where Trump will be sworn in as president on Friday.

Pre-march speakers denounced Trump to protesters, who braved drizzle and temperatures just above freezing to show their support for minority rights and President Barack Obama’s signature healthcare law, which Trump has vowed to dismantle.

“We stand together, not as a people of hate, but as a people of hope,” said Charley Hames Jr., president of the Oakland, California, chapter of Sharpton’s National Action Network. “We believe this march is the first of many.”

Trump, a New York real estate developer, won with a populist platform that included promises to build a wall along the Mexican border and restrict immigration from Muslim countries. He also promised to crack down on companies moving jobs out of the United States.

Trump’s disparaging comments about immigrants and women and stance against Obama’s healthcare law have drawn the anger of many on the left, who plan a series of protests.

“He’s a clown,” said marcher Ken Coopwood Jr., 17, of Washington. “I think he’s not going to care about much, unless it’s personal.”

Civil rights groups including the National Association for the Advancement of Colored People and the National Council of La Raza, as well as Democratic lawmakers had all said they would take part in Saturday’s march.

The march began hours after Trump blasted U.S. Representative John Lewis after the Georgia Democrat and civil rights campaigner said he did not see Trump as a legitimate president.

Lewis told NBC News in an interview for Sunday’s “Meet the Press” that he believed Russia’s alleged hacking aimed at helping Trump put his legitimacy into question.

Trump replied on Twitter on Saturday that Lewis should focus instead on his Atlanta district. “All talk, talk, talk - no action or results! Sad!,” he wrote.

About 30 groups, almost all of them anti-Trump, have gotten permits to protest before, during and after the inauguration. Thousands of demonstrators also have vowed to shut down the inauguration, including by closing off security checkpoints along the inaugural parade route. 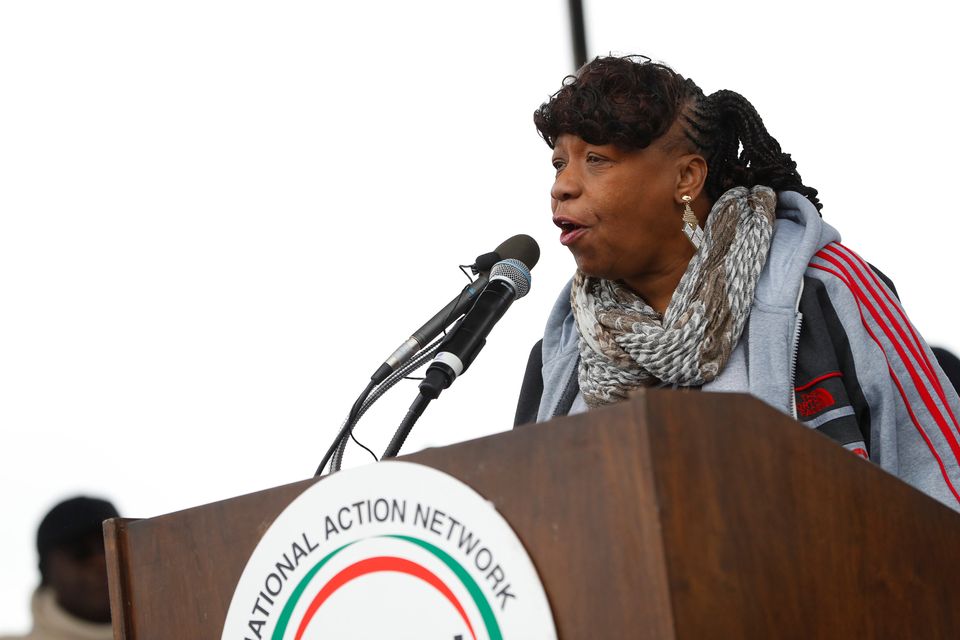