If you've ever had kids in preschool or daycare, you know they're going to get sick. In those early years, kids are still learning about personal hygiene and germs spread fast. So we do our best to keep schools clean while we teach our kids how to cover their sneezes, wash their hands, wipe their noses and learn the good sanitation habits that will keep them healthy. If they get sick, we treat them.

What we don't do is put antibiotics in their morning cereal to ward off disease. 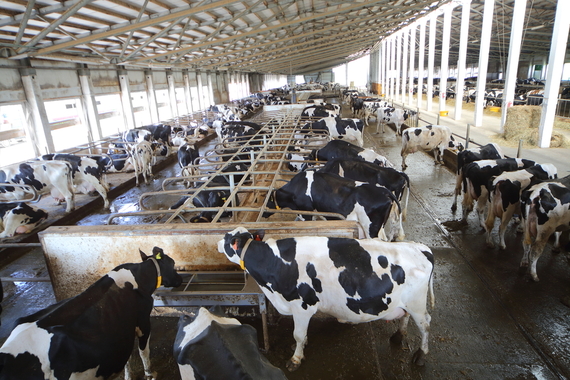 Yet this is exactly how we raise food animals. The industrial animal factories that produce most of our meat and poultry are overcrowded and unsanitary, and often keep animals in close contact with their waste. Instead of using good sanitation to prevent disease, operators routinely put antibiotics in the animals' feed or water. The more often bacteria are exposed to antibiotics, the more opportunities they have to evolve resistance to the drugs. So routine antibiotic use encourages the growth of antibiotic-resistant bacteria, which can escape farms and cause deadly infections in humans. In 2013, the CDC published a report showing that at least 23,000 people die each year in the United States from antibiotic-resistant infections.

Earthjustice, along with several other organizations, recently filed a petition calling on the Food and Drug Administration (FDA) to stop antibiotic abuse in the livestock industry.

FDA scientists reported on the risks of this practice decades ago, yet the agency has failed to crack down on the abuse of life-saving medicines on industrial animal farms. More than 70 percent of all medically important antibiotics sold in the United States are sold to the livestock industry. Recent data suggests that even though the FDA, under legal pressure, has started a voluntary program to limit antibiotic use in livestock, the amount of drugs used per animal has increased.

When we give more antibiotics to animals than to our own children, that puts our kids' lives at risk. It seems crazy to risk losing the effectiveness of one of our most important inventions--antibiotics--simply because we don't want to make animal factories clean up.

We know that cleanup helps. When Denmark banned certain uses of antibiotics, farmers reported that small changes, such as increased space, improved ventilation and more frequent cleaning made up for the lack of routine antibiotic use. The Danish hog industry suffered no ill effects as a result of the ban.

In the United States, livestock farmers who avoid antibiotics tend to run the kind of farms we recognize from nursery rhymes--with some pigs and a cow and a few chickens--rather than an industrial feedlot crammed with just one species. Small, diverse farms like these can also revive rural economies and avoid the intense pollution associated with industrial farming by creating less waste and using fewer chemicals.

Researchers at Iowa State University analyzed what might happen to the U.S. pork market if we followed the example of Denmark. The end result? A possible 2 percent increase in the retail price of pork. That difference is no greater than the price variation you might see from store to store.

(Fertile Grounds is a blog series that examines the challenges and opportunities in ensuring access to healthy, sustainable and affordable food for all. We talk about the entire lifecycle of food--from seed selection and planting to consumption and disposal--because there is potential for improvement throughout. We're informed by the expertise of our many clients and allies and by Earthjustice's years of work to ban harmful pesticides, encourage sustainable farming methods, reduce pollution, support farmworker justice and promote a healthy relationship between farmers and communities.)