Since sponge divers discovered it in 1900, the ancient Antikythera shipwreck -- a massive Greek vessel that sank more than 2,000 years ago in the Aegean Sea -- has captivated archaeologists. Located 180 feet below the surface near the island of Antikythera, the wreck has given up all manner of treasures over the years, including bronze and marble statues and the so-called Antikythera Mechanism, a strange clocklike device brought up in 1901 that some call the world’s oldest "computer."

Now, an international team of divers and archaeologists, using a cutting-edge metal suit known as the "Exosuit," say they’ve discovered that the wreck is much bigger and even more impressive than anyone realized.

"The evidence shows this is the largest ancient shipwreck ever discovered," Brendan Foley, a Woods Hole Oceanographic Institution archaeologist who participated in the recent excavation effort, said in a written statement. "It's the Titanic of the ancient world."

In addition to giving the new assessment of the ship's size, the team brought up several new artifacts including tableware and an enormous bronze spear, pictured below, that’s believed to have been part of a giant statue.

The finds indicate that much of the ship’s cargo is still preserved beneath the sediment, according to the statement.

The vessel is believed to have been carrying tons of treasure from Asia Minor when it went down some time between 70 and 60 B.C. 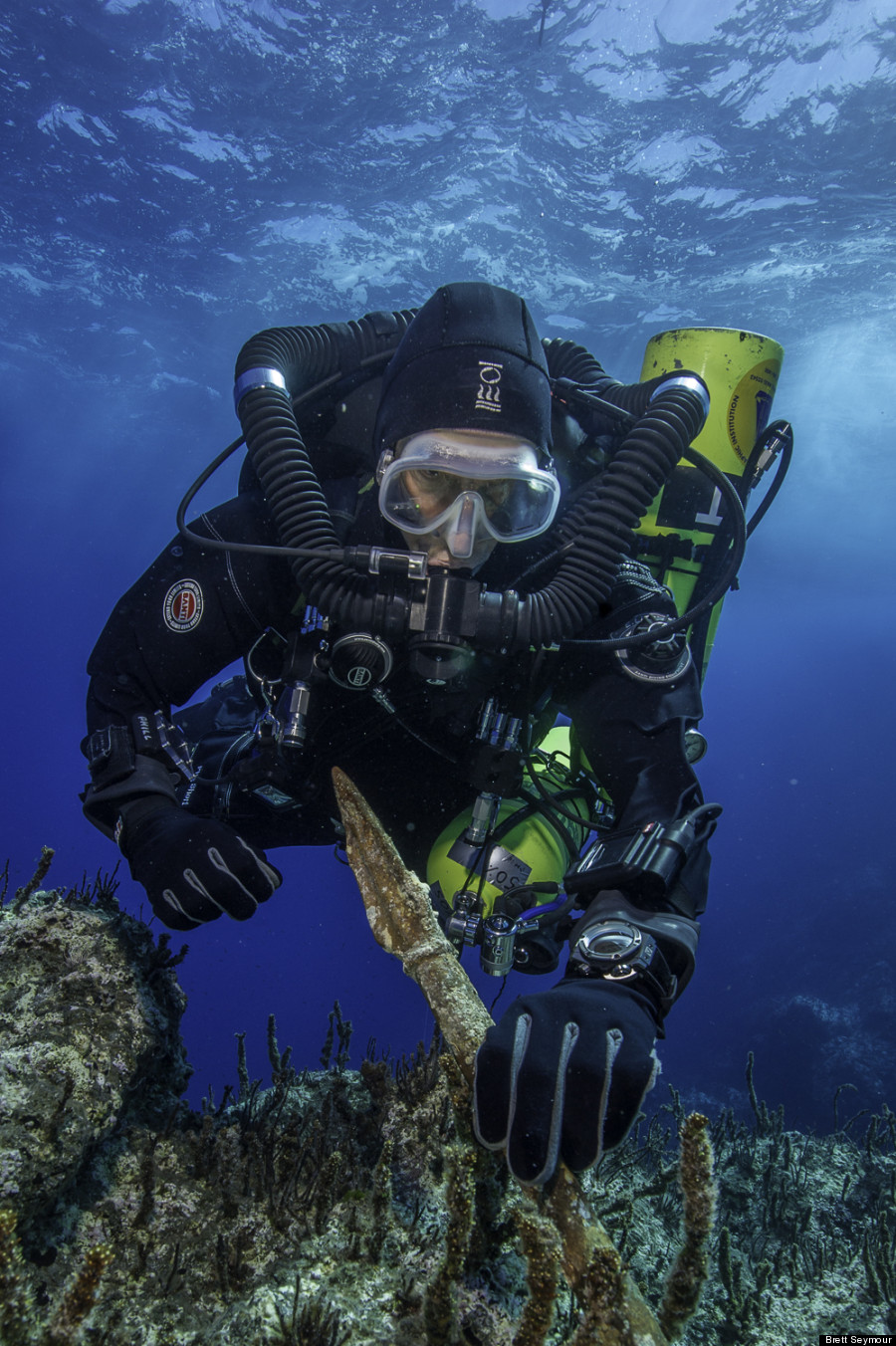 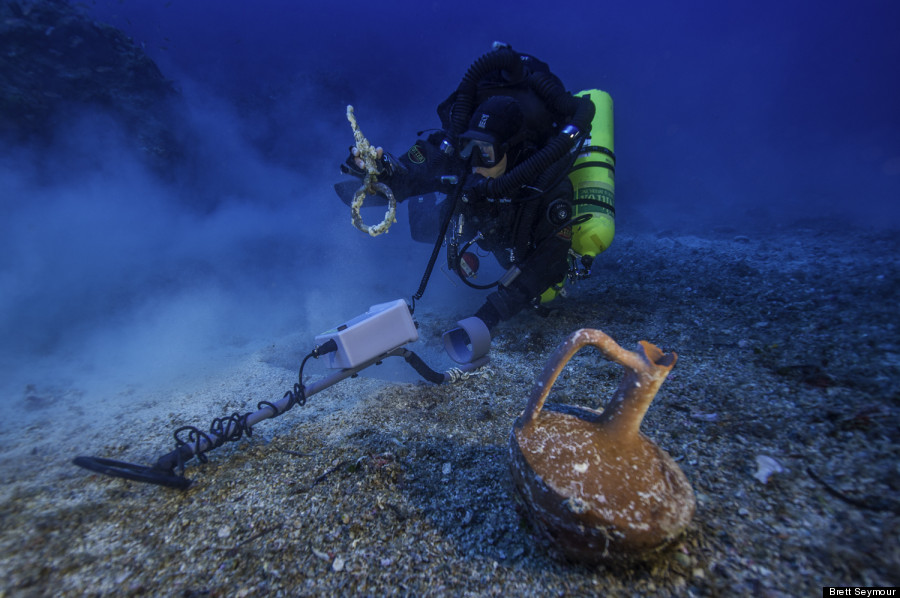 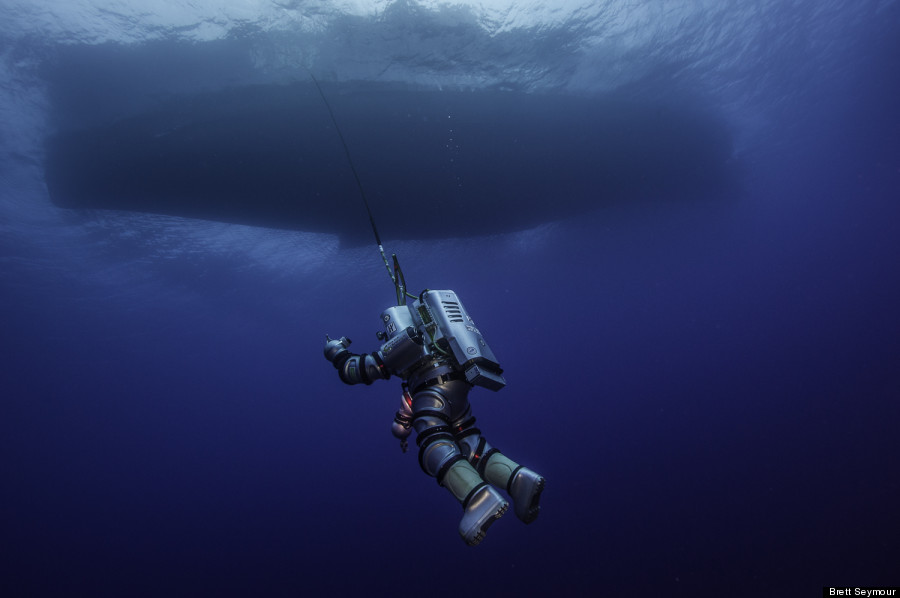 Diver Edward O'Brien "spacewalks" in a jointed metal suit known as the Exosuit, which is designed to allow divers to plunge comfortably to depths of 1,000 feet.