Those who undergo cataract extraction are usually stunned by what they experience in the two days immediately following their surgery. Images that once seemed blurry and dim (as if looking through a frosted window) take on a clear, crisp boldness. Colors are suddenly so much more intense that the transition becomes an exhilarating and revelatory moment in their lives.

Just as ophthalmologic surgeons implant an intraocular lens into a patient's eye to replace a damaged natural lens, filmmakers allow audiences to view life through new lenses that can refocus and clarify their understanding of the world in which they live. When the luxurious splendor of a cinematographer's work surpasses a filmmaker's artistic vision, the results can be breathtaking.

Two movies recently screened for local audiences were marked by their physical beauty, their filmmaker's ability to "think outside the box," and the leisurely grace with which their stories unfurled. Neither film was designed to compete with Hollywood's blockbusters. And yet, in their own peculiar way, each film has a clarity of concept that larger films often lack -- and that might be best appreciated by a niche audience.

As I sat watching a screener from the San Francisco International Film Festival for ¡Vivan las Antipodas! I found myself becoming almost giddy with awe. Imagine a narrative-free documentary in which the anthropological depth and natural beauty of a film that might have been created for the National Geographic Channel is combined with the subversive anti-gravitational thrill of a carnival ride. Then fasten your seatbelt and settle back to enjoy a grand cinematic adventure. 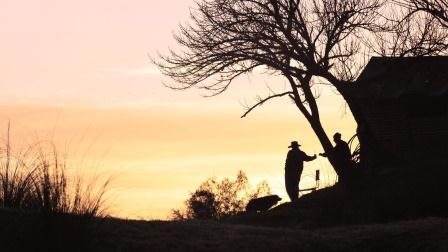 Many a child has wondered what he might find if he dug a hole straight through to the other side of the Earth. Some have even tried standing on their heads to see what their lives would look like if lived "upside down."

Director Victor Kossakovsky has followed through on this fantasy by contrasting the geographic and cultural landscapes found in four sets of antipodes. The lethargy and ennui of a tiny enclave in the province of Entre Rios, Argentina offers a shocking contrast to the manic pace of life in Shanghai, China. 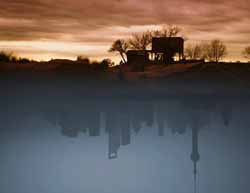 The skylines of two antipodes

Strange rock formations in Spain capture the camera's imagination while, on the other side of the planet, New Zealanders carve up a beached whale with chainsaws so they can use a tractor to drag its carrion across the beach to a newly bull-dozed grave. 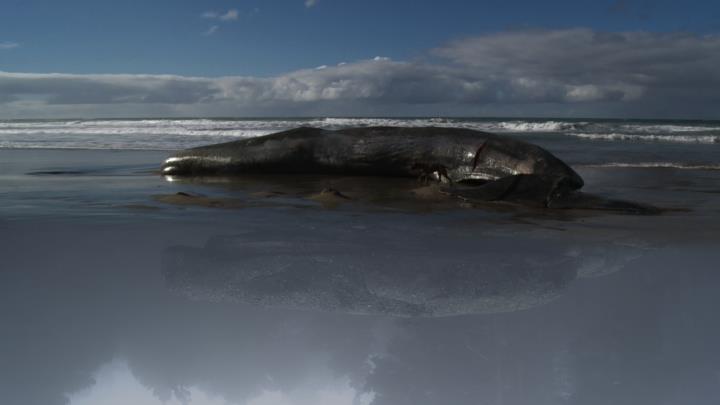 A dead whale lies on a New Zealand beach

Whether focusing on the elephants, giraffes, hippopotami, and lions near a dusty village in Botswana or the red-hot lava erupting from the famed Kilauea volcano on the big island of Hawaii, Kossakovsky's camera finds rare moments of natural beauty while teasing the audience with music from each location's antipode. He also uses his imagination to anchor visuals from two antipodes along a horizontal axis and then rotate his camera until the audience finds itself on the other side of the planet. 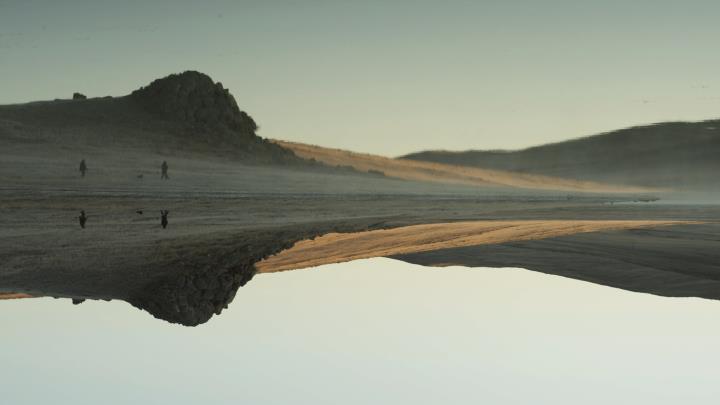 A landscape's reflection is caught in the surface of a lake

¡Vivan las Antipodas! has a rare cinematic beauty which is thrillingly brought to life by Alexander Popov's magnificent score. It is one of the few films I've ever watched where, as the final credits appeared, I gasped with the realization that even the last note of music had been perfectly chosen. Here's the trailer:

Written and directed by Richard LeMay, Naked As We Came gives new meaning to the old question "Am I my brother's keeper?" As demonstrated in his previous films (Whirlwind, Children of God), LeMay likes to take his time unraveling a snarled web of relationships to guide viewers to a hidden and perhaps taboo truth. 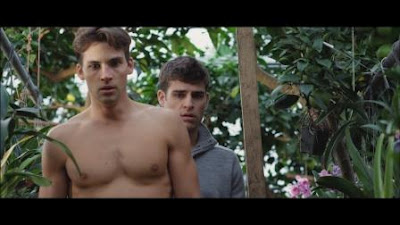 Naked As We Came is no exception, focusing on a handful of severely conflicted characters: 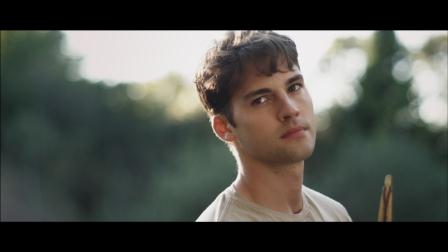 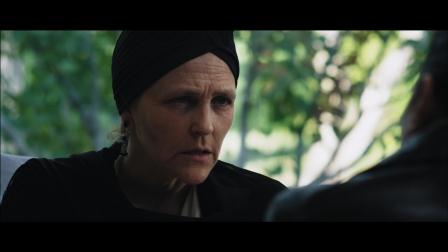 Lué McWilliams is the dying Lilly

From the opening of the film, there is no question that Lilly is about to die. Whether or not she can clean up any of the mess she made as a wife, mother, and lover remains to be seen. Her closeness to Ted instantly raises Laura's hackles. To make matters worse, Laura discovers that Ted and Elliot spent the night together after the two siblings arrived from New York City.

Filled with bitter recriminations, wounded egos, and conflicting memories, there are many moments in which Naked As We Came seems like it could deteriorate into a really cheesy movie of the week. However, thanks to the potent combination of Vitaly Bokser's sumptuous cinematography, the original musical score by Adonis Tsilimparis, Richard LeMay's angry script, and his sensitive direction of an extremely tight ensemble, the film shines with an unexpected candor.

Whether or not the ending comes as a surprise really doesn't matter. Naked As We Came is a class act (with plenty of eye candy) that revels in some rather remarkable plot twists. Here's the trailer: