What do Benjamin Franklin and AMC President and CEO Josh Sapan have in common? The two men share an affinity for lightning rods, the former being the inventor of the peculiar electrical conductor and the latter being an avid collector who has amassed a collection of over 100 antique finials.

Sapan began collecting Franklin's invention seven years ago after having read a biography of the noted scientist by author Walter Issacson. "I bought one and I thought it was a rare object of beauty," Sapan told The Huffington Post during a phone interview. "I thought they combined elements of folk art, design and color with, of course, early science." Interview continues after the slideshow.

In fact, the network head was so taken by the striking antiques that he went on to search high and low in search of the wild metallic sculptures, which he characterizes as "little pieces of a Rube Goldberg machine". The more he collected, the more he learned about the huckster history of the lightning rod, manufactured by various companies piecemeal and sold by door-to-door salesmen who referred to themselves as professors. "It's a rural American story," Sapan explained, "telling elements of a commerce of a different time."

Sapan's impressive collection is currently housed in Philadelphia's Franklin Institute, which is presenting the array of lightning rods today, on the anniversary of Benjamin Franklin's birth. Let us know what you think of Franklin's legacy and lightning rod art in the comments section below. 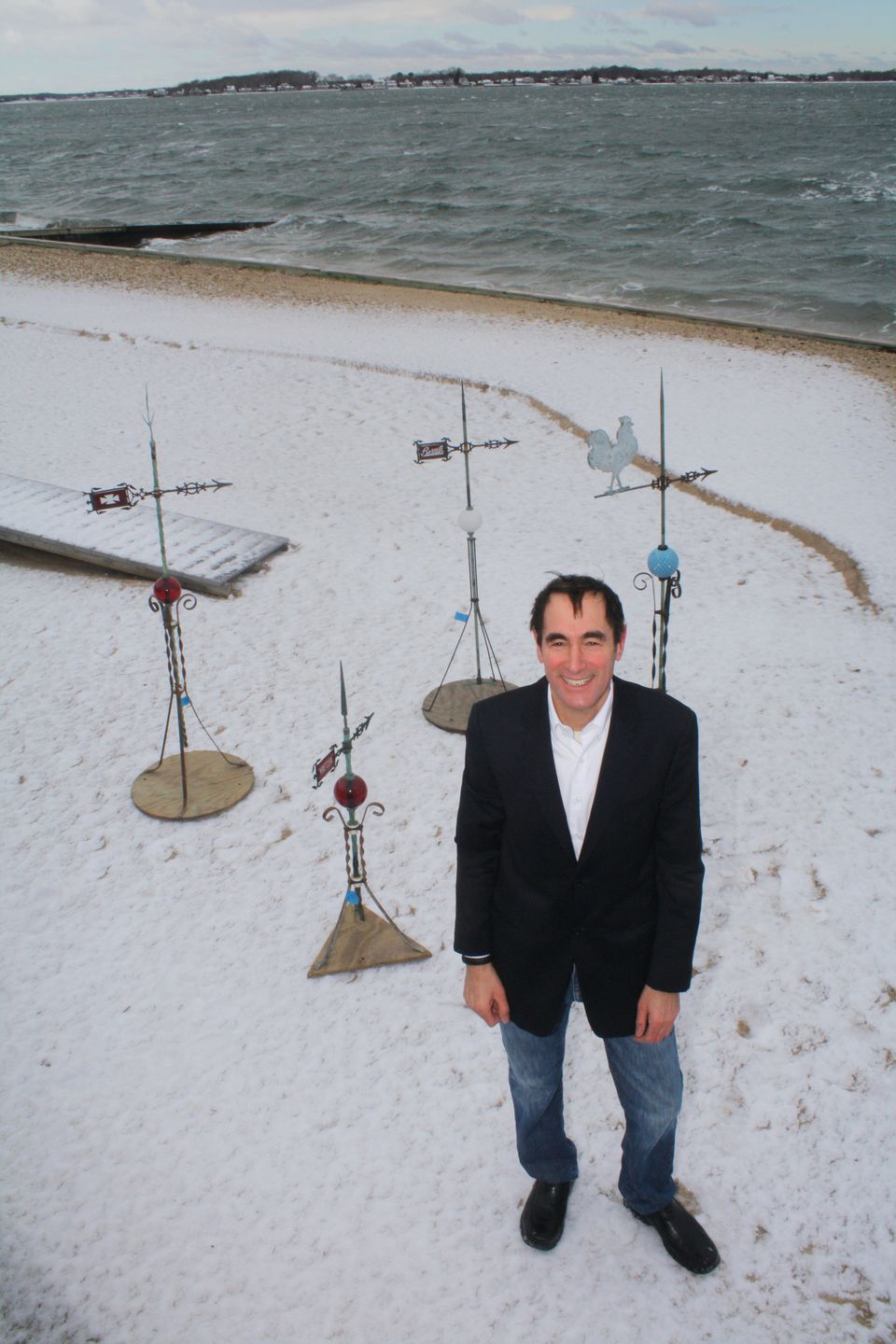