I met Antonia Crane when I was putting together an anthology I did about sex work & sex workers. From our first correspondence it was clear she was smart, articulate, funny, talented, ballsy and didn't take herself too seriously. I knew she had a book in her. Now the book is out of her and into the world. It's called Spent, and I'm happy to say it's smart, articulate, funny, talented, ballsy and didn't take itself too seriously. So I thought I'd pick her brain about sex, money, work, stripping and moms. 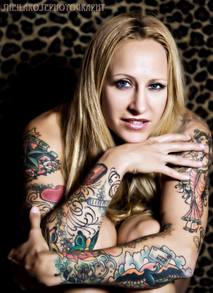 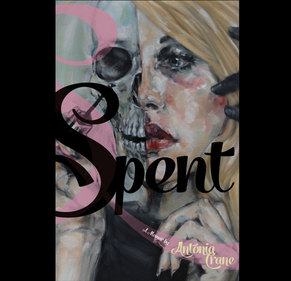 David Henry Sterry: I noticed that a lot of pieces in your new memoir Spent were published in other places first. How did that happen? Did it help you become a better writer? Did it help you get your book published?

Antonia Crane: I started writing nonfiction in grad school about being a sex worker and raging about my mother's death. I was grieving. I was doing sex work. I have been braiding those two narratives for a while and that texture/tone became the basis for my book. The first great thing that happened was I pitched a column to Stephen Elliott for The Rumpus and he said Yes. Stephen is a Yes man. He seems like he wouldn't be -- but he is such an energy source: an innovator and loves fresh ideas and voices. I sent out essays to a gazillion places, hungry for more yesses. What I got were hundreds of no's but I kept trying. I kept pushing. I kept writing and I got better. That's what happens when you work hard.

DHS: How did you learn to become a writer?

AC: By becoming a voracious reader. I have always been in love with books and in love with stories. As a youth, it probably began with Dr. Suess and then Lewis Caroll's "Alice and Wonderland." Then I went crazy for Mary Shelly's "Frankenstein" and fell in love with J.D. Salinger's "Franny and Zooey." To become a writer, I simply had to write badly until it gradually got better.

DHS: You reveal such intimate personal things about yourself, stuff that is forbidden in our culture, things that make people uncomfortable. Were you worried about how people would react? Have you gotten any slut-shaming as a result of this book?

AC: The slut-shamers have been disconcertingly quiet. Frankly, the part I was worried about the most was not the sex or sex work at all. I am a grown-ass woman who made her decisions: good or bad. The euthanasia chapter was my biggest concern because there are legal issues and personal issues regarding who was in the building; who was in the room with my mother and I. My step-father was amazing about it. He is a good man who does great things and he and I are on the same page politically. Also, I wondered how my actual Dad would respond but he's been very supportive. Right after a therapy session recently, I flat-out asked him not to read it.

DHS: There's long been a raging debate about whether sex work is tantamount to slavery, or on the other end of the bell curve, empowering. Where do you stand on this?

AC: I'm so glad you asked that question. It's a hard question and one I have been thinking about and writing about for a long time. In fact, this article just came out in The Nation that I plan to respond to this week. The article criticizes the "sex work as 'normal' work" battle cry of many educated feminists, of which I am one. And I don't fully buy into that line of thinking either. Some sex work is slavery, for instance, when it is. That line is not confusing to me. Sometimes women are enslaved and this is a horrific tragedy that needs to end. Because, the picture of the woman on a billboard who graduated from Mills College and is a sex worker looks really different from a girl sold by her family into prostitution or a young girl from the tracks here in LA. When it's a choice, Sex work can be empowering, validating, fun, sad, lonely, humiliating and lucrative. So can waiting tables. But, they are very different jobs because when you throw sex into the mix, all of a sudden people get uncomfortable and threatened. People don't go get a plate of pasta in a restaurant because they are dying of loneliness. But they will come to women in the sex industry for that reason. It's a troubling enigma. I stand in the crossroads of this debate and think you should ask a sex worker if she thinks it's slavery. Then go ask an employee of Walmart and compare answers.

DHS: The stuff in your book about your mom is so vivid and beautiful and sometimes excruciatingly painful. I'm not ashamed to admit that I cried when I was reading parts of it. Was it hard to write? Was it liberating? Painful? Or all of the above?

AC: I love tears. I am glad you cried and am honored my writing had this effect on you. I love reading stories that make me feel strongly. My writing sucks when I am not crying while writing it. Tears are my jam. It makes writing in public places embarrassing for my friends.

DHS: It's really hard to write a good sex scene, but I really like your sex scenes in the book. They seem so real and vivid. How do you go about constructing a sex scene?

AC: Thank you. I'm always trolling for good sex scenes. Sex is dirty, messy and awkward. There's this crazy moment in Miranda July's story "Roy Spivey" where he asks her to bite him out of the blue and he's a celebrity, like Brad Pitt or Matthew McConaughey (who I would totally bite). I love that moment so much because it's strange. I think about what was awful and what was awkward and then what I felt like in my gut and go from there. Steve Almond writes great sex scenes because he seems most interested in that little box of shame that happens whenever two people get naked together. I try to remember that and make him proud.

DHS: Is it harder to be a sex worker or a writer?

AC: Writing is the hardest thing in the world. I just got 3 big rejections this week that stung. And the writing is not only excruciatingly hard work, it's impossible to get paid for it and it's never done. I was just telling my publisher, Tyson Cornell over coffee that I am too good at stripping and it makes it hard to leave. Sex work is a hard job, but I have clocked in my 10,000 hours so I suppose that makes me an expert. Maybe I should write a self-help book for strippers: A Stripper's Guide to Making a Killing Every Night.

DHS: You say that you became addicted to sex work. What do you mean by that?

AC: Sex work has saved me so many times in my life and this pattern can become addicting. Stripping and sex work has bailed me out, provided me with sexual validation, attention, money, filled me with desire, made me feel confident, smart and pretty. Also, in terms of direct service, this is a service job, when I make others feel desired and good, I feel like I have purpose. It's a lot of topless 12-stepping lately, meaning, I find myself babysitting a lot of rich drunk men. I call them cabs and they send them away. Offer me their father's planes or golf trips to Ireland. But sometimes they cry in my arms. Sometimes it gets very very real. Sometimes I kind of fall in love with them for their vulnerability and I take that into my actually pretty great big life and learn from it.

DHS: I hate to ask you this, but what advice do you have for sex workers?

AC: Do something else. While you are there, save your money and invest in your future. Play the long game. Try to remember to be of love and service.

DHS: I hate to ask you this, but what advice do you have for writers?

Antonia Crane is a writer, performer and visiting professor at UCSD. She's a columnist on The Rumpus and editor at The Weeklings and The Citron Review. Her work can be found in: Playboy, Cosmopolitan, Salon, PANK magazine, DAME, Slake Los Angeles, The Los Angeles Review and several anthologies. Her memoir, Spent is published by Barnacle Books/Rare Bird Lit.
You can Tweet her @antoniacrane and find her book here: Spent.

David Henry Sterry is the author of 16 books, a performer, muckraker, educator, activist, editor and book doctor. His anthology was featured on the front cover of the Sunday New York Times Book Review. His first memoir, Chicken, was an international bestseller and has been translated into 10 languages. He co-authored The Essential Guide to Getting Your Book Published with his current wife, and co-founded The Book Doctors, who have toured the country from Cape Cod to Rural Alaska, Hollywood to Brooklyn, Wichita to Washington helping writers. He is a finalist for the Henry Miller Award. He has appeared on National Public Radio, in the London Times, Playboy, the Washington Post and the Wall St. Journal. He loves any sport with balls, and his girls. www.davidhenrysterry