The magazine ad for ice cream maker Antonio Federici showed the nun eating a tub of ice cream, with text that read: "Immaculately conceived ... Ice cream is our religion."

The Advertising Standards Authority said Wednesday it has received 10 complaints from magazine readers who said the ad was offensive to Christians. The agency said imagery used to illustrate immaculate conception was likely to be seen as mocking the beliefs of Roman Catholics.

The Italian company said the idea of conception represented the development of their ice cream and the ad aimed to gently satirize religion.

Here's the ad (h/t the Guardian) 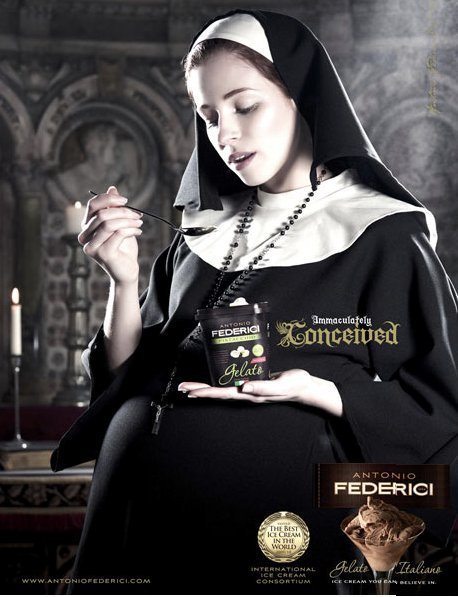