Perhaps one of the most persistent struggles when dealing with anxiety is what people get wrong about the disorder.

According to Joseph Bienvenu, an associate professor of psychiatry and behavioral sciences at Johns Hopkins University, there are many fallacies when it comes to anxiety disorders, and that can make dealing with it more difficult. These misconceptions are a common reality for those who either have the condition, know someone who is battling it or think they may be on the brink of a diagnosis. We've debunked the 10 of the most common myths about anxiety and panic disorders.

People with anxiety are feeble. 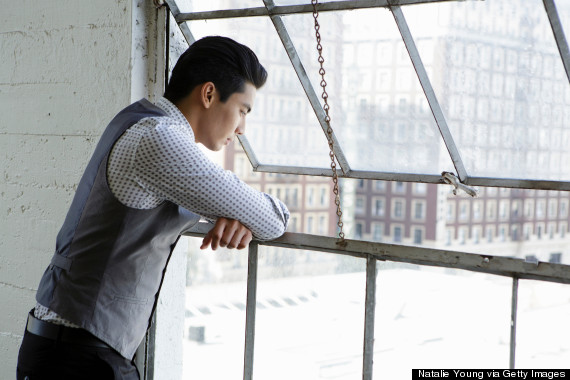 "Many people think that having this disorder means that they're fearful or weak -- and that's certainly not the case," Bienvenu says. He explains that while many anxiety and panic disorders can stem from fear, that characteristic of the condition isn't the only component -- and it definitely shouldn't be used to define the person.

In an effort to explain what it's like to deal with fear-based anxiety, clinical psychologist Bill Knaus detailed the everyday trials of the condition in a Psychology Today blog post. He describes how anxiety can also manifest from something we're all familiar with: remorse. "Recurring anxieties and fears can feel like walls on each side of a trail painted with murals of regrets," he wrote.

Having anxiety isn't a big deal.

According to Allison Baker, a child and adolescent psychiatrist and the director of the adolescent program for Columbia University Medical Center, the disorder isn't something to be swept under the rug. Anxiety disorders can accompany or have the potential to lead to other illnesses such as depression and substance abuse problems.

When it comes to children and teens, Baker also says that many kids don't speak up about their anxiety because they don't notice that it's a big deal. "Anxious kids, at the end of the day, they're not the squeaky wheels," Baker explains. "They most often just internalize an anxious experience. They don't raise flags or cause anyone grief, so they kind of get neglected in the process."

The condition is not that common. 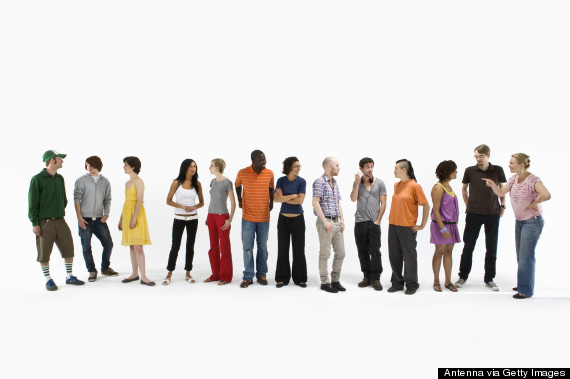 Anxiety disorders affect approximately 40 million American adults per year, which is about 18 percent of the country's population. According to Baker, anxiety disorders are also one of the most prevalent pediatric psych conditions.

Issues with anxiety stem from a poor childhood.

Another common misunderstanding about anxiety is that it comes from issues deeply rooted in the past. While past experiences certainly can have an influence on anxiety, Bienvenu says this idea is a misunderstanding. "It's not that having a difficult childhood is completely unrelated, but having a difficult childhood can be related to all kinds of things, not just anxiety," he says. "Some people have great childhood and still have anxiety."

According to the Anxiety and Depression Association of America, most professionals have the patient focus on the here and now during therapy-based treatment as opposed to reflecting on what has occurred in the past. Studies have also found that practicing being present through mindfulness meditation can help reduce levels of anxiety and mental stress.

People suffering from anxiety should just avoid whatever is causing their fear. 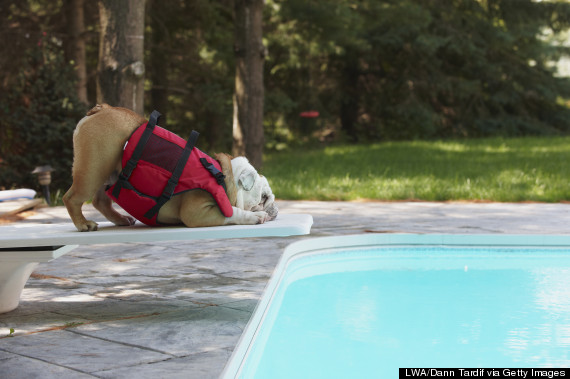 Instead of running from fear, experts suggest just the opposite. "Avoidance is not a good strategy," explains David Spiegel, Stanford University’s associate chair of psychiatry and behavioral sciences. "Avoiding [what you're fearful of] makes it like it isn't happening -- and the more you avoid it the worse it gets. For people with phobias, the only experience they have [with that particular stressor] is a horrible one but it is possible to normalize it. The more you deal with things that stress you out, the more master you have over them."

In an essay for the New York Times, New York University neural science professor Joseph LeDoux explained that while some avoidance might be helpful in certain cases, general avoidance behavior may only exacerbate the condition. "People with social anxiety problems, for example, can easily circumvent anxiety by avoiding social situations," he wrote. "This solves one problem but creates others, since social interactions are an important part of daily life, including both professional and personal life. But if one is avoiding situations where these cues are likely to be encountered, the opportunity to extinguish fears by exposure never occurs and the anxiety continues indefinitely."

The disorder will resolve on its own.

"Many people believe that anxiety isn't something worth assessing," Baker says. "But it's important treat anxiety, especially in children and teens. If untreated, it can be associated with an increased risk with depression." There are several methods of treatment for anxiety, including psychotherapy and medication.

Unwinding with a drink can soothe an anxious person. 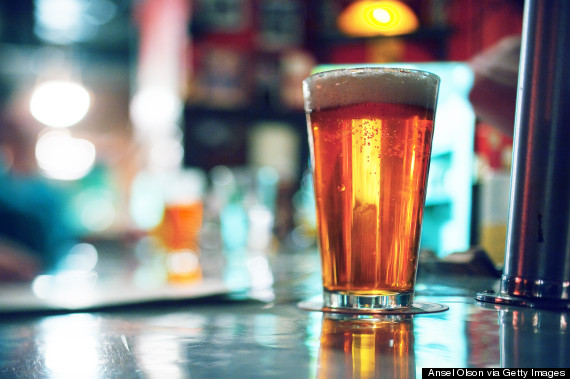 Despite its reputation for "taking the edge off," don't expect a beer to relax someone who is struggling with an anxiety or panic disorder. In fact, according to Keith Humphreys, a professor of psychiatry at Stanford University, it may end up only making the condition worse. "In the short term, yes perhaps it will, but in the long term it can be a gateway for addiction," he previously told HuffPost Healthy Living. "It's dangerous in the long term because those substances can be reinforcing the anxiety."

Despite the risks, a study published in the Archives of General Psychiatry found that most people suffering from some form of anxiety try to relieve it by self-medicating with substances. The study revealed that 13 percent of the people who had consumed alcohol or drugs in the previous year did so in an effort to reduce their anxiety, fear or panic about a particular situation.

Anxiety is only born from a certain fear or trauma. 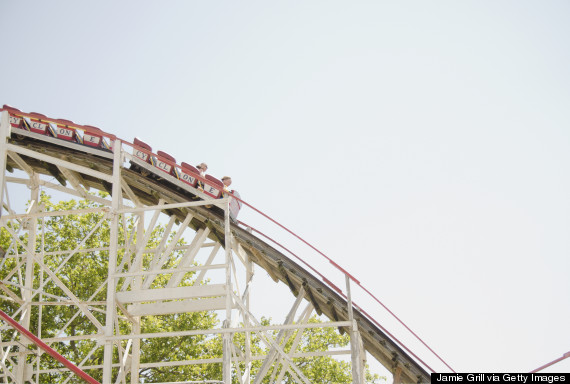 According to Bienvenu, it's incorrect to think that anxiety mostly comes from a specific experience or fear. While a certain phobia -- like flying or great heights -- can often be at the core of the condition, there's also a genetic basis to anxiety disorders, he says.

According to Spiegel, chronic anxiety encompasses more than just one particular instance of fear and begins to make you less aware of what you're feeling in the moment. "You start to feel anxious about being anxious," he said.

There's nothing you can say to help an anxious person relax.

There are many ways you can offer to help someone dealing with the condition, Baker says. If you're looking to put someone you know with anxiety at ease, the best thing to do is to ask questions. "Inquire from the person, 'How can I be helpful?' 'What can I do or say that's going to help you in this moment?'" she says. "Take your direction from the person themselves instead of going on the assumption of what they may need from you."

You should avoid certain phrases when speaking with a loved one who may be suffering from anxiety disorder. According to Humphreys, being sensitive to the situation can also help. "The paradox is, [an empathetic phrase] helps them calm down because they don’t feel like they have to fight for their anxiety," Humphreys said. "It shows some understanding."

It's hard to relate to someone who has the condition. 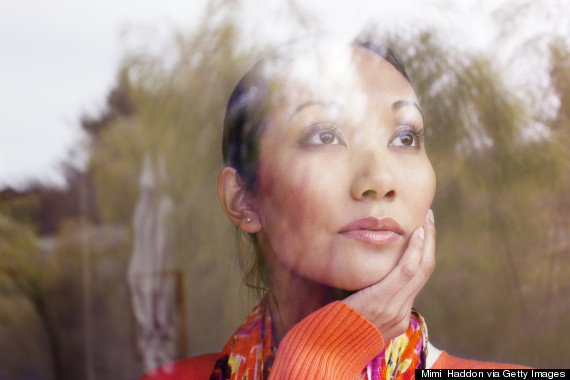 We've all been caught up in a moment that brings up those pangs of nerves, Baker explains. "We all experience anxiety in some capacity," she says. "It helps us prepare for speaking in public and it motivates us to practice or rehearse; everyone can relate to what that experience is like. An anxiety disorder is when those run-of-the-mill butterflies become a chronic daily experience."

In order to assist a loved one who is suffering from the condition, Baker says it may be helpful to recall some of your own experiences. "Imagine what those would be like in progressive state," she says. "It may make you more empathetic to the situation."