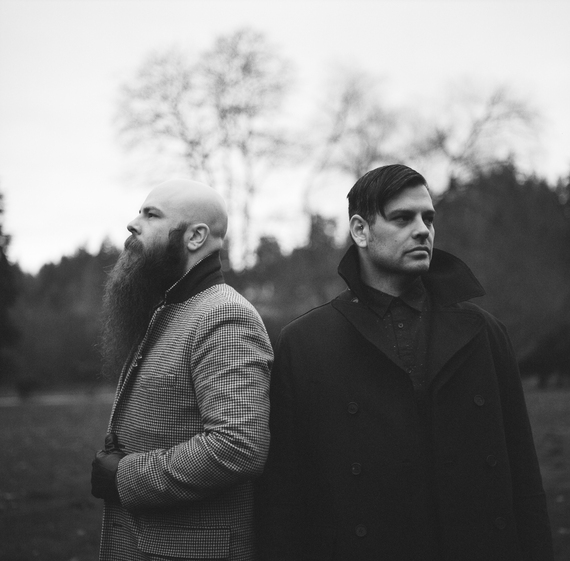 Ryan Clark of Demon Hunter and Ryan Clark of Project 86 have been collaborating on a new album, "Anxiety" for their group, Nyves.

Recently, their video for "Return," was featured on ESPN. I was curious to see what this band was all about. Last week, Ryan Clark answered a few of my questions about the band, the boxing video and the album,"Anxiety."

• How did you wind up getting the video for " Return" on ESPN?

Our publicity team reached out to ESPN to see if they would be interested, given that the video is centered around a boxer, and they loved it. We're excited to have the video featured somewhere outside of the norm, and the concept gave us a great, out-of-the-box opportunity.

It probably didn't hurt that the Mayweather/Pacquiao fight just happened - that was a serendipitous event for us. I'd like to say we planned for it, but it just turned out to be good timing.

• What was the catalyst for starting Nyves? How did you guys meet?

It wasn't until 2013 that we decided to work together on this project. We didn't exactly know how to categorize the project until we dove in, but it quickly became clear that we really enjoyed working together - our taste in music is very compatible, and this has been a refreshing journey for both of us. The rest is history.

• What do you think the difference between techno and electronic music is?

I don't know if I can answer that question with any kind of authority, but it seems to me techno is a more of a sub-genre of electronic music.

Electronic music is usually created primarily with synthesizers (and these days, computers), so that's a pretty wide umbrella. When I think of techno, I think of the early days of European house music and the like - repetitive, throbbing, lacking typical song structure, usually instrumental - club music, more specifically... but it almost feels like a dated moniker.

• Have you had any anxiety about releasing "Anxiety"?

Not at all. The title for us is almost sarcastic. Ryan and I are extremely chill guys.

• Is the band named after Project 86's "Knives to the Future?"

No, the name NYVES predates the Project 86 album. We wanted a short, single-word name... and pretty much every name is taken these days, so to avoid duplication, we opted to spell the word phonetically. As a graphic artist, I wanted a name that lent itself to sharp, angular typography. The original iteration ended with a 'Z' for maximum stright-line-ness, but it felt a little cheesy.

Ideally, this project would be something that exists outside of that categorization, but we understand people are going to want to put a label on it. The misconception being that, firstly, music (and not people) are Christian... and secondly, that if it's not Christian, it's secular. That's to say nothing of the fact that Christian music is the only genre categorized by it's subject matter, which just further convolutes the conversation. Ultimately, I like to think it's not that simple, but I'll leave that debate alone for now. I'll let other people label it if they need to.

My worldview is the same as it's always been - and that seeps into everything I do, but the point of NYVES is to allow me a different approach. It's not a counterpart to any other band, but its own entity.

• Have you had a good response regarding the new video and album?

It seems the response has been very good. It's obviously not for everyone - especially given our other past (and current) musical endeavors, but we've been stoked to hear a lot of great feedback from people that have long been fans of our metal/hard rock stuff.

Ultimately, we wanted to do something that was fulfilling and new for us. It seems most "metal guy" side projects are just different (but also very similar to their usual gig) metal bands. We appreciate anyone taking this left turn with us.