Jon Hamm, as Don Draper, deserves a happy ending. Not what he got. No woman to call his own.

Don was no more promiscuous than Pete Campbell (Vincent Kartheiser) and Roger Sterling (John Slattery), both given shots at happier-ever-after.

Arguably, Draper is a better man than Pete or Roger on all counts. Adopted at birth, the son of a prostitute, father unknown, Don has had to pull himself up by his bootstraps. Dartmouth man Pete Campbell and Roger Sterling, son of the name partner in Sterling Cooper, have far fewer excuses for their moral lapses and serial adultery. Don has shown a lot of growth and compassion for others during the course of the series. Roger and Pete? Not so much.

Is Stan sloppy seconds? Peggy Olson (Elisabeth Moss), whom Don promoted out of the secretarial pool, not-so-secretly longs for him. Her co-worker Stan Rizzo (Jay R. Ferguson) knows it, and says so in the office finale, shortly before he locks lips with her.

Ironic, Don's confession to cradle Catholic Peggy, considering her stubborn refusal to confess her out-of-wedlock birth to a priest, wonderfully portrayed by Tom Hanks' eldest son, Colin Hanks. It was no secret to the priest what had happened.

And why no Don flying back east to spend time with wife #1, played by January Jones? Instead, we get a person-to-person phone call to exchange last words in this earthly life? Very disappointing, especially since there are obviously still strong feelings between Don and his Birdie. Where's their final passionate good-bye kiss with perhaps the Ann-Margret song, "Bye, Bye Birdie" from an earlier Mad Men episode, playing in the background?

What we got was Don and Betty crying long distance together at the unfairness of Betty's cancerous twist of fate. Seems cruel, no touching last good-bye. Plus, let's not forget Jon and January had great chemistry.

The last shot we see of Betty, shows her sitting alone at the kitchen table, chain-smoking. Perhaps, what's meant by the title of the series pilot, "Smoke Gets in Your Eyes."

For smoke gets in Betty's eyes, preventing her from seeing and thinking clearly, like her decision to leave her three children in the custody of her battling brother and sister-in-law, as if they can do a better job parenting than biological dad, Don. That couple can't even take care of themselves. Constant conflicts with Betty and each other. Bickering over finances. Making decisions based on greed and their desire to shore up their own assets, the heck with the best interests of the children.

Left unanswered. Is Don expected to pay Betty's brother child support for wresting his three children away from him?

What should happen next? SPOILER ALERT: Don is smiling in the closing scene because he's NOT going back to McCann Erickson. How could he? And Don didn't do the Coke ad. Don is smiling because he is going to accept Joan's partnership, the one Peggy turned down. The series' heartthrobs, together at last. Remember, Joan and Don nearly got together one Christmas over drinks at a bar. To be continued. The Mad Men sequel's title? Mad Women, Mad Men. In that order.

The genius of Wesleyan/USC-educated Matt Weiner's Mad Men is it doesn't focus on the hippie drug culture as so many shows about the 60's have. Mad Men is about what "the great silent majority" of Americans, a term coined by President Nixon, actually did in the 60's, which wasn't dropping out. It was about putting on a suit every day, going to work, doing their jobs, paying their bills, raising their children, filling out their 1040s, and showing up at the polls to vote when election time came around.

The business of America is business, and Mad Men did a terrific job of portraying the advertising business as a microcosm of American society.

We need and deserve a better Mad Men ending though for Don, not Don in preppy garb, sitting cross-legged on a grassy knoll in the Golden State, chanting. This articulate ad man's last words to viewers were "Om, om...." Too out of character. Too much of a departure from who he is to close the series.

Otherwise, with no sequel series, or at least a feature film, we are left with the mad men memory of 70's bad hair days and mutton chop sideburns in perpetuity. Not a lovely legacy.

And that Coca-Cola ending? Been there. Done that.

As Lathrop dorm social chairman at Vassar sophomore year, I snail mailed to nearby men's colleges mixer posters drawn by a group of us, sitting for hours with colored pens and paper, spread out on the floor of a classmate's room. Email had yet to be invented. The posters parodied Coca- Cola's "It's the Real Thing" campaign: "Vassar The Real Thing: Why Settle for Less?" A dig at the other Seven Sister colleges, competing for the same pool of men. And it worked. Thanks, Coke! Too many guys showed up. We didn't run out of beer or Coke, but we ran out of women! And I was summoned to the dean's office, another story for another day. 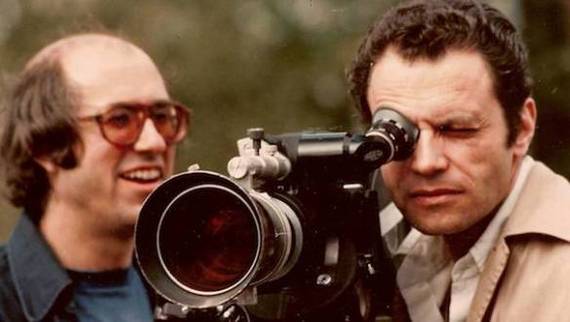 Attribution of that iconic Coca-Cola ad to Don Draper falls flat, fizzling out because we all know Don Draper didn't create it. There are real people in real life like Bill Backer and Harvey Gabor responsible for that spot. To attribute it to Don, and Don alone, asks for too much of a suspension of disbelief from Mad Men viewers.

A schmaltzy sequence to tie up loose ends with music underneath, makes no sense for Mad Men, either. Not that kind of show.

Mad Men's closing sequence made me feel as if I were watching Yale Prof. Erich Segal's bestseller, Love Story from 1970, made into a film, with Ryan O'Neal and Ali McGraw, lying on their backs, waving their arms back and forth, making angel wings in the snow, or eating popcorn popped on a hallway hotplate at Vassar, then squeezing into the dorm's tiny TV room near the White Angel's desk, watching The Mary Tyler Moore Show Saturday nights when we weren't at Yale or Princeton, just waiting for Mary to toss her beret! That's not Mad Men. That's another story. Mine.

Lonna Saunders is Class Historian for Vassar's first coed freshman class and has served as Class Correspondent for the "Vassar Quarterly" and as a class officer. She is working on a book and screenplay about her historic college experiences. Lonna may be reached at lonna2@msn.com.