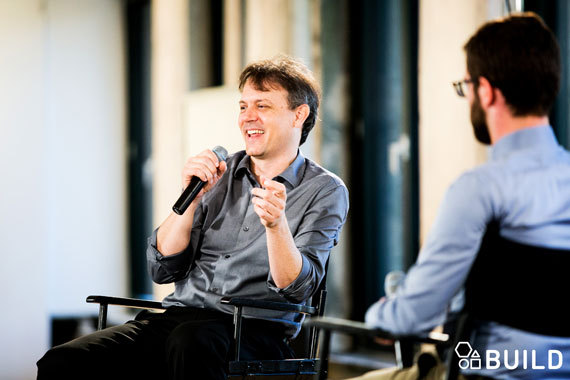 Self-proclaimed "front page of the Internet," Reddit is the tech world's "new black." From social media and entertainment to news and video content, virtually everything and anything will populate onto Reddit.

Brian Knappenberger, documentary filmmaker and producer, retraces the life of Reddit co-founder Aaron Swartz in The Internet's Own Boy: The Story of Aaron Swartz. Swartz, an activist and internet pioneer, has dedicated his career to freeing public information. His political engagement and activism came to the public's knowledge through the highly-covered thirteen-felony count indictment following Swartz' download of over 4M academic articles from the MIT JSTOR database. He faced up to 35 years in prison.

Brian Knappenberger joins the AOL BUILD Speaker Series to discuss the Kickstarter campaign that produced The Internet's Own Boy: The Story of Aaron Swartz, its nomination to the 2014 Sundance Film Festival, and his hopes to serve Swartz's vision.

Check out the AOL BUILD segment below for the inspiration behind Knappenberger's documentary.