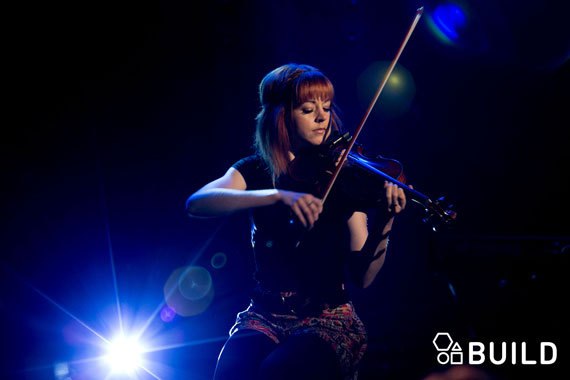 "'You're too different' is what everyone said (...) I think it's so ironic that the very reason I was told I would never be successful, is the reason I get to live my dreams." - Lindsey Stirling.


Lindsey joined AOL BUILD to share her personal journey and rise to stardom. Full of promise, talent, and a unique vision that didn't fit the cookie cutter categories of the music industry, being different has been the winning ticket for Lindsey Stirling. She has paved her way to the top, maximizing on the hyper connectivity of today's social media generation. Like many 21st century artists, YouTube remains her first and most faithful stage. Her success has yielded over 700M views with a 5M strong subscriber base (not to mention over 310K+ Twitter followers.)


Following her American's Got Talent elimination, she created her own sound and style that has people noticing--including Grammy award-winning John Legend. Her latest album, "Shatter Me," shot to number one on iTunes in both Classical and Dance/Electronic charts.


Watch the AOL BUILD segment below to find out how it was working with John Legend on his "All of Me" music video, and delight in Lindsey's live performance in the legendary AOL Sessions Studio.

For more information , check out AOL's Homepage: Lindsey Stirling starts the rise to fame -- on her own terms.