Broadly speaking, Pew said, "public interest in a trio of controversies connected to the Obama administration has been limited."

Even so, the study also showed a plurality of people disapproving of the Justice Department's actions, by a margin of 44 to 36 percent. (20 percent had no opinion.) Among people following the story closely, 55 percent disapproved.

There was a sharp political split in the response; Democrats narrowly supported the DOJ, whereas Republicans backed the AP: 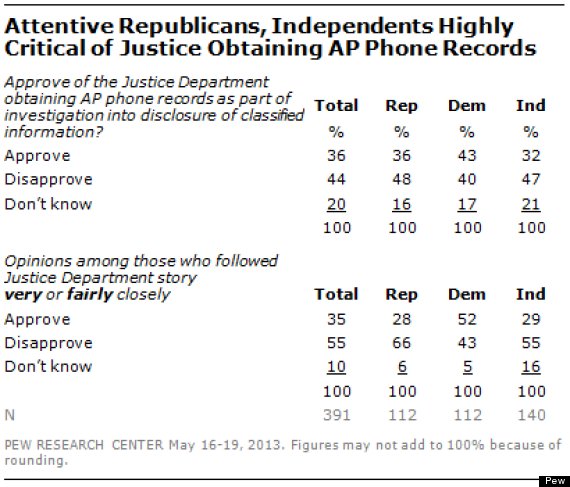 Jay Carney And Eric Holder vs. The Media